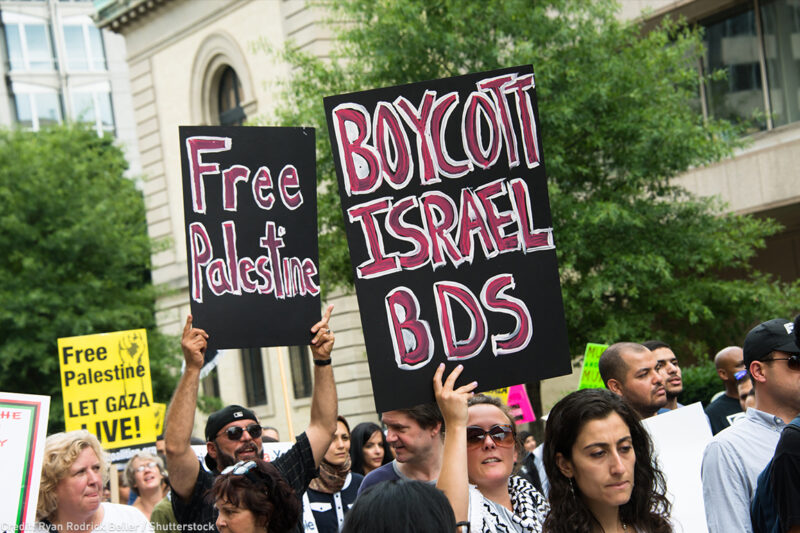 A new wave of state laws that try to limit Americans’ constitutional right to engage in political boycotts is now 0 for 2 in federal court.

On Thursday night, a federal court blocked Arizona from enforcing a law requiring state contractors to certify that they are not participating in boycotts of Israel. The court agreed with the ACLU that the law likely violates contractors’ free speech rights under the First Amendment.

“A restriction of one’s ability to participate in collective calls to oppose Israel unquestionably burdens the protected expression of companies wishing to engage in such a boycott,” U.S. District Court Judge Diane J. Humetewa wrote in her decision issuing a preliminary injunction against the law.

This is the second federal court to consider this type of boycott ban, and they both came to the same conclusion. Earlier this year, the ACLU successfully blocked a remarkably similar law in Kansas. In that case, the court held that the First Amendment protects citizens’ right to “band together” and “express collectively their dissatisfaction with the injustice and violence they perceive, as experienced both by Palestinians and Israeli citizens.”

We filed the Arizona lawsuit on behalf of Mikkel Jordahl, an attorney who has contracted with the state for the last 12 years to provide legal services on behalf of incarcerated individuals at the Coconino County Jail. Jordahl opposes Israel’s settlement expansion in Palestinian territories and what he considers Israel’s unwillingness to ensure the rights of Palestinians under its rule.

As a supporter of boycott campaigns targeting Israel, he refuses to purchase goods and services offered by companies operating in Israeli settlements in the occupied Palestinian territories. He wants to extend the boycott to his one-person law firm and to provide legal support to other boycott activists.

But Arizona’s law, enacted in August 2016, forbids state contractors from engaging in those activities. Last year, when Jordahl was asked to sign the no-boycott certification in order to renew his contract with Coconino County, he refused.

As the court in our case recognized, Arizona’s law directly violates state contractors’ First Amendment right to participate in collective efforts to advocate for social change. The right to participate in political boycotts was clearly established by the Supreme Court in NAACP v. Claiborne Hardware, a 1982 decision holding that the First Amendment protected an NAACP-organized boycott of white-owned businesses in Mississippi to protest ongoing racial segregation and inequality.

Quoting the Supreme Court, Judge Humetewa wrote, “The type of collective action targeted by the [law] specifically implicates the rights of assembly and association that Americans and Arizonans use ‘to bring about political, social, and economic change.’”

The Kansas and Arizona decisions send a clear message: The First Amendment right to boycott is alive and well. But our work is far from over. Similar contract requirements are on the books in Georgia, Arkansas, Minnesota, Texas, Ohio, Alabama, Pennsylvania, Michigan, Nevada, South Carolina, Rhode Island, Florida, Maryland, and Wisconsin. All of these laws violate the First Amendment. The hard work of repealing them should be taken up by state legislators who still value our constitutional freedoms.