A New Dawn for Hate? 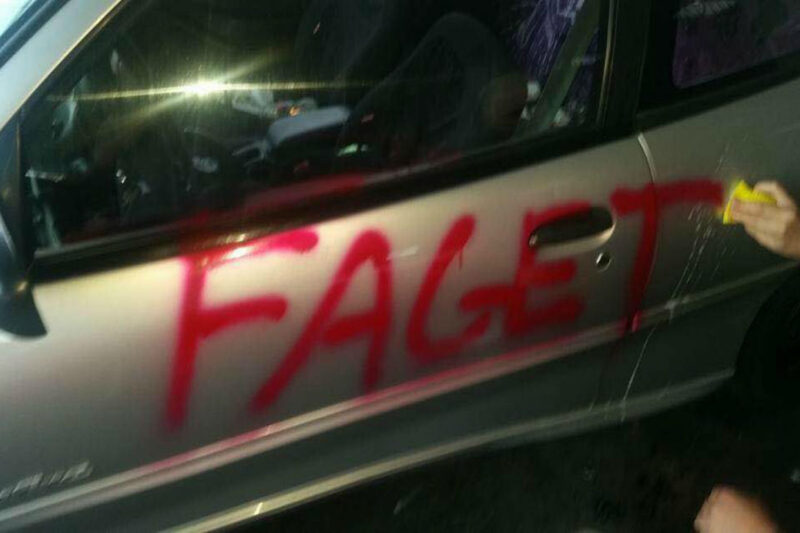 This morning, in Ogden, Utah, Aaron Feller McFarland and his husband, Nik McFarland, woke up to find the slurs “FAGET” and “HOMO DIE” emblazoned across their car in blood-red spray paint.

Yesterday, Nancy Leong experienced a more casual form of harassment. On her morning run in Denver, as a car whooshed by, a man screamed at her, “Build that wall!” Never mind that Nancy, an associate professor at the University of Denver Sturm College of Law, is an Asian American, born and raised in this country. Her brown skin and dark brown hair were all that were required to raise the ire of her harasser.

Stand with us to protect everyone’s rights

Aaron, Nik, and Nancy are not alone. A mere three days after the election, reports of harassment and violence directed at people of color, immigrants, LGBT people, Muslims, and others have been pouring in. Shaun King, the senior justice writer for the New York Daily News, has received dozens and dozens of reports of abuse and is chronicling them on Twitter. The Southern Poverty Law Center is also collecting reports of racist harassment, as are various news outlets. 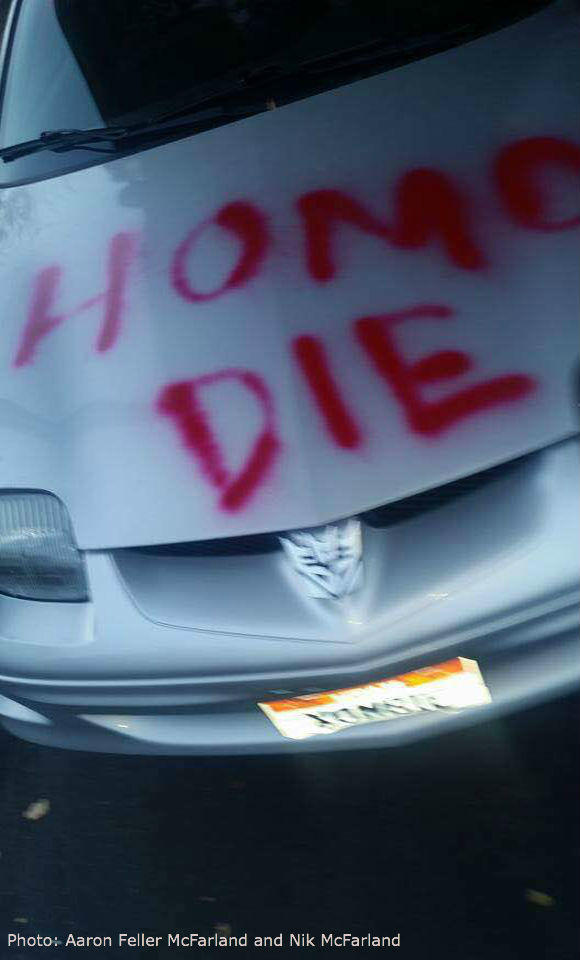 The harassment and discrimination has been widespread, targeting people based on race, ethnicity, and national origin, as well as religion and sexual orientation. Not surprisingly, in light of promises to ban Muslims from our country and to single out American Muslims for surveillance, many of the victims have been Muslim. A San Diego State University Muslim student was robbed, for example, by two men who made comments about Donald Trump and Muslims. The student was wearing a hijab at the time.

The reaction among affected communities runs the gamut. Some victims of these attacks are speaking out and inspiring others. At the same time, many people are fearful and unsure what to do.

When the government violates constitutional and statutory rights, the path forward is much clearer: We take legal action to stop the violations and restore equal protection for all. Indeed, the ACLU has already made clear to President-elect Trump that we’ll see him in court if he tries to implement any of the unconstitutional policies he proposed during the campaign, many of which would harm the very people already suffering harassment days after the election. And, in that vein, we urge everyone to review our Know Your Rights resources, which cover a wide range of civil liberties, such as your rights when questioned by police or when protesting.

But what can we do when private citizens — emboldened by political leaders — travel down the reprehensible path of hurling bigotry at their neighbors? When the harassment takes place in public schools and the work context, school officials and employers have an obligation to stop it because it is their responsibility to ensure that our schools and workplaces are safe for all. And when the harassment involves violence or threats of violence, law enforcement has a duty to intervene, no matter the race, religion, national origin, sexual orientation, or other identity of the perpetrator or victim. We are all entitled to bias-free, equitable police protection — a right that is more important now than ever.

Yet, even when such harassment does not take place in school or the workplace or does not involve physical violence, it can still exact an extraordinary human cost. Victims often experience the harassment as an attempt to intimidate them and to force them out of public spaces and social and political communities. This we cannot allow.

In some situations, when any of us are witnessing harassment as it is happening, we can stand up and help. Earlier this year, French illustrator Marie-Shirine Yener sketched out a four-step plan to help bystanders of anti-Muslim harassment defuse the situation by engaging the victim in conversation and building a safe space for him or her. But, as some have pointed out, the intervention Yener proposes might not always work and could end up escalating some situations, so it has to be employed cautiously.

If this is indeed a new dawn for hate, then we must use the sunshine to our advantage. We must embrace the victims of harassment with warmth and love, and we must shine the brightest light possible on these acts of bigotry. We must encourage those targeted to keep documenting the harassment for the public record in any way they can — through Twitter, Facebook, or any other medium — and we must amplify their voices. When they don’t have the strength to document the harassment, we must (with their permission) do it for them. And we must find ways to speak out against and condemn such harassment: Every. Single. Time.

Will you join us in pledging to speak out against bigotry and harassment until the sun finally sets on a renewed wave of hate? Make your commitment known in the comments!