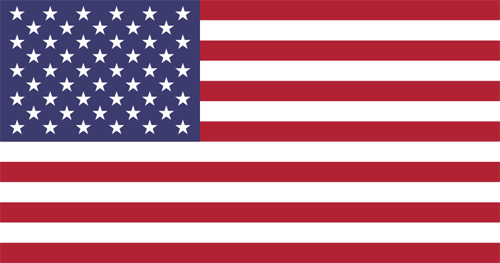 Throughout the country, many of us have rightly been long concerned about the danger of the government using taxpayer funds to covertly influence public opinion. This issue came up again recently as part of this year’s defense authorization bill, which passed the House of Representatives on Friday. Reps. Mac Thornberry (R-TX) and Adam Smith (D-WA) included an amendment that would remove an existing ban on the domestic dissemination of foreign-bound “public diplomacy” materials produced by the State Department and the independent Broadcasting Board of Governors (BBG). Reactions to the amendment have been mixed, with critics saying it would allow the government to pump “propaganda” into our own country. With only minor tweaks, however, the Thornberry-Smith Amendment is on balance a very good thing for free speech.

It is crucial to understand two things.

First, the current ban (which also exempts covered material from release under the Freedom of Information Act), has its origins in the red-baiting days of yore. Imposed by the Smith-Mundt Act of 1948, the ban was motivated by fear of subversive elements at the State Department, which was seen at the time by many Cold War hawks as a Communist redoubt. When the first incarnation of the Smith-Mundt Act was introduced by Rep. Sol Bloom (D-IL), Rules Committee Chairman Eugene Cox (D-GA) decried giving the State Department the ability to engage in public diplomacy because it was “chock full of Reds” and the “lousiest outfit in town.” Although we should certainly be concerned about any arm of the government pushing a particular viewpoint on the American people (be it left or right), the absolute ban on Americans even accessing this material was an overreaction born of this kind of hysteria.

Second, the Thornberry-Smith Amendment contains an express prohibition on the use of any appropriated funds to “influence public opinion in the United States” (see new Section 208). Further, the amendment narrowly applies only to the BBG and the State Department, which both operate under existing checks on their authority that would prevent what we would consider “propaganda.”

The BBG is an independent entity that oversees outlets such as the Voice of America (VOA), Radio Free Europe/Radio Liberty, and Radio Marti, which broadcasts to Cuba. Its board is comprised of nine members. Eight (split four-four, Democrat-Republican) are appointed by the president and confirmed by the Senate. The Secretary of State serves ex officio. As an independent agency, the appointed members are legally insulated from White House pressure. The BBG also operates under a charter that protects objectivity and journalistic integrity. As applied by the VOA, the charter imposes a number of safeguards to prevent propagandizing. For instance:

• VOA operates under the two-source rule. No journalist may present information as fact without two corroborating independent sources (unless directly confirmed by the journalist).
• VOA has a “legal” obligation to present news accurately and in an unbiased fashion; and
• VOA explicitly requires journalists to present alternative opinions or responses when reporting on a charge or accusation by one group or individual against another.

Much of the support for the Thornberry-Smith Amendment has focused on the fact that modern technology (and especially the Internet) renders the ban largely ineffective. For instance, it’s a simple matter to download VOA material, even though doing so is technically a violation of the law.

From a First Amendment perspective, however, the ban is both highly paternalistic and a nightmare for government transparency. As noted, State- and BBG-produced material are exempt from the Freedom of Information Act. And there are less restrictive means available than an outright ban to ensure that the State Department and BBG are not turned into organs of a domestic government propaganda machine. We should trust that the American public will be able to take government public diplomacy communications with a sufficient grain of salt to prevent undue influence.

Further, the current ban applies only to the State Department and the BBG. Other agencies—such as the Environmental Protection Agency or the Department of Energy—frequently produce public and media relations materials that are intended to promote their missions and accomplishments. The current ban just on State and the BBG is obsolete and outmoded (especially in light of the existing legal checks on covert propaganda, which does pose a danger of misleading the American public).

That said, the Thornberry-Smith Amendment could use two clarifying modifications. First, it should strengthen checks on communications originating at the State Department to further preserve objectivity, impartiality and to prevent the State Department’s public diplomacy agencies and bureaus (and especially the BBG) from being captured by any particular viewpoint or faction in government. Second, BBG- or State-produced material that is disseminated in the United States should be identified as government communications, and should provide the recipient the context needed to judge the impartiality and accuracy of the material in question.

To be clear, the ACLU has no problem with laws that prevent the government from using taxpayer funds to covertly influence public opinion (including, for instance, the ban on covert propaganda that is included as a matter of course in annual appropriations bills). The problem with the existing ban is that it denies Americans the ability to even access government communications. This is therefore more a question of government transparency and accountability than government propaganda, and the ban should be dispensed with.