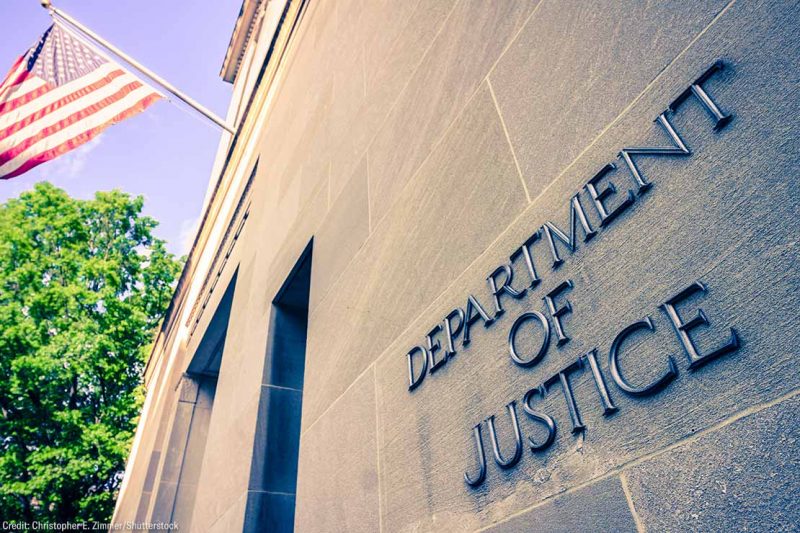 The trove of revealing data held by phone and email providers is proving too great a temptation for the Justice Department, even when the government’s spying threatens the freedom of the press. The department’s existing rules, which were supposed to prevent abuse, have failed and it’s time for new, robust limits that will adequately protect journalists — and the free press on which our democracy depends. In a welcome step, the Biden administration and Justice Department have announced a ban on efforts to uncover confidential sources by seizing reporters’ phone and email records. And today, the Justice Department’s Inspector General announced he would conduct an investigation into what occurred. But that’s not enough.

At a minimum, the Justice Department should enshrine its new policy in binding, ironclad rules. The White House and Congress also must work together to ensure this protection is permanent by formalizing it in legislation.

The latest abuse involves the Justice Department using secret court orders to obtain details about the communications of reporters at CNN, the Washington Post, and The New York Times. Because the purported justification for these orders is secret, the public doesn’t (yet) know why the department sought them, or why a judge thought they were permissible. In at least two of those cases, the demands appear to be in connection with articles touching on the 2016 presidential campaign.

The government gets away with broad surveillance, including against journalists, in part because it is kept secret. The Trump Justice Department took extraordinary steps to keep the news outlets from learning about its efforts, hampering their ability to fight back in court. The Biden Justice Department continued to insist on secrecy this year, allowing Google to notify a handful of top Times executives about the demand for reporters’ records, but imposing a gag order that prevented the executives from discussing the demand with others. Only after President Biden condemned efforts to seize reporters’ records as “simply, simply wrong,” did the Justice Department agree to lift the gag order on The Times and another on CNN.

But damage was already done. Telephone companies had already rolled over and provided some reporters’ phone records — records that could reveal all of a reporter’s sources, not just those related to this politicized investigation. And while Google went to court to protect the Times reporters’ email data, CNN had already been forced to turn over similar information after a protracted legal fight.

These problematic demands join a long list of recent abuses aimed at interfering with reporters doing the important work of holding the government accountable. The Obama administration oversaw nearly a dozen leak-related prosecutions, more than all previous presidents combined. The Justice Department’s efforts to compel a reporter to testify against his sources even prompted an appeal to the Supreme Court.

The ACLU has also sued the Department of Homeland Security for subjecting journalists to lengthy interrogations at the border, confiscating their cameras and notes, and even compiling secret dossiers that included reporters’ personal details, social media information, and descriptions of their migrant-related work. Even more recently, DHS compiled “intelligence reports” on two journalists writing (and tweeting) about the agency’s operations in response to protests in Portland — reports that DHS then distributed to law enforcement agencies.

Because independent journalism — especially on national security matters — often threatens entrenched power and the government’s chosen narrative, it is not surprising that snooping on reporters has proven a bipartisan affair.

Many of these past intrusions have prompted demands for greater protections for journalists. In 2013, the Justice Department secretly seized telephone records covering 20 phone lines used by reporters at the Associated Press. Following blistering criticism, Attorney General Eric Holder adopted new rules meant to safeguard reporters’ communications while allowing government access in certain circumstances. Those rules require high-level approval before investigators can seek this data. By default, the rules also require the Justice Department to notify a news organization in advance about any demand for reporters’ records, so that the organization has the opportunity to narrow the demand through negotiations or to fight it in court.

These rules are still in effect, but they didn’t stop the Trump administration from repeatedly seeking to seize reporters’ phone and email records in secret. Although the rules allow the attorney general to waive notice in exceptional circumstances — including where notice “would pose a clear and substantial threat to the integrity of [an] investigation” — the exception apparently became the rule inside the Trump Justice Department. It’s still unknown how the Justice Department justified these repeated departures.

As public outrage swelled this week, the Biden Administration announced that, as a policy matter, the Justice Department would no longer seek to seize reporters’ phone and email records in leak investigations, so long as reporters are “doing their jobs.” That caveat is unclear and worrisome, but the ban is still a welcome step. Rules that give law enforcement officials discretion have not worked.

But executive branch policies can be changed from one administration to the next, or secretly subverted without the public’s knowledge. That’s why we need permanent safeguards. To begin, the Justice Department should engage in rulemaking to enshrine the ban in regulation. We also need a federal reporter’s shield statute — one that imposes strict new limitations, safeguards vital journalism, and will outlast the policies or whims of any individual administration. Congress almost created a federal reporters’ shield law in 2010 when the House passed the Free Flow of Information Act, a version of which the ACLU supported. The time has come to renew those efforts.

The ACLU has previously issued recommendations meant to protect reporters from being forced to testify about their sources in leak investigations. The Justice Department’s recent demands for phone and email records are even worse for at least two reasons. First, they expose many of a journalist’s confidential sources to government scrutiny, not only the specific source relevant to the leak investigation. Second, a reporter will always have notice when their testimony is sought and they can decide to fight the subpoena or even to go to jail to protect their source, as many reporters have. But a secret demand issued to a phone or email provider comes with no notice and, as we’ve seen recently, often no opportunity to fight back in court.

Protecting reporters and an independent press requires at minimum:

Respecting the privacy of journalists promotes democracy. Journalists provide information needed for voters to evaluate candidates, political parties, and government policies. They uncover unlawful acts by elected representatives and expose government abuses of power. Protecting reporters and their sources from surveillance, including in leak investigations, is critical to ensuring that the press can perform its necessary role.