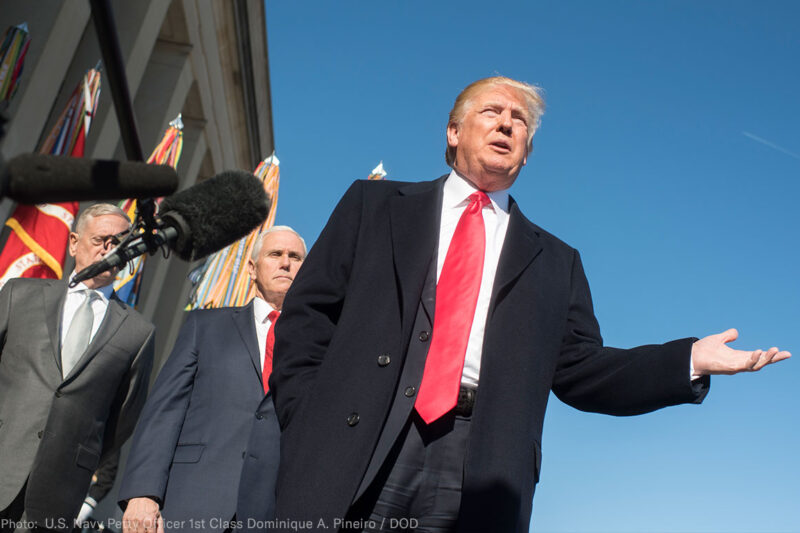 It’s no surprise that the Trump administration would like to find a way to stop the flood of leaks coming from the White House. But avoiding embarrassment is no grounds for government censorship, and the latest leak-plugging effort we’ve heard of violates the First Amendment.

The Washington Post has reported that senior White House staff members were pressured to sign nondisclosure agreements prohibiting them from revealing any non-public information they learn of at work. The draft NDA supposedly requires them to stay silent, not just while they are employed at the White House, but even after they leave — and to pay damages into the federal treasury if they speak out. In other words, it aims to muzzle them forever.

Such a broad agreement is unenforceable because the First Amendment protects federal employees’ right to speak in a private capacity about matters of public concern — and certainly the functioning of a presidential administration raises many issues that are of public concern.

Indeed, countless former White House officials have talked and written books about their time working for presidents, covering everything from decision-making processes and substantive policy debates to interagency turf battles and personal vendettas. Putting a gag order on these officials would leave the public in the dark about how the government works, preventing the kind of informed debate that is critical to democratic accountability.

To be sure, the government can restrict its employees from sharing certain information, such as properly classified material. But even then, laws restricting the sharing of classified information should allow room for whistleblowers to reveal evidence of government illegality or misconduct.

The ACLU has previously attempted to shed light on the federal government’s restrictive prepublication review system, which requires certain past and present federal employees to submit any works for security review before publishing them. That system gives government officials too much power to censor messages they don’t like.

The White House NDA, as reported, is far too broad to pass First Amendment muster. It purports to bar the discussion of basic details about the inner workings of the White House, even if the government has no legitimate interest in keeping that information secret. This would prevent the public from learning about many issues of critical public importance, including what decisions get made and who is making them.

It is ironic that the very existence of this unconstitutional tool meant to plug White House leaks was exposed by the press. But these NDAs can be harmful even if the White House never attempts to enforce them, because of the potential chilling effects they could have. Former aides could self-censor to avoid the risk of a legal fight, depriving us all of relevant information and opinions that could affect public debate. The First Amendment protects government employees’ free speech rights to avoid that very outcome.