The NYCLU Will Continue to Watch the NYPD, so Its Lawyers Don’t Institutionalize a Protester Prosecution Program 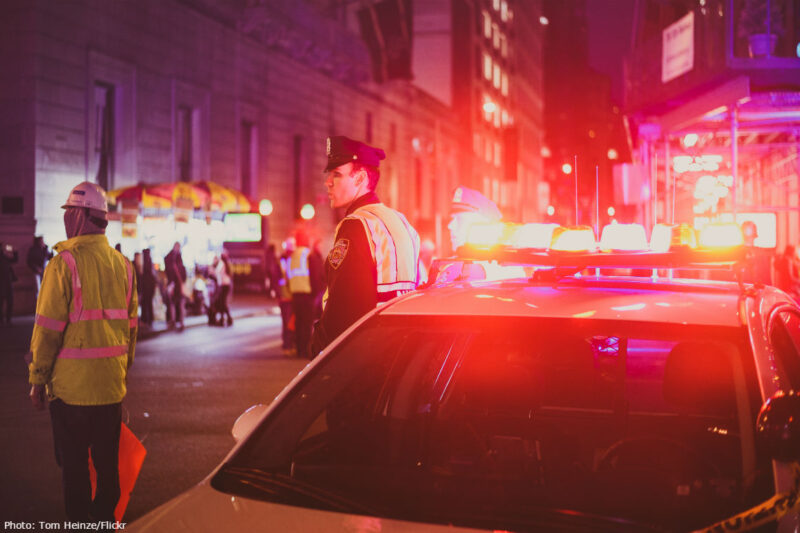 People who take to the streets to protest should not be subject to a different form of justice than everyone else. But lawyers for the NYPD are doing exactly that when they selectively step in and act as prosecutors in cases that involve demonstrators, reportedly to keep those protesters from suing the department for false arrest.

The eyebrow-raising agreement between the Manhattan district attorney’s office and the NYPD, in which the district attorney allows NYPD lawyers to prosecute certain criminal summons cases, was revealed by the New York Daily News earlier this year. Police officials told the Daily News that the arrangement came about after the NYPD grew frustrated with paying out settlements to protesters who sue after their summonses are dismissed. It’s important to note that the NYPD gets sued a lot. Over the last five years, the city shelled out $837 million in lawsuits brought against the police.

But when an NYPD lawyer steps in as a prosecutor, they aren’t necessarily looking out for the best interests of justice. Their top priority is protecting their department. In some instances, as the Daily News reported, NYPD lawyers acting as prosecutors have offered protesters the chance to make their charges go away if they admit to certain acts that would establish probable cause. This makes it more difficult for demonstrators to later sue the NYPD for costly damages, even if the officers violated their rights.

There is a danger that this way of doing things could mean demonstrators will receive a different version of justice than those accused of other crimes. It could also mean that protesters could be coerced into signing away their rights to sue out of fear that they could end up with a criminal record. These dangers aren’t lost on protesters. Two Black Lives Matter protesters sued the Manhattan district attorney’s office last month for allowing the NYPD to play prosecutor.

This arrangement also poses troubling risks to free speech. These dangers are all the clearer following the election of Donald Trump, whose campaign proposals shaped by hate, fear, and bigotry have already sparked widespread protest. We can safely expect thousands of people regularly marching in the streets of New York City if Trump tries to implement his dangerous agenda and those protesters should not be deterred by the threat of an NYPD lawyer putting pressure on them in order to benefit the department.

Under the new guidelines, the Manhattan district attorney makes it clear that the NYPD should focus on factors like whether a person has multiple prior convictions when deciding whether to send in a lawyer. The guidelines do not include factors like whether someone is likely to sue the police. This is a positive step, but it does not eliminate the conflict of interest that the district attorney’s agreement with the department presents. We will be tracking all future cases to make sure this doesn’t turn into a rogue NYPD protester prosecution program.

This effort is all the more important in the wake of President-elect Trump’s election. Thousands have already protested Trump’s frightening proposed agenda, and dozens of them were arrested by the NYPD. If Trump tries to implement his campaign promises, those protests will continue.

Demonstrators should not have to worry about being prosecuted by NYPD lawyers out to make sure they don’t sue the department when its officers abuse their power.