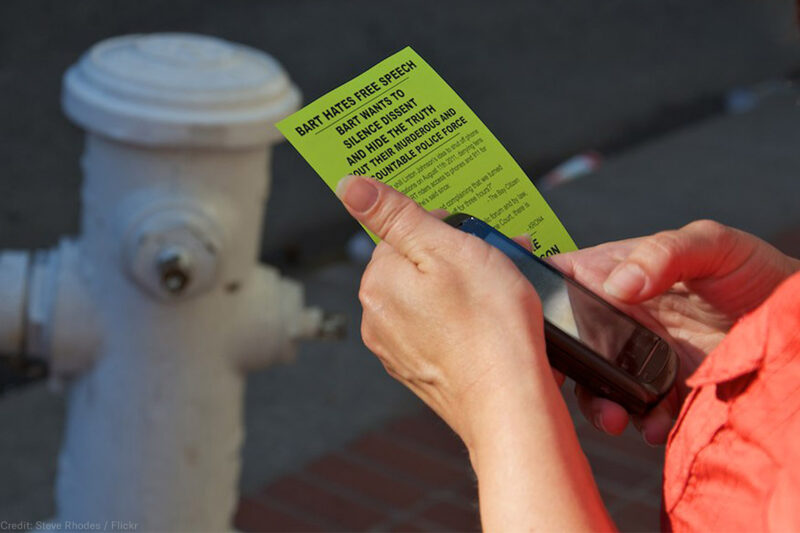 In the wake of the terrible Easter Sunday bombings in Sri Lanka, that government shut down access to Facebook, WhatsApp, YouTube, and other social media services. The shutdown garnered praise from some within the United States and other democratic countries, but as tragic as the circumstances may be, Americans must never come to see social media or other Internet shutdowns as anything other than an authoritarian power move and/or a mistake.

Some commentators seemed to have viewed Sri Lanka’s shutdown through the lens of their own fatigue with social media platforms and the nastiness that can take place there. Without doubt, social media connectivity has intensified not only the positive but also the darker sides of humanity. But it’s important that we all keep the bigger picture firmly in mind.

First, Internet shutdowns, which have become increasingly common throughout the world, have a close and odious association with very dark abuses of power. As Stanford expert Jan Rydzak has written, “large shutdowns sometimes accompany aggressive military or paramilitary operations, rendering them virtually impossible to document in real time by reporters and citizen journalists.” Numerous shutdowns have been observed in the Syrian Civil War, for example, “immediately prior to and during military offensives carried out by the Syrian Army.” Rydzak concludes, “Network disruptions and shutdowns provide an invisibility cloak for violence as well as gross violations of human rights.”

Many imagine that such shut-downs can be beneficial by helping squelch brewing sectarian or ethnic violence. But the evidence shows that’s false. A study of shutdowns in India, which has by far the most shutdowns in the world, found that they “are followed by a clear increase in violent protest.” Partly that’s because violent outbreaks are “less reliant on effective communication and coordination” than nonviolent protests. Most outbreaks of genocide have been planned or whipped up by those with centralized, top-down control of communications media (the Nazis in Germany, the Khmer Rouge in Cambodia, the Serbian authoritarian Slobodan Milošević in Yugoslavia, the Hutu elite in Rwanda). Internet shutdowns are a tool that increases and serves centralized power rather than curbing it.

As the Sri Lankan writer Yudhanjaya Wijeratne pointed out, “Right now, in a country with tight government controls on trad[itional] media, social media is a boon for us.” He continued, “violence in [Sri Lanka] began before social media, Internet, telephony. To a large extent much of race hatred is still fueled by print media in this country.”

Not only are shutdowns a bad way to dampen violence, but they have many negative collateral effects. Of course, they interfere with people’s rights to freedom of expression and freedom to peacefully assemble by making it much harder to publish and to organize. They deprive people of accurate information when they need it most, without any clear effectiveness in countering misinformation. They interfere with efforts to reach out, support, and express solidarity with communities targeted by egregious attacks. And they create a sense of isolation when communities can least afford it. As one Sri Lankan activist told the Irish Times,

The social media ban makes it difficult for activists to mobilise [and] make sure communities provide and are given accurate and timely information…. [It] does not counter malicious rumours and fear. It deepens a sense of isolation, and the sense that we are not getting clear information on the latest threats, which leads to panic.

Other negative effects reported by experts and those affected by shutdowns include:

Many who approved of the Sri Lankan blockages would never have supported such a move in this country. As Trevor Timm of the Freedom of the Press Foundation puts it, such views smack of paternalism — the view that “ ordinary Sri Lankans aren’t sophisticated enough to deal with these problems, we know better than they do, and we must trust their political leaders.”

Shutdowns in the U.S.?

When Americans look overseas and see governments shutting down or otherwise disrupting Internet communications, they should see nothing but counterproductive and authoritarian exercises of power.

We have seen hints of such abuses in the United States. Police in Baltimore asked Facebook to shut down a woman’s live video stream and then shot her to death. In 2011, authorities reacted to planned protests by shutting down cell service in the San Francisco subway system BART.

It’s also worth remembering that we currently have a president with marked authoritarian inclinations who displays no respect for the rule of law. That lack of respect has included a willingness to abuse his emergency authorities. And according to an analysis by the Brennan Center, those authorities include a provision of the Communications Act of 1934 that allows the president to shut down or take control of “any facility or station for wire communication” upon his proclamation “that there exists a state or threat of war involving the United States.”

We can hope that President Trump or any succeeding president, no matter how erratic, would never exercise such a power — but lauding these draconian practices in other nations can open the door to acceptance of similar abuses here in the United States.