Tofurky Has a Right to Free Speech, Too 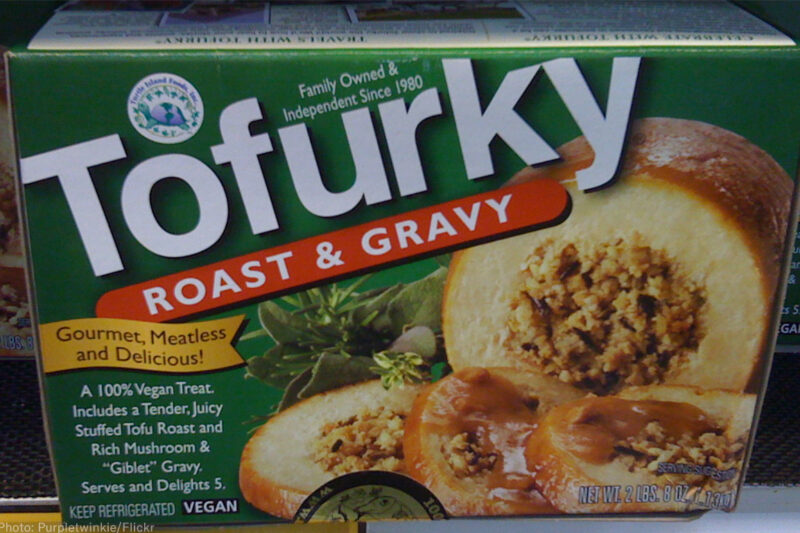 In a brazen attempt to restrict the First Amendment rights of those concerned with the effects of their food choices, the Missouri Legislature passed a law on Tuesday that prohibits “misrepresenting” any product as “meat” if it does not come from a slaughtered animal.

The new law now makes it a crime for plant-based and clean-meat producers to accurately inform consumers what their products are: Foods designed to fulfill the roles conventional slaughtered meat has traditionally played in a meal. For example, under the law, selling a vegan sausage would be illegal because the word “sausage” has been traditionally associated with animal meat.

This week, we teamed up with the Animal Legal Defense Fund, the Good Food Institute, and plant-based meat powerhouse Tofurky to challenge the law. We’re seeking an injunction to stop this unconstitutional law from being enforced.

What’s even more troublesome about Missouri’s law is that it’s so vague it’s impossible for companies to know what is and is not legal. It makes it a crime to share how a plant-based product replaces animal meat in a meal because the government has declared a preference in the marketplace. In this case, the state is suppressing the speech of plant-based and clean-meat corporations that are, in no way, trying to deceive consumers.

Legislators, however, claim this law protects consumers. That’s a bunch of bologna. The explicit aim of the law is to protect the state’s animal agriculture industry because meat producers feel threatened by plant-based and clean-meat products marketed as alternatives to slaughtered meat.

No one is confused when they see a Tofurky sausage or a veggie deli slice. In fact, the state’s consumer protection agency has no evidence of consumer confusion over the labeling of plant-based meats.

The First Amendment is our most powerful tool to keep the government from regulating our conversations. You may not like Tofurky or have an opinion about animal-rights activism — and that’s okay. This is America, after all. But your government, or any government for that matter, shouldn’t be able to restrict truthful speech because it’s not in their interest or because it’s trying to protect a powerful lobby from market competition.

With this law, Missouri has chosen to censor the conversation around dietary decisions in service of protectionism for a favored domestic industry. Everyone who cares about the Constitution should be concerned about that, regardless of what they put on their plate.

There’s nothing fake about Missouri’s censorship of free speech.