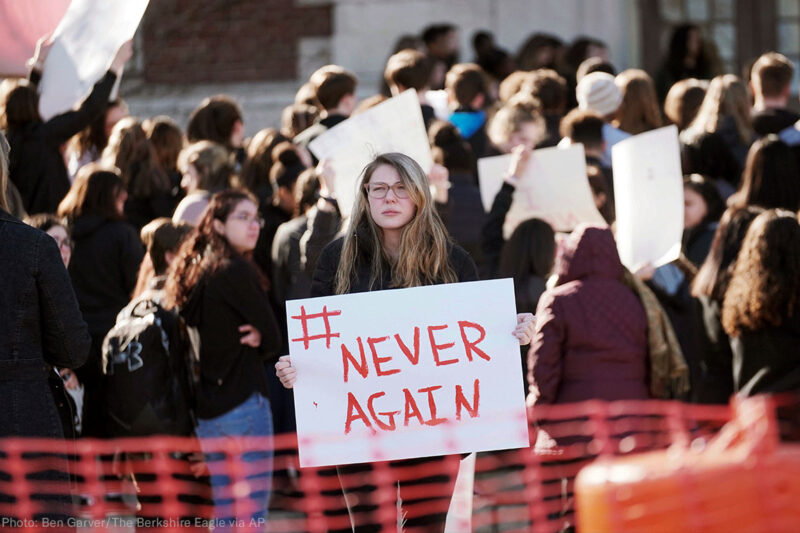 On Monday, the White House announced the creation of a Federal Commission on School Safety, chaired by Secretary of Education Betsy DeVos, to recommend proposals for school violence prevention. Included in the mandate of DeVos’ commission is a starkly worded objective: “Repeal of the Obama Administration’s ‘Rethink School Discipline’ policies.”

It’s fair to wonder what this plan is doing on a list of items supposedly responding to school shootings. Prior school discipline history does not indicate that a youth will commit a school shooting. In Parkland, discipline policies did not thwart the district from taking action, and the attacker had been expelled from school. In fact, while most perpetrators of school shootings are white, children of color and students with disabilities are the ones disproportionately subject to school discipline.

These race and disability-based disparities prompted the Obama-era Department of Education to issue school discipline guidance to combat this bias in the nation’s public schools. The guidance is based on a substantial body of research as well as the department’s own investigations, which included findings of “cases where African-American students were disciplined more harshly and more frequently because of their race than similarly situated white students.” The department’s final analysis: “Racial discrimination in school discipline is a real problem.”

The plain truth is that this has nothing to do with preventing school shootings — the administration has had its eye on repealing the Obama-era discipline guidance for some time already as part of its deregulation agenda. And while the guidance is still characterized as under review by the administration, Secretary DeVos tipped her hand on Sunday.

In an appearance on 60 Minutes, she stated that racial disparities in school discipline come “down to individual kids.” To be clear about the implications of this statement, Ms. DeVos is saying that when Black students are disciplined more harshly than their white peers, the fault lies with Black youth. Secretary DeVos isn’t grappling with the right approach to disparate school discipline; she’s denying the problem exists.

The call to repeal the guidance on disparate school discipline has nothing to do with addressing gun violence in schools. While the administration has backed away from efforts to examine real solutions, like sensible gun regulations, it is boldly and shamefully exploiting this tragedy to advance its efforts to roll back civil rights.