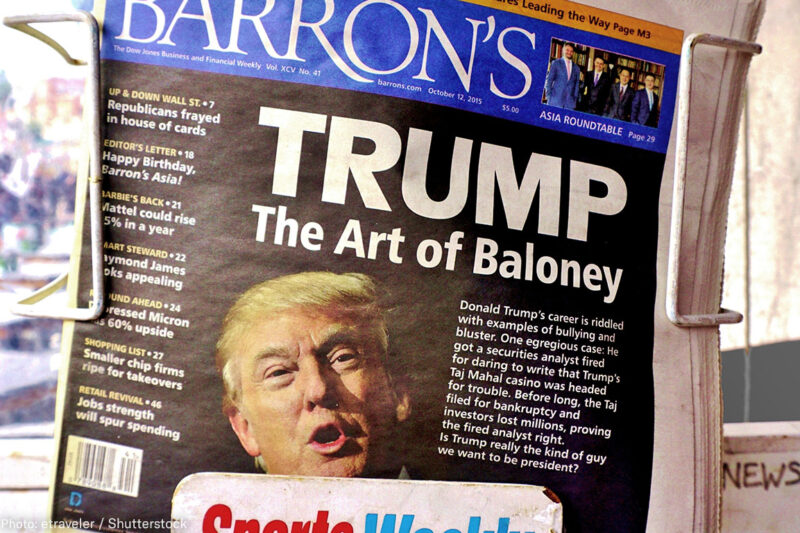 In the latest in a long line of attacks on freedom of the press, President Trump has once again threatened today to change libel laws to make it easier to sue news organizations, publishers, and others after the publication of an unflattering book.

“We are going to take a strong look at our country’s libel laws so that when somebody says something that is false and defamatory about someone, that person will have meaningful recourse in our courts,” Trump said.

Fortunately, there are two strong obstacles standing in his way. Chief among them is the First Amendment, which clearly protects freedom of the press. But the other main barrier is the inconvenient fact that there is no federal libel law for President Trump to bully Congress to change. Libel cases are based on state laws, which neither the president nor Congress has control over because of our nation’s federalist system.

The president no doubt has a very personal stake in this. Just last week, Trump’s private attorneys sent a threatening letter to the publisher of “Fire and Fury: Inside the Trump White House” just before publication, warning of libel liability if the book were released — which of course it was.

The Supreme Court has ruled multiple times that the First Amendment raises a high bar for any laws that might infringe on the freedoms of speech and the press. And that bar is even higher for libel suits brought by public officials because of the power they wield in society. For a public official to win a libel suit, the plaintiff must not only show that the defendant published a false and defamatory statement but that the defendant did so maliciously.

In the 1964 case New York Times v. Sullivan, the court found that a journalist who published erroneous information about a public figure without knowing it was wrong was constitutionally protected. The justices wrote that limitations on libel laws reflect our “profound national commitment to the principle that debate on public issues should be uninhib­ited, robust, and wide‐open, and that it may well include vehe­ment, caustic, and sometimes unpleasantly sharp attacks on government and public officials.” In a later case, the court said that if the legal system were to punish all false statements regardless of motive, it could “lead to intolerable self-censorship” by the press.

It’s a shame that the president continues to attempt to undermine one of the central tenets of our democracy. Luckily, the First Amendment and the press freedoms it protects aren’t going anywhere.