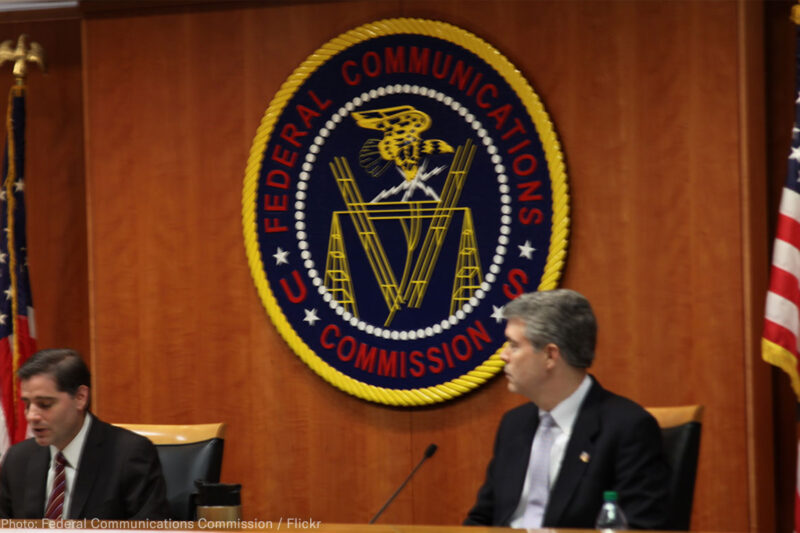 The FCC’s radical and foolish action today to reverse network neutrality protections means that we have lost an important battle in the war for an open internet. But that war is far from over.

Today’s FCC vote means that we will start to see the telecommunications companies intruding more on how we use the internet and becoming much more aggressive in their efforts to make money off their role as online gatekeepers. But nobody should think that network neutrality is dead. We at the ACLU and our allies will be fighting back — at the federal, state, and local level — to restore the protections that the FCC has now eviscerated. And there is plenty that citizens can do. But the clock is now ticking because Americans may soon begin to see negative changes in the internet they’ve always known.

Network neutrality is the principle that the companies that sell access to the internet (Comcast, AT&T, Verizon, etc.) don’t get the power to influence how people use the internet — for example, by discriminating in favor or against certain data based on who is sending or receiving it, its purpose, or its content. Essentially, that means treating the internet like the utility it is: We don’t allow the phone company to decide whether to connect us to a relative based on their view of that relative’s politics. And our free access to all internet sites should be just the same.

Today’s vote marks a radical departure from the policies of the past: Since the advent of the broadband internet, various FCC members have sometimes disagreed about how to enforce network neutrality, but never before have we had an FCC that stepped back completely from enforcing those protections.

The fight shifts to Congress

The fight now shifts to Congress, where pro-network neutrality members will press to use something called the Congressional Review Act to undo this hasty and misguided action. The CRA is a relatively new tool that allows Congress to reverse regulatory actions within 60 legislative days of their enactment. It was used for ill in March 2017 when Trump supporters in Congress voted to wipe out FCC privacy protections that prevented the telecoms from selling our browsing history and other private information about our internet usage. But now Congress can use this tool for good by similarly reversing the FCC’s (in this case, bad) action. Every American should press their members of Congress to support such a reversal via the CRA.

Tell Congress to Save Net Neutrality

If the push for reversal of the FCC’s action through the CRA doesn’t succeed, then the action will turn to the states. We’re already working with state and local leaders to find every possible means to keep pushing on this issue and signal that the country won’t roll over. We will be helping legislators figure out what protections they can enact at the state and local level, providing model legislation and resolutions, and working with our People Power organization to help Americans have a voice on this important issue.

What does it mean for me?

Most internet subscribers will not see dramatic changes right away; the companies know that this is a hot-button issue and that people are mad. Consumer-facing companies are restrained not just by enforceable rules but also by social norms and users’ expectations. Internet users have grown to expect certain things about their online experience based on the history of the broadband internet before this radical departure. Companies will also be restrained by the political heat over network neutrality.

But that political heat can’t be sustained forever — there are too many other issues in this world. The telecoms have already been behaving, as political commentator Jon Lovett put it, “like raptors testing the fences.” Now that the fences have suddenly been taken down, norms and expectations are the only thing left to restrain them. 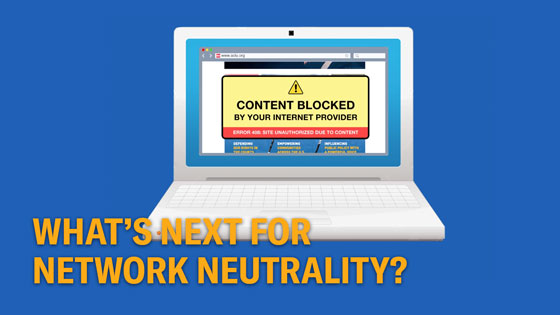 But social norms and people’s expectations can be shifted — especially by powerful, quasi-monopolistic companies that don’t face significant competition. What we’re likely to see is that the telecoms will behave like the airlines: They will relentlessly erode the quality of their customers’ experience, charging fees all the while, and customers will hate it but find themselves relatively powerless to fight back.

With network neutrality protections stripped away, the telecoms will be free to discriminate in how they treat data crossing their networks. What can they discriminate based on? Basically anything they want. It could be the type of data (music, social media, video, gaming), the identity of the site that is transmitting it (giant incumbent able to pay hefty fees vs. unknown upstart), or the political content of the data. Such discrimination could take the form of slowing down disfavored data, or blocking it outright.

I don’t expect that the telecoms will be so bold as to start blocking access to liberal or conservative media sites right away — nor would doing so be their biggest immediate temptation — though it is worth keeping in mind the example of the Canadian telecom that blocked access to its union’s website when engaged in a labor battle. And there certainly are plenty of examples of telecoms throttling, blocking, or charging extra for the use of particular apps.

What the ISPs will be tempted to do first is to try to exploit their gatekeeper role to extract additional revenue from all ends of the internet. As with zero rating, this exploitation will be presented in positive terms: “For a small fee you can get extra fast and reliable video streaming! Extra reliable gaming! Social media pages that load instantly! Or, for a special price, all three!”

The problem is that speeding things up for some means slowing things down for others. As technology advances, the two are indistinguishable. And the telecoms’ ability and incentive to extract money for better experiences will be exactly like the airlines’ incentive and ability to extract money for better experiences. In both cases, what starts out as extra bonus becomes an extra fee just for tolerable service. As Tim Wu put it with regard to this “fee model” in the airline context:

Here’s the thing: in order for fees to work, there needs be something worth paying to avoid. That necessitates, at some level, a strategy that can be described as “calculated misery.” Basic service, without fees, must be sufficiently degraded in order to make people want to pay to escape it.

The gravitational pull of this perverse economic incentive is nearly inescapable for big companies. JetBlue tried to offer good basic service to everyone, but under pressure from Wall Street eventually had to cave, imposing the same terrible basic service and profitable fees as all the other major airlines. As Wu put it, “It seems that the money was just too good to resist.” Internet speeds have steadily risen over the years as technology advances — but without network neutrality, we can expect to see companies behaving according to the same logic as the airlines.

The telecoms will also have an incentive to extract fees from the other end of the internet: the sites and services that want to deliver data. This will affect customers not only through higher costs paid by such services — an increase in monthly charges for streaming sites, for example — but also by impoverishing the choices and innovations available to them. Netflix may be able to pay off the gatekeepers, but what about an innovative new upstart competitor with superior service? Free market advocates have always decried anything that would put the government in the position of “picking winners,” but under this kind of regime, the telecoms would be in a position to do just that — but without any incentive to pick new innovators. What future companies could emerge with the protections of network neutrality and how could they make our lives better? When it comes to this particular effect of the FCC’s action today, we may never know what we’re losing.

The ISPs will have a lot of power to influence how people use the internet, where they go, and what they do there. Studies show that even very small delays in page-loading time, measured in milliseconds, can drive away a significant proportion of internet visitors. That is another area where individuals might not even be aware of how they are being manipulated and steered online. Yet they may still be affected by decisions made in the corporate suites of gatekeeper telecoms to favor one kind of content, speaker, or application over others.

Zero-rating means exempting certain sources of data but not others from data caps. First your internet service provider sets a cap on the amount of data that you can download every month without paying extra fees. But the ISP exempts certain sites and services from those caps as a way of incentivizing you to use those services. Comcast, for example, has imposed a monthly data cap on most of its home internet customers — but exempts Stream, its own video streaming service, from that cap. That means that instead of being able to judge Steam against other competing streaming services on a level playing field, Comcast customers have a strong incentive to overlook whatever advantages other services might have and stick with Comcast’s. That makes it harder for other services to compete, which over time means less innovation and worse services for everybody. And don’t forget: Comcast owns not only Stream but also NBC, Universal Pictures, DreamWorks, Telemundo, the Weather Channel, Bravo, USA Network, Lifetime, A&E, Syfy, E!, Oxygen, and many other media properties. They have an incentive to tilt many playing fields toward their own properties in the same way.

Comcast’s competitors, like AT&T and Verizon, also own and are working to expand their own media properties. AT&T already lets users stream content from its property DirecTV without it counting against monthly data caps. The effect over time may be to divide the internet into two: “metered sites” and “unlimited sites.”

This trend is especially insidious because naïve customers can easily mistake zero-rating as a good thing — a freebie that they appreciate — not realizing that in fact it is a strategy for taking away their freedom to decide for themselves what sites they like and how they want to use the internet. Note also that the potential advantages of zero-rating for the ISPs—including selling zero-rating rights to other companies—actually gives them a strong incentive to put data caps in place, rather than offering their customers unlimited data plans.

Zero-rating was not explicitly banned by the FCC under the network neutrality rules, but the agency was watching the practice closely, judging them on a case-by-case basis, and the telecoms were on notice. With all restraints lifted, expect to see this trend expand rapidly.

In short, the internet as we know it is not going to change overnight. But this terrible action by the FCC has torn down the barriers holding back the erosion of the open internet we have always known. We are not going to roll over for this catastrophic mistake, and neither should you.