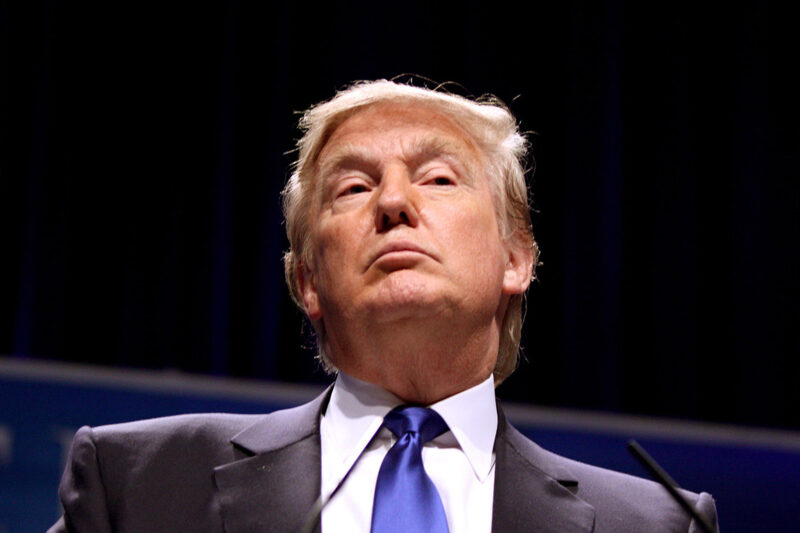 The @realDonaldTrump Twitter handle was on overdrive this weekend, assailing the anonymous whistleblower who reported that President Trump used the power of his office to solicit interference from a foreign country in the 2020 U.S. election. Like clockwork, President Trump tried to attack the whistleblower’s credibility, questioned the meager whistleblower protections currently in place, labeled those who provided information to the whistleblower as spies, and suggested such “spies” should be treated as they were in “the old days” — presumably referring to execution.

President Trump’s attacks are deeply troubling and should provide lawmakers fresh motive to strengthen whistleblower protections, particularly for the intelligence community. But, the attacks aren’t unprecedented. We’ve seen them before, and for decades have fought to protect whistleblowers from them. 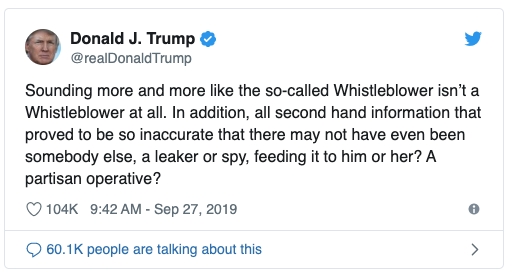 Joining us on ACLU’s At Liberty podcast with ACLU Executive Director Anthony Romero, NSA surveillance whistleblower Edward Snowden discusses how the president’s latest antics fit a larger, bipartisan government playbook to delegitimize and intimidate whistleblowers and those who expose government wrongdoing to the media. He also details what it means to be a whistleblower and the enormous risks they assume in order to disclose information vital to the broader public.

Below is a partial transcript of Romero’s conversation with Snowden. It has been edited in places for length and clarity. The full podcast episode is here.

But that man who has been indicted by this complaint is already out there saying, “Who is this person? You know they’re acting like a spy. You know what we used to do with spies?” — implying, ‘I don’t like that this person exposed me. It would be better if these people were killed.’ Right?

It’s the proof that matters, not where it came from. It’s, what are the facts? Is this a violation? Is it not? Whenever power faces some kind of opposition, they immediately try to change the conversation into: Who are you? How dare you? And get people talking about who brought this forward instead of what was brought forward. And that’s why we need processes to account for that right.

Right. I think the part that I think is so relevant for today is what you said on the bottom of 238 [of your new memoir, Permanent Record], when you said, “A whistleblower in my definition is a person who through hard experience has concluded that their life inside an institution has become incompatible with the principles developed in and their loyalty owed to the greater society outside it. This person knows that they can’t remain inside the institution and knows that the institution can’t or won’t be dismantled. Reforming institution might be possible, however, so they blow the whistle and disclosing information to bring public pressure to bear.” It’s relevant not just for what you did in 2013, but relevant today.

Talk to me about the decision to go to journalists.

Yeah. So I mean this is the thing that we are struggling with right now. And we have struggled within this country for 50 years. I mean Daniel Ellsberg back in the 1970s when he was revealing the secret history of the Vietnam War. He was accused of all the things you see whistleblowers accused of today. He was charged under the precisely the same Espionage Act that I have been charged under. He believed he was going to spend the rest of his life in prison and he would have if Nixon hadn’t pooched up the investigation.

And this is where we have seen time and time again that when you go through these proper channels, as you call them, they don’t resolve the problem. Rather, they’re a kind of trap where whistleblowers go into and then they’re flushed from the system. The complaints are buried, the programs are shored up and made even more secret. And the person who reported them has their life destroyed. They lose their career. In some cases, they lose their freedom, their family. These are not hypotheticals – we can cite names if you want them.

But this is where we go. All right. There’s all this risk. How do we ensure that the public’s interest is what’s actually served? I mean this is where the whistleblower takes an enormous amount of risk stepping outside of that system to tell the public what they need to know.