We All Need to Defend Speech We Hate 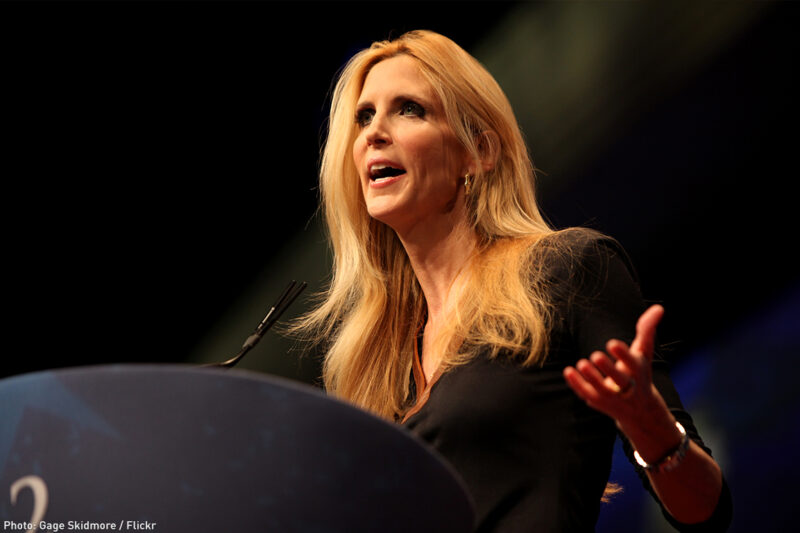 This piece originally appeared at Inside Sources.

Controversial, critical, confrontational, and challenging speech is an essential part of any successful college education. Without it, institutions of higher education cannot truly be said to be preparing students for the world outside of the ivory tower.

For many, a college campus is the last stop on the train to true adulthood. Part of being an adult in America means living our constitutional values — foremost among them, our First Amendment rights to make our opinions heard — and to listen to others speak.

The Supreme Court has spilled barrels of ink defining the First Amendment rights of students, from kindergarten to post-graduate studies. And there’s no question that the law has resolved into an age-based sliding scale: For young ones, the core goals are safety and discipline. But as students age, the shadows of the Constitution start to spread across the school day. By the time students graduate from high school, courts expect freedom of speech to be not just in the students’ best interests, but the schools’ interest as well.

And that’s not just because free speech is a formalistic constitutional principle; it’s an indispensable part of our civic education. Justice Robert H. Jackson, writing for the Supreme Court in 1943, wrote something truly beautiful about the purpose of an education:

“That they are educating the young for citizenship is reason for scrupulous protection of Constitutional freedoms of the individual, if we are not to strangle the free mind at its source and teach youth to discount important principles of our government as mere platitudes.”

Remarkably, Jackson was referring to grade school students, and the court rightly held that forcing patriotism on little ones was both unconstitutional and foolish. If we think inculcating constitutional values is important when kids are in K-12, it should be nothing less than a core part of the curriculum at any college or university.

Soon, your students will graduate. And when they do, they’ll step into the maelstrom of civic life, which can be, frankly, horrific. By constitutional design, ours is a world where homophobic street preachers have a right to accost you at a funeral for a loved one, where avowed racists can bring a Nazi rally to your town, where Congress has no right to criminalize appalling images of animal violence.

I suspect that many students would like to be able to effectively counter-protest the Westboro Baptist Church. Or effortlessly dismantle the racist garbage spewed by today’s alt-right. Or publicize and advocate against animal cruelty. I sure hope they do! Because we need them to tackle public policy issues with the confidence of a generation determined to better us all.

That means being an advocate: speaking out and convincing others. Confronting, hearing, and countering offensive speech we disagree with is a skill. And one that should be considered a core requirement at any school worth its salt.

But as students age, the shadows of the Constitution start to spread across the school day.

To be clear, I am not suggesting that free speech is without grave costs. I cannot imagine the pain that Holocaust survivors felt knowing that the KKK would march through their towns or the anguish a grieving father felt when his son’s funeral was surrounded by the petty signage of hate. On campus, if and when speech crosses the line into targeted harassment or threats or creates a pervasively hostile environment for vulnerable students, it isn’t protected. We fortunately have federal laws to ensure safe learning environments and equal access for all students. But being offended does not rise to that level. We live in an odd country, where the very First Amendment in our Bill of Rights protects hateful speech until it crosses that line.

But that same First Amendment also protects the most heart-swelling markers of our democracy: the right to speak our values, to have a press free from censorship, to gather en masse in the streets and speak truth to power. Our Constitution protects hateful speech, yes — but on the theory that truly free speech means the best ideas will win out. We need students trained to really listen to ideas they hate — and respond with better ones.

In that regard, recent incidents suggest that colleges are fundamentally failing their students in imparting these skills. In just the past few weeks, from one campus to another and another and another, liberal students have silenced conservative speakers with violence, outrage, and threats. This collection of heckler’s vetoes is the farthest thing from a victory for the progressive causes these students champion.

These incidents have not shut down a single bad idea. To the contrary, they’ve given their opponents’ ideas credence by adding the power of martyrdom. When you choose censorship as your substantive argument, you lose the debate. Because none of us are the wiser about the better world those protesting students want to see — instead of telling us, they silenced others. In curricular terms: They didn’t do the assignment.

When students leave the nest of higher education, they will immediately be thrust into a rough-and-tumble world filled with things many of us don’t want to see: racism, sexism, ableism, cruelty. But we all know these things won’t go away if we close our eyes. We need a next generation of students trained to take a deep breath, open their eyes, and change that world with their words and ideas.