What Are Federal Employees’ Rights to Protest the Government Shutdown? 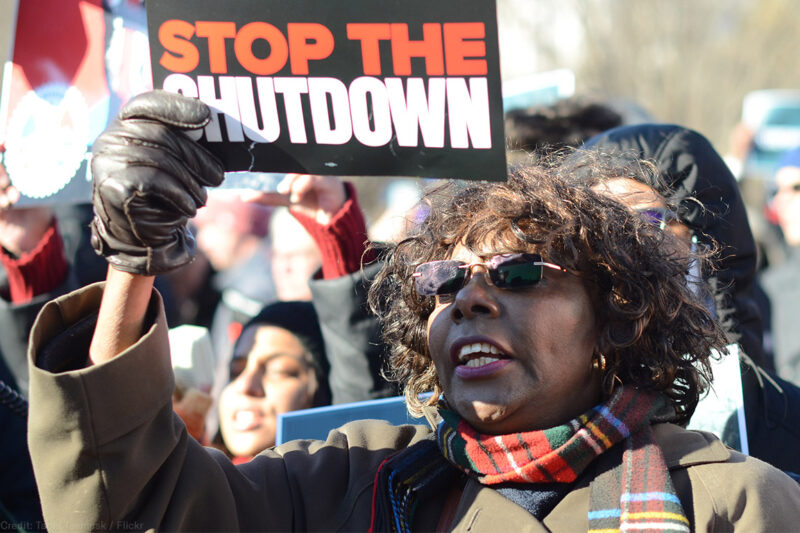 Standing up for your First Amendment right to protest can be challenging — especially if you’re a government employee.

Since Dec. 22, nearly 800,000 government employees nationwide have been affected by the partial federal government shutdown, putting a stop to work and paychecks. Despite President Trump’s claim that federal workers “agree 100 percent with what I’m doing,” many have wondered about their right to protest during the shutdown — and whether there could be workplace retaliation for doing so.

Here are some answers.

Can federal workers organize a protest to convince government leaders to end the shutdown?

Yes. While federal employees are subject to certain restrictions of their First Amendment free speech rights while functioning in their official capacity, they still retain the right to engage in free speech activities as private individuals.

That said, it would be smart to check any employment policies that may apply to ensure that such speech and expressive activity is not listed as a violation of an employee handbook or code of conduct. If such policies cover private speech on a matter of public concern, they are likely unconstitutional, but the government may nevertheless attempt to invoke them.

Can federal workers protest during the shutdown without repercussion?

The Supreme Court has repeatedly held that people do not surrender their First Amendment rights by accepting public employment. Courts have drawn a line between work time and private time, so any restrictions about what a federal government employee can do in their personal time would be problematic. But if a federal worker organizes a protest, it is important to make it clear that the participants are doing so on their own time and not in their official capacities.

What is the Hatch Act and how does it affect federal workers?

Can a federal worker talk to the media about the shutdown?

When federal workers are speaking as government representatives in connection with their official duties, then the government has a much greater ability to regulate such speech. But when federal workers speak as private individuals and outside of the scope of their employment, then they retain the usual First Amendment protections.

That means that while the government may be able to limit federal workers from speaking out about their problems with particular coworkers or internal management decisions by their supervisors, for example, the government certainly can’t prohibit a federal worker from talking about how the shutdown has affected their life — for example, having difficulty paying bills or stress at home.

Can the government regulate the speech of any federal worker?

The government may claim it has additional power to regulate the speech of certain high-level officials because such positions require personal loyalty and confidence for proper functioning. This makes it more difficult for such employees to know when their speech is subject to regulation.

Overall, the First Amendment right to join together in protest or peaceful assembly is critical to a functioning democracy. These protests reflect the profound importance of our constitutional right to peaceful assembly where people come together, voice their dissent, and organize for change.