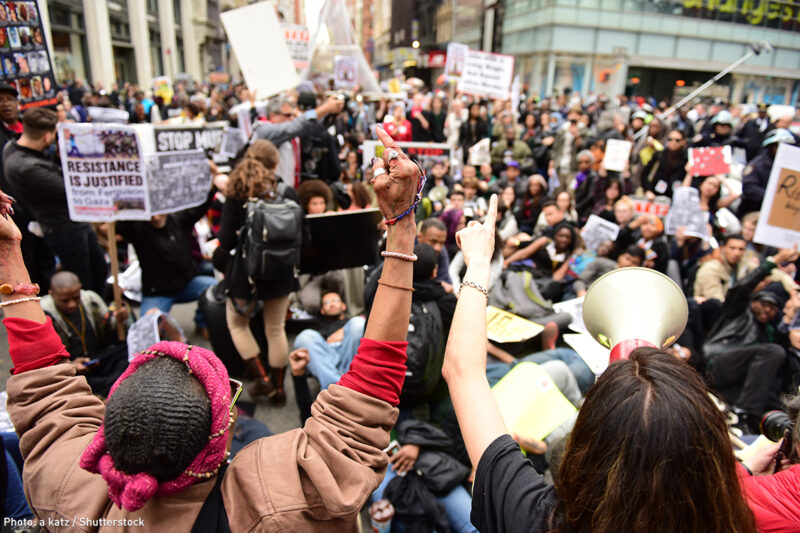 This blog originally appeared on the ACLU of Oregon’s website.

Let that sink in for a moment.

In 1962, the U.S. government considered Mandela to be “the most dangerous communist” outside of the then Soviet Union. It was subsequently revealed that a CIA agent provided the South African government with the information necessary to apprehend him and land him in prison for 27 years.

The indignity suffered by Mandela during every visit to the United States — as a “terrorist” he had to get special clearance to enter the country — was finally wiped clean by an act of Congress just five years before he died.

Nelson Mandela, and his organizing in South Africa, was not protected by the First Amendment, a freedom afforded by the U.S. Constitution only to those in the United States. But we should not forget that Angela Davis, Malcom X, and yes, even the now-beloved Martin Luther King, Jr., were at varying times labeled enemies of the state during their struggle against segregation in the United States. The First Amendment protected their organizing. But it did not stop our federal law enforcement agencies from watching, labeling, and arresting them. We are fortunate that these heroes of racial justice did not cower when faced with jail time, but instead spoke louder.

Earlier this week, we learned that people in Portland organizing against police killings of Black men, white nationalist politicians, and the countless systems of racism throughout our local, state, and federal governments are now considered “domestic terrorists” by Department of Homeland Security. Why? Because the Portland Police Bureau labeled the November 10, 2016 protest a “riot.”

At the time, we criticized the then-mayor’s call for an end to protest in Portland. We knew the indiscriminate use of the term “riot” was dangerous. It is counterproductive when people express their anger and frustration with violence and vandalism, but these events do not justify the silencing of peaceful protest or the labeling of organizers of peaceful protests criminals.

A little over a week ago, ACLU of Oregon staff met with Mayor Wheeler and Chief Marshman to discuss the disproportionate and dangerous response by Portland Police on President’s Day and prior protests. Our conversation was tense when we argued about whether “riots” occurred in Portland. Mayor Wheeler defended the city’s decision to call the protest a riot. I doubt he knew that his insistence on using this term for vandalism at the hands of a few people — out of several thousand peaceful protesters — would land his city in a Homeland Security report and earn our activists the label “domestic terrorists.”

This proves a simple point: Words matter. And when they are put into a report that is disseminated to law enforcement agencies across the country through enigmatic DHS Fusion Centers, they matter a lot. Fusion Centers, located throughout the nation, serve as a hub of information sharing for local, state, and federal law enforcement. They were created in the wake of the September 11, 2001 attacks as a way to share information about terrorism. Under the cover of “national security,” they have little oversight. For whatever protection they have provided the public, they have also sown distrust about their ability to discern actual threats.

Last year, Oregonians were shocked to learn that an agent in the Oregon Department of Justice searched Twitter for the hashtag “Black Lives Matter” and used results to determine that the head of the DOJ’s Civil Rights Division was a potential threat to the police. The agent decided to search for the hashtag Black Lives Matter, at least in part, because of a report disseminated by the Fusion Center that warned law enforcement of scheduled Black Lives Matter protests. The implication was that these protests may be a threat against the lives of law enforcement. This was racial bias spread through a nationwide system with little oversight resulting in a horrible mistake. The Oregon DOJ’s director of civil rights was not targeting police — he was sharing the cover of a hip hop album.

It is hard to know the future implications of labeling Portland protests “riots” or protesters “domestic terrorists,” but the parallels to the actions of our government in the 1960s should give us pause. The surveillance, labeling, and incarceration of protesters, especially Black protesters, because of their alleged criminal or terrorist activity is a well-worn trope. And while it may not surprise, it should still shock.

The impact of unchecked law enforcement rhetoric threatens our precious right to speak out against oppressive government. We must demand that our local leaders respect this right as we see those who lead our federal government erode it without hesitation.