100 Groups From Around the World to UN: Demand Accountability for CIA Torture 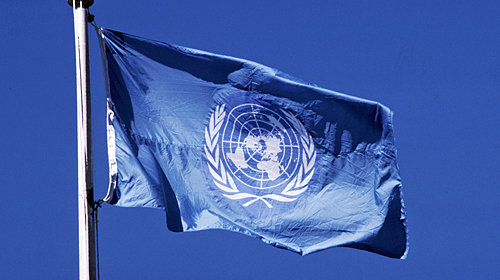 This Friday, the world will mark International Day in Support of Victims of Torture. This day is commemorated every year to reaffirm the universal commitment to the total eradication of torture, which is categorically prohibited under international law.

Today, the largest-ever group of civil society organizations from scores of countries urged the U.N. Human Rights Council to call out the United States for failing to provide justice for both the perpetrators and the victims of the CIA’s abhorrent torture program.

In 1984, the U.N. General Assembly adopted the U.N. Convention against Torture and Other Cruel, Inhuman or Degrading Treatment or Punishment, which entered into force on June 26, 1987. The Reagan administration signed the treaty and sent it to the Senate for ratification with this statement:

The core provisions of the Convention establish a regime for international cooperation in the criminal prosecution of torturers relying on so-called “universal jurisdiction.” Each State Party is required either to prosecute torturers who are found in its territory or to extradite them to other countries for prosecution.

The United States ratified the treaty in 1994 and Congress passed a federal anti-torture statute which defines the crime of torture, albeit slightly differently than does the treaty, and prescribes harsh punishments for anyone — U.S. citizen or not — who commits an act of torture outside of the United States. The U.S. has since generously contributed millions of dollars to the U.N. Voluntary Fund for Victims of Torture so that survivors may rebuild their lives.

However, U.S. and international prohibitions against torture did not deter the Bush administration from flouting the law and authorizing a secret CIA program of torture, forced disappearance, and unlawful detention after 9/11. Six months ago, the Senate Select Committee on Intelligence released the summary of its report on CIA torture, documenting in graphic detail instances of mock executions, forced rectal feeding, and widespread use of forced sleep deprivation and solitary confinement. While the report doesn’t call for a criminal investigation, it includes significant new information relating to serious federal crimes, including torture, homicide, conspiracy, and sexual assault. These findings warrant a comprehensive criminal investigation.

Shockingly, the Justice Department declared to a U.S. court that it has never opened the full report it received from the Senate, let alone reviewed it for evidence of human rights violations and criminal wrongdoing. And yet yesterday, in response to a new letter from the ACLU, Amnesty International, and Human Rights Watch — supported by more than 110,000 signatures calling for comprehensive criminal investigation — DOJ spokesman Marc Raimondi told The Miami Herald:

In 2009, the Attorney General directed a preliminary review of the treatment of certain individuals alleged to have been mistreated while in U.S. Government custody subsequent to the 9/11 attacks. That review generated two criminal investigations, but the Department of Justice ultimately declined those cases for prosecution because the admissible evidence would not be sufficient to obtain and sustain convictions beyond a reasonable doubt. Those investigators have also reviewed the Senate Committee’s full report and did not find any new information that they had not previously considered in reaching their determination. This inquiry was extraordinarily thorough and we stand by our previously announced decision not to initiate criminal charges.

The Justice Department’s reluctance to order a new independent criminal investigation defies any common sense and fundamental principles of the rule of law. It also flies in the face of U.S. and international law obligations and sends a dangerous message to U.S. and foreign leaders that torture has no legal consequences.

That is why 100 organizations from around the world delivered a statement today to the U.N. Human Rights Council in Geneva calling for accountability for the CIA torture program and reparations to its victims. In September, the council will adopt a report on the United States’ human rights record as part of the Universal Periodic Review process. The statement urges the council to demand that the United States “take measures to meet the full spectrum of its obligations under international law to ensure accountability, transparency, reparations and non-repetition, including declassification of the full Senate report on the CIA detention program, independent comprehensive criminal investigation, and the issuing of apologies and compensation to victims.” The statement concludes:

We know from the experiences of civil society groups and survivors of torture around the world that the struggle for accountability for human rights violations and the search for truth can be a long and difficult journey. Yet the United States has much to gain from rejecting impunity, returning to the rule of law, and providing adequate redress to the dozens and dozens of people it so brutally abused.

We hope the United States will follow that path.