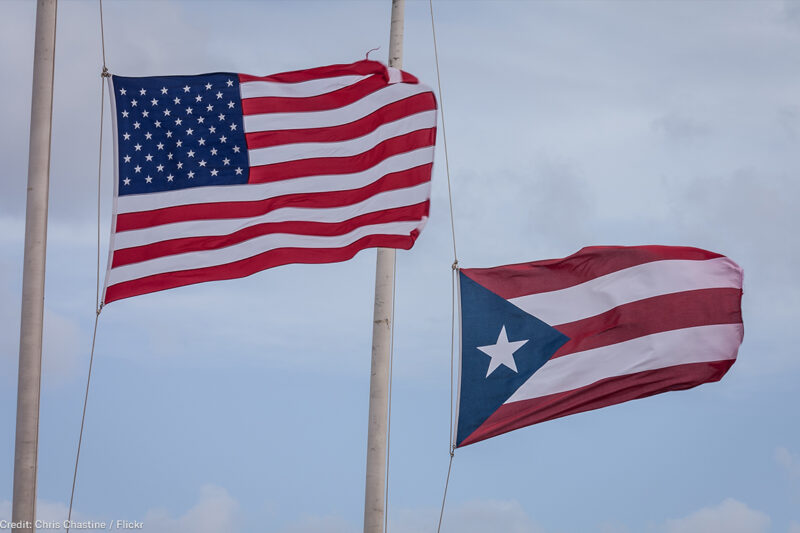 Over tweets this weekend, President Trump confirmed that his administration’s underwhelming response to Hurricane Maria’s devastation of Puerto Rico is a symptom of these American citizens’ second-class status. Trump resorted to the racial stereotype that people of color “want everything to be done for them.” But this statement couldn’t be further from the truth. Boricuas on the island and the mainland have rallied to help each other in the aftermath of Hurricane Maria.

My family and friends are giving back since they were one of the few lucky ones. They’re all safe. My parent’s house flooded, but there was no structural or heavy damage. They have enough food and power — for now — thanks to a generator (until the gas runs out).

I didn’t have to wait a week to hear their voice or get a message from them saying they were okay like so many of the more than 4 million Puerto Ricans living on the mainland. But this is not the case for most of the 3.5 million American citizens living in Puerto Rico. Drinking water, electric power, gasoline, and cash are in short supply. Hundreds of thousands lost everything. And now Congress is responsible for the lives of these American citizens.

From the moment they take their oath and put on that congressional lapel pin, every representative and senator becomes responsible for the people of Puerto Rico. That’s because the Supreme Court determined in the Insular Cases that Congress owns Puerto Rico — a spoil of the Spanish-American War. It’s a fact that is heavily disputed by some, but a fact nonetheless.

We’re talking about discrimination based solely on where some Americans choose to live.

The Supreme Court cases came to an unjust conclusion: that the U.S. could rule over certain people without granting them the full constitutional rights enjoyed by their brothers and sisters across the ocean. One example of this absurd ruling is the fact that even though Puerto Ricans are American citizens who can vote in presidential elections if they live in one of the 50 states, they do not have the right to vote on the island. We’re talking about discrimination based solely on where some Americans choose to live.

The Insular Cases essentially rendered the American citizens living in Puerto Rico and other U.S. territories second-class citizens. The Supreme Court’s decisions are now rightly seen as racist and archaic by many legal scholars. Because, let’s face it, the Supreme Court wouldn’t have decided that only some fundamental rights apply to U.S. territories like Puerto Rico if it were an island populated by white people. One of the lead decisions from Justice Henry Billings Brown detailed how it would be difficult to assimilate these “alien races” through “Anglo-Saxon principles.”

However outdated and wrong, it is current constitutional law nonetheless. And until this changes, Congress needs to take care of its constituents in Puerto Rico and give them a shot at recovery with fair and equitable emergency relief aid. The Trump administration and Congress’ lack of adequate action to provide aid to the island is a modern-day reflection of that second-class status.

Call your representatives in Congress and demand that they give these American citizens in Puerto Rico a fair shot at an equitable recovery like Texas and Florida.