The United States Considers Itself a Human Rights Champion. The World Begs to Differ. 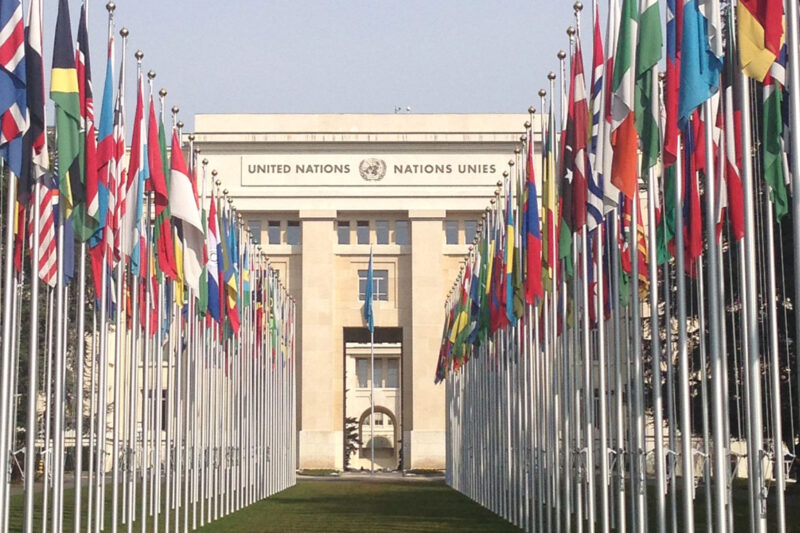 Starting Monday, the United States’ human rights record will be subject to international scrutiny by the U.N. Human Rights Council. It may just be the perfect catalyst for the Obama administration to make good on past and present wrongs that should never be associated with a liberal democracy predicated on respect for human rights.

The Universal Periodic Review (UPR) is part of a regular examination of the human rights records of all 193 U.N. member countries and will be the second review of its kind for the U.S. since 2010. The review comes at a critical time when the U.S. human rights record has been criticized for falling short of meeting international human rights standards. From racially biased policing and excessive use of force by law enforcement to the expansion of migrant family detention and from the lack of accountability for the CIA torture program to the use of armed drones abroad, the U.S. has a lot to answer for.

But the U.S. review presents an opportunity for President Obama to shape his human rights legacy. He not only has the chance to continue to hold state and local governments in the U.S. accountable for abusive and biased policing practices, but he can also establish a positive policy at the federal level such as ending racial and ethnic profiling and holding federal agencies responsible for unlawful and discriminatory practices, including border killings and surveillance of Muslim communities.

The world will be asking hard questions of a country that considers itself a human rights champion, and, as the UPR represents the final human rights review of the Obama administration, it will be expecting meaningful answers and a concrete plan of action, including in the area of economic justice, which the U.S. submission to the Human Rights Council regrettably referred to as social and economic “measures” rather than the universally accepted framework and terminology of “rights.”

What human rights legacy will the president leave behind in January 2017? Will President Obama be remembered as a leader who approved secret kill-lists, institutionalized the use of indefinite detention, and failed to end unlawful surveillance practices? Or will the president endorse accountability for torture and provide an apology and reparations for victims, including the 26 former CIA detainees who the U.S. Senate torture report found were wrongfully detained? Will President Obama heed the recommendations made by former Justice John Paul Stevens, who this week called the government to compensate some of the Guantanamo detainees, or will he be seen as the president who turned a blind eye to injustice?

Will the president be remembered for expanding immigrant family detention and using it as deterrence factor to discourage migrants and asylum seekers, including mothers and children, from crossing the U.S.-Mexico border, or will he leave a legacy of a more fair and humane immigration system that endorses alternatives to detention?

Finally, will we hear more rhetoric and empty promises, like in 2010, or concrete commitments and a plan of action that will prove that President Obama means what he says when it comes to defending human dignity and upholding international law?