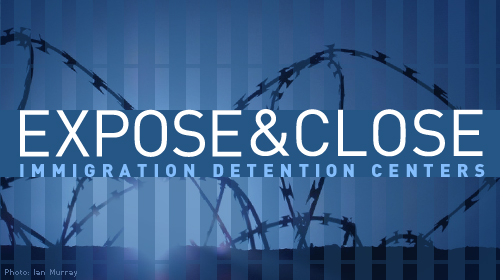 Garfield Gayle, a 59-year-old green card holder from Jamaica, has lived in the United States for 30 years. He raised two U.S. citizen daughters, and has long worked as a union carpenter in Brooklyn, New York.

Nearly eight months ago, when federal agents put him in handcuffs at his home, he learned that the government was trying to deport him based on an alleged attempted drug sale offense that happened more than 17 years ago. Since then, the government has held him in mandatory immigration lock-up without any opportunity for a bail hearing. The government has never even alleged that he poses any danger or flight risk. In addition, Mr. Gayle’s long residence in the United States and close family ties make him a strong candidate for immigration relief from a judge, allowing him to keep his green card and stay in this country. 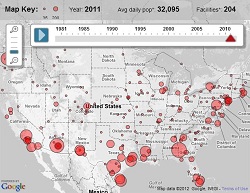 When it comes to Mr. Gayle’s family, the cost of losing him to immigration lock-up is devastating. Mr. Gayle is an emotional anchor in his family, supplying love and support to his children and grandchildren. It was Mr. Gayle who bought school supplies for his kids, taught them how to cook and how to sew a button on a torn shirt. At work, he was just as attentive as a skilled union carpenter, earning high praise from his employers over the past decade.

Today, the ACLU filed a class action lawsuit on behalf of Mr. Gayle and hundreds of immigrants in New Jersey who, like him, are subject to mandatory immigration detention. The lawsuit — Gayle v. Napolitano — challenges the federal government’s policy of locking up immigrants in deportation proceedings without any chance for release on bail, even when they have strong arguments that they have a right to continue living in America. Many immigrants are locked up for as long as it takes to conclude their deportation cases, even if they pose no danger or flight risk.

Mandatory immigration lock-up is unconstitutional when used on people who, like Mr. Gayle, have strong arguments that they can stay in the country — that’s why the ACLU Immigrants’ Rights Project is bringing the case, along with the ACLU of New Jersey and Gibbons P.C. There is no reason to incarcerate people for months or even years on end when they have every incentive to show up in court, fight their cases, and win the right to stay in America with their loved ones. It’s especially wasteful considering the offenses that trigger mandatory detention are often very old and overwhelmingly minor and nonviolent, such as misdemeanor drug possession, shoplifting, or turnstile jumping. Indeed, as with Mr. Gayle, the people placed in mandatory detention often do not meet the qualifications for deportation — either because their alleged crimes turn out not to be deportable offenses, or because they are legally entitled to immigration relief allowing them to stay in the country.

Sadly, Mr. Gayle is far from alone. The number of immigration detainees has spiked since the passage of the Illegal Immigration Reform and Immigrant Responsibility Act of 1996, which requires the detention of immigrants deemed deportable based on an alleged crime — a population largely made up by people of color. In 2011, the Department of Homeland Security imprisoned a record-breaking 429,000 immigrants in more than 250 facilities across the country. The cost of the current system, which holds up to 33,400 immigrants on any given day, costs $164 per head per day, adding up to a grand total of $2 billion annually. Immigration detention has been a windfall for the private prison industry, which is responsible for nearly half the detention population, at the expense of American taxpayers and American liberties. Many of these facilities are notorious for their substandard and inhumane conditions — including the ten facilities targeted by the “Expose and Close” campaign launched today by Detention Watch Network to shut them down.

The ACLU’s lawsuit seeks to end a practice that goes against fundamental American values of fairness and equal protection under the law. Immigrants like Mr. Gayle, who are locked up without hearings to determine if their detention is justified, deserve due process and constitutional rights. The ACLU is fighting to make sure those rights are protected.