After 10-year Legal Battle, a Victory for Undocumented Workers Injured on the Job 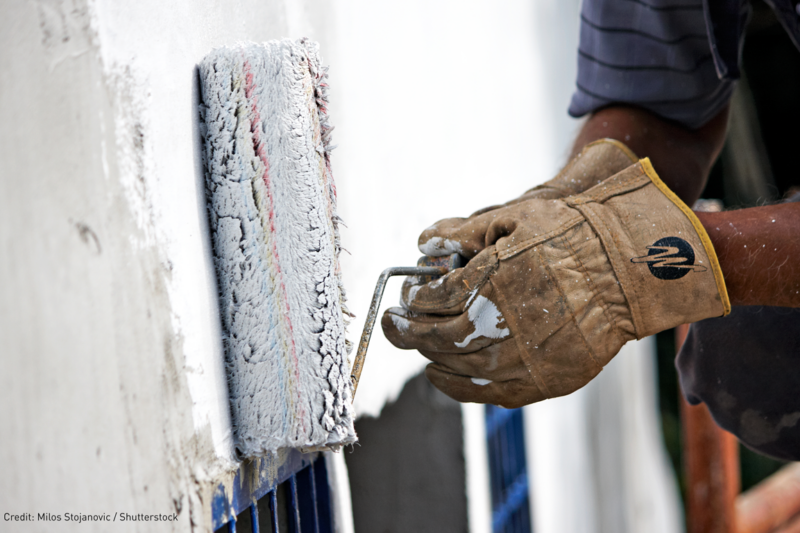 In 2004, Leopoldo Zumaya was working as an apple picker in Pennsylvania when he fell from a tree, breaking his leg and leaving him with permanent nerve damage and chronic pain. A treating physician said Zumaya’s injuries were among the worst he’d ever seen. Most workers in Zumaya’s position would have received workers’ compensation benefits. But instead of disbursing his rightful worker’s compensation, his employer reported his immigration status to the insurance company, which then refused to pay his benefits, leaving him unable to access medical care.

Zumaya hired a lawyer, but due to his immigration status he reluctantly accepted a settlement for less than one-third of the money he would have received had he been authorized to work in the U.S.

The next year, Francisco Berumen Lizalde, an undocumented worker from Mexico, was working as a house painter in Kansas when he fell from scaffolding, severely injuring his hand. Shortly after filing for workers’ compensation benefits, Berumen-Lizalde was arrested by immigration enforcement officers, prosecuted for visa fraud, jailed and deported in what appeared to be retaliation for having filed for workers’ compensation. He was unable to pursue his claim for disability or to secure payments for medical care.

Both men have been waiting more than a decade to undergo necessary medical treatment and the compensation to which they are entitled.

In 2006, the ACLU, the National Employment Law Project and the University of Pennsylvania Law School’s Transnational Legal Clinic filed a petition with the Inter-American Commission on Human Rights (IACHR), challenging the U.S. government’s failure to protect these two clients, and millions of others like them, from exploitation and discrimination in the workplace.

The petition was filed in the wake of Hoffman Plastic Compounds v. NLRB, the 2002 U.S. Supreme Court decision that held that an undocumented worker, who had been illegally fired for participating in protected union activities, could not recover back pay – the wages she would have earned if she not been fired. While some states, like California, do recognize greater labor rights for undocumented workers, several others were emboldened by the Hoffman decision to limit or even eliminate core workplace protections, like compensation for injuries.

The IACHR published its long-awaited decision this week finding that the United States is responsible for violating Zumaya and Berumen-Lizalde’s human rights by denying them the right to equality before the law and access to justice and labor protections. The Inter-American Commission made several recommendations to address those violations including:

Human rights law recognizes the rights of all workers, regardless of their legal status, to be treated humanely and justly, without discrimination. But in the decade since our case was filed, it has become more difficult for undocumented workers, who perform some of the most dangerous and low-paid jobs in the United States, to receive compensation and care when injured.

The patchwork of state laws on compensation and workers’ rights leaves many workers across the U.S. especially vulnerable and without recourse when their work risks their lives. Often, undocumented workers who do receive the compensation they are entitled to receive far less than their documented co-workers, for no reason other than their immigration status. Over the years, many undocumented workers who have sought medical benefits or reported abuse from their employers have faced retaliation by U.S. immigration officials, who deport them before they can receive the compensation they are entitled to.

While the federal government has provided some guidance to immigration enforcement officers and the Department of Labor to ensure that immigration enforcement does not interfere with workers’ rights, this guidance has critical limitations in its coverage and implementation, and it needs to be strengthened. The extra protection is especially needed as some employers continue to threaten undocumented workers and report them to immigration authorities when they pursue their rights.

In the coming years, labor protections — particularly those for vulnerable immigrant workers — are likely to be threatened, and yet more important than ever. The president-elect’s pick for labor secretary, Andrew Puzder, has already come under scrutiny from many labor rights organizations, who point to his record of opposing rules to strengthen workers’ health and safety protections, as well as overtime rules. And for undocumented workers, the looming threat of retaliation, immigration raids and mass deportations under a Trump administration may leave these workers even more vulnerable and unlikely to report abuse or attempt to organize or seek remedies to protect their labor rights.

While the commission’s decision and recommendations are not legally binding, they offer a blueprint that have the potential to impact the lives of millions of undocumented workers who have been living in the shadows while contributing to our economy and society.

Everyone who works in the United States deserves basic labor rights if they get hurt on the job.