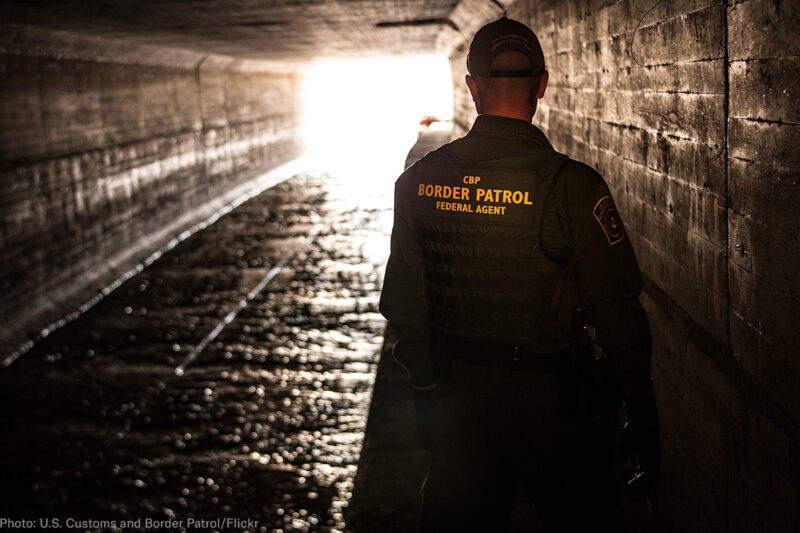 Agonized screams of immigrant children begging for their forcibly separated parents are now our most direct experience of horrors perpetrated by the Trump-Sessions-Nielsen family separations policy. Amidst the kids’ unforgettably sad, piercing cries on the recording, something else stands out: a Border Patrol agent’s Spanish commentary. “Well, we have an orchestra here,” he jokes. “What’s missing is a conductor.”

Agents are also verbally abusive. Parents are“called filthy and stinky and … mocked for crying,” according to Rep. Pramila Jayapal, who visited detained mothers. “One woman said ‘I want to be with my children’ and the Border Patrol agent said: ‘You will never see your children again. Families don’t exist here. You won’t have a family anymore.’”

A lawsuit filed this week by Texas RioGrande Legal Aid argues that some Border Patrol agents “sadistically tease and taunt parents and children with the prospect of separation, and do so using words and tones indicating that Defendants’ employees and agents enjoy the pain and suffering that the very idea of separation causes to parents and children.” While many agents strive to live up to their motto, Honor First, that is an aspiration badly corroded by family separations.

Trump’s executive-order pretense of halting the traumatic chaos inflicted on thousands of parents and their children — 2,342 during 36 recent days alone — doesn’t hold water. So many of those kids are still without their parents, and Trump’s proposed construction of massive family jails is itself an inhumane, and wastefully expensive, way forward.

It’s all the more dismaying in this context that the Senate Appropriations Committee on Thursday voted 26-5 — all but Sens. Dick Durbin (D-Ill.), Dianne Feinstein (D-Calif.), Jeff Merkley (D-Ore.), Brian Schatz (D-Hawaii), and Tom Udall (D-N.M.) — to approve a DHS budget for the next fiscal year, which includes 375 new Border Patrol agents and $1.6 billion toward Trump’s wall. The bill is opposed by the ACLU and a host of our coalition partners, all disappointed that the department’s budget isn’t being reduced at a time when Trump’s deportation force is so clearly out of control. While it’s evident that not all senators who supported this budget approve of more Border Patrol agents or Trump’s folly of wall construction, this was a missed opportunity to take a strong stand against DHS’s excesses and sends exactly the wrong message to immigrant and border communities.

The budget process should be a means of achieving DHS accountability, with reduced funding and increased oversight. CBP leadership, for example, needs to immediately address basic questions about family separation, most importantly who separates children from their family and how. One distraught father committed suicide after Border Patrol ripped his 3-year-old son out of his hands.

Community groups in South Texas express concern about how Border Patrol agents and even transport contractors are involved in the nightmarish separation process. For example, G4S personnel, who work for a multinational with lucrative DHS contracts, tout the company’s work as “The Bus No One Wants to Catch: The End of the Road for Illegal Immigration.”

In multiple interviews, Border Patrol Rio Grande Valley Sector Chief Manuel Padilla evaded answering whether his agents — who appear to have received no trauma-informed training — told parents their son or daughter is going for a bath, never to return. CBP Commissioner Kevin McAleenan asserts that the agency uses the “most humane and civilized way” to separate families: It’s far past time to explain what that is and whether child-welfare professionals approve of CBP’s methods.

There must also be discipline for vile comments degrading migrants or giving them intentionally incorrect understandings of the law, like saying that America is closed for asylum. CBP leadership calls these “anecdotal,” but it has put out no public statements from the chain of command condemning them or established professional expectations for agents in an era when Trump’s “the handcuffs are off” message is heard loud and clear.

And the CBP role in family separations, denounced by the American Academy of Pediatrics as a form of child abuse, needs independent and searching investigation from Congress, not more money for enforcement. In this vein, the ACLU published a report last month questioning DHS’s handling of alleged child abuse incidents committed by Border Patrol agents from 2009 to 2014. With Trump in office, CBP oversight and accountability need to be ramped up, not sacrificed at the altar of compromise.

Exactly how kids have been taken away from their parents is one of many questions that CBP leaders need to answer honestly. While CBP asserts that ports of entry are accessible for asylum-seekers, copious evidence exists to the contrary. Instead, people are forced to wait for days or weeks just to make a claim. Congress should require CBP to explain why it has not asked for more port of entry resources instead of Border Patrol expansion. Legislators should also ask what the agency is doing to address “capacity issues” that look like an excuse to make asylum claims more unpleasant, thereby counterproductively forcing many migrants to cross unauthorized.

These habits of obfuscation and opacity delegitimize the agency and demand a very different reaction by Congress. Legislators should be defunding DHS, not adding more Border Patrol agents at a time when the average agent apprehends two people a month, many of whom turn themselves in to seek protection as soon as they reach the United States.

We call on the wider Senate and the House of Representatives to change course from the DHS budget approved by one committee and to reject more agents for Trump’s deportation force, wasteful wall funding, and record-level family and other immigration jails. There must also be an independent inquiry addressing the family separation policy’s dreadful methods and consequences.

Anguished children by the thousands deserve better from CBP and from Congress.