Asylum Officers Are Being Replaced by CBP Agents 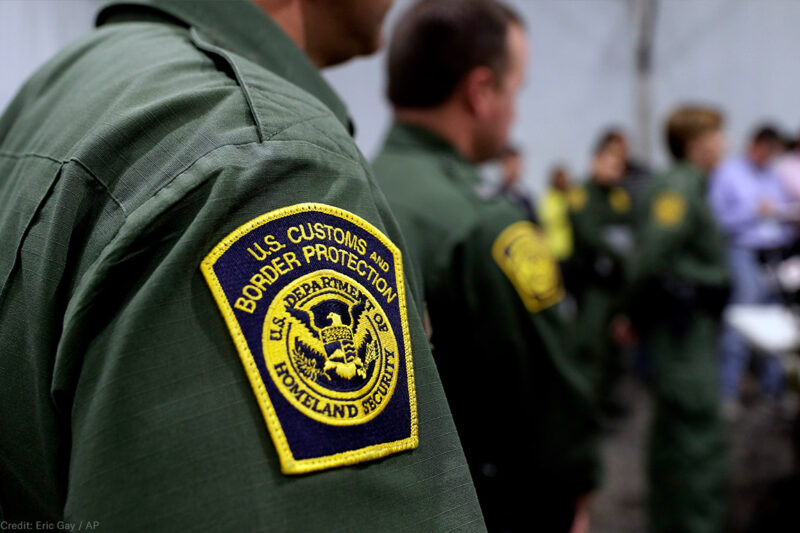 Last week, President Trump issued a memorandum outlining his latest wishlist of ways to undermine the integrity of our nation’s asylum system. Among them was a direction to the Department of Homeland Security (DHS) to change how it conducts credible fear interviews, the threshold screening interview given to thousands of asylum seekers every year. DHS is reportedly now planning to deploy Customs and Border Protection (CBP) officers – enforcement agents whose mission is to “secure the border” – to conduct credible fear interviews with asylum seekers instead of using professional asylum officers from the United States Citizenship and Immigration Service (USCIS). By replacing neutral asylum officers with law enforcement officers, this proposal is a blatant effort to rig the system against asylum seekers and drive down the number of people who pass their screening interviews.

In 1996, Congress established a process called “expedited removal” through which immigration officers can summarily order the deportation of certain noncitizens without a proper court hearing or a judge’s review. To ensure that no one with a potentially meritorious asylum claim would be sent back to danger, though, Congress required that any person who requests asylum or indicates a fear of return to their home country first receive a credible fear interview with an asylum officer. Because of the life or death stakes involved, Congress deliberately made the credible fear standard a low, threshold one: the asylum seeker need only show a “significant possibility” that there is a ten percent chance they would be persecuted in their home country. If they pass their credible fear interview, they get a chance to show they are eligible for asylum in a full deportation hearing with evidence, witnesses, and appeals. If they don’t, then they are quickly deported.

Credible fear interviews involve the discussion of sensitive, difficult issues. Asylum seekers, typically traumatized and exhausted by their journey to the United States, are asked to disclose to strangers deeply personal information about the reasons they fled their homes, which can include sexual violence, assault, death threats, kidnapping, and torture. Federal law thus requires that credible fear interviews be conducted in a “nonadversarial manner,” and that the people conducting them have “professional training in country conditions, asylum law, and interview techniques.” Accordingly, credible fear interviews have always been conducted by professionals who specialize in asylum adjudication, not immigration enforcement.

Those professional asylum officers work for USCIS, the agency within DHS responsible for adjudicating applications for immigration status and benefits, including asylum applications. But the Trump administration wants to swap USCIS asylum officers for CBP officers. Why? Because they believe that CBP officers will be more hostile to asylum-seekers’ claims and more likely to deny cases at the credible fear stage.

This proposal is highly concerning.

First, CBP is a law enforcement agency. CBP’s mission and responsibilities are incompatible with the sensitive, nonadversarial nature of credible fear interviews. Having a CBP officer conduct a credible fear interview is like having an arresting police officer also sit as the judge. Consolidating enforcement and adjudication responsibilities threatens to undermine the neutrality and fairness of the screening process Congress carefully crafted.

Moreover, CBP has a long history of mistreating asylum seekers. CBP officers are required by law to ask individuals subject to expedited removal whether they fear persecution, and to refer every person who has such a fear to USCIS asylum officers for a credible fear interview. Yet CBP officers regularly fail to ask about fear of persecution; fail to refer individuals who express a fear of return; and interfere with asylum seekers’ ability to pursue their claims through harassment, threats, and misinformation. As a result, countless asylum seekers have been removed from the United States without having had any real chance to apply for asylum.

For example, Braulia, a Guatemalan citizen and mother of four U.S. citizen children, was removed under an expedited removal order even though she told CBP officers that she was afraid to be sent to Guatemala because her father had been murdered and her mother had been targeted for extortion by gangs. Although Braulia told the officers that she was illiterate, they forced her to initial that she had read their account of her interview, which incorrectly stated that she did not claim fear. She was deported to Guatemala, where she was later raped and shot by a gang.

CBP officers have also been documented using coercive tactics to convince individuals to agree to speedy deportations; providing false and misleading information on expedited removal forms; and physically and verbally abusing migrants in their custody. Between January 2012 and June 2015, CBP received nearly 1,300 complaints of physical abuse.

All of these facts support the administration’s conclusion that having CBP officers conduct credible fear interviews will stack the deck against asylum seekers and result in many more people being denied the chance to have their claims heard. That would put thousands of people at risk of being erroneously returned to danger or even death. And it would undermine the laws that Congress long ago put into place to protect people fleeing persecution.