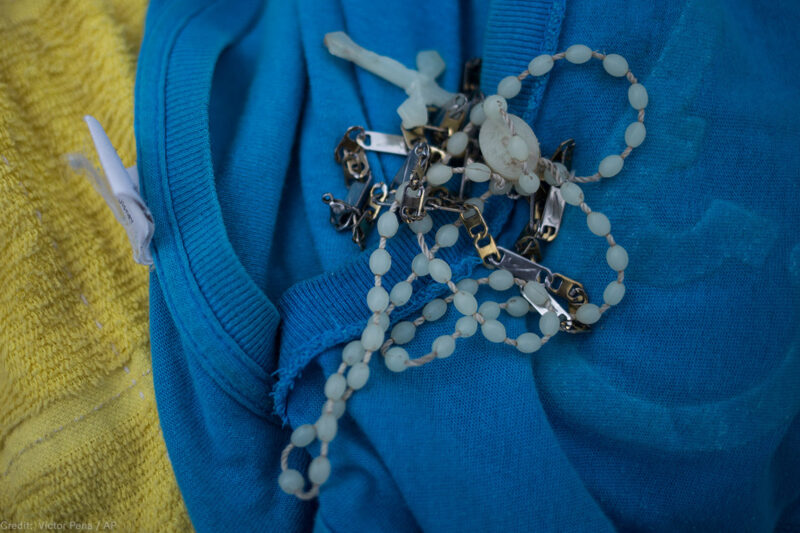 Aleksandr Sverdlik, Program on Freedom of Religion and Belief
Share This Page
March 20, 2019

One pork sandwich every eight hours for six straight days. That’s the only food that Border Patrol provided to Adnan Asif Parveen, a Muslim immigrant who was detained in South Texas in January because his work permit had expired and was pending renewal. Mr. Parveen reportedly informed officials that his religion forbids him from eating pork, but they didn’t care. All he could eat were the slices of bread from the sandwich.

Mr. Parveen’s experience was not an isolated incident. While President Trump and his administration have repeatedly proclaimed their commitment to religious liberty, in practice, this has only translated to religious freedom for some. Detained immigrants are apparently not among them. Detained immigrants from various faiths — Muslims, Sikhs, Hindus, and Christians — have reported incidents in which Border Patrol and Immigration and Customs Enforcement brazenly violate their religious-freedom rights.

Take, for instance, Border Patrol’s treatment of Christians. Despite the agency’s “Religious Sensitivity” policy, which directs officers and agents to “remain cognizant of an individual’s religious beliefs while accomplishing an enforcement action in a dignified and respectful manner,” officials have seized rosaries from Catholic immigrants. One janitor found so many rosaries discarded by Border Patrol officials that he was able to create and photograph an entire collection of them. Immigrants have had their Bibles confiscated at the border, including Catholic and Seventh Day Adventist men represented in a lawsuit filed last year by the ACLU.

The situation is no better for immigrants detained across the country by ICE, which frequently denies them access to clergy, worship services, religious texts, religious diets, and an appropriate place to pray. For example, according to a report released this month by Disability Rights California, immigrants detained at the Adelanto ICE Processing Center — the largest ICE jail in California — have been denied adequate “access to religious texts related to their faith or in their language.”

And a lawsuit filed a few weeks ago by Muslim immigrants detained at the Glades County Detention Center in Florida details how they have been denied adequate prayer services, copies of the Quran, religious headwear, and religiously compliant diets. When asked by one detained immigrant why Muslims were treated so disfavorably, the chaplain replied, “Boy, you’re in Glades County.”

Immigrants detained by ICE last year at federal prisons faced similar conditions. In Sheridan, Oregon, Sikh asylum seekers were forced to pray next to dirty toilets. When the men were denied turbans, they tried to wear towels or t-shirts on their heads during prayer, only to have guards rip them off.

In Victorville, California, Presbyterian, Catholic, Seventh Day Adventist, Sikh, Muslim, and Hindu immigrants detained at a federal prison were not allowed to attend worship services or participate in any group prayer or religious study. One immigrant was even admonished for singing hymns to himself in his cell. Immigrants there were also denied religious headwear and access to religious texts, such as the Bible and the Quran.

This sort of treatment is not just morally reprehensible, it’s against the law. Federal statutes provide heightened protections for religious exercise. This extends to immigrants and incarcerated individuals, who are especially vulnerable to neglect, mistreatment, and other abuses. That’s why we’ve sent a letter to the Department of Homeland Security, calling on its Office of Inspector General and Office for Civil Rights and Civil Liberties to launch a thorough investigation and take action.

Unlike some of the countries from which these individuals are fleeing, the United States was founded on the belief that everyone is entitled to religious freedom. ICE and Border Patrol must stop making a mockery of our most cherished principles by denying immigrants the fundamental right to practice their faith.