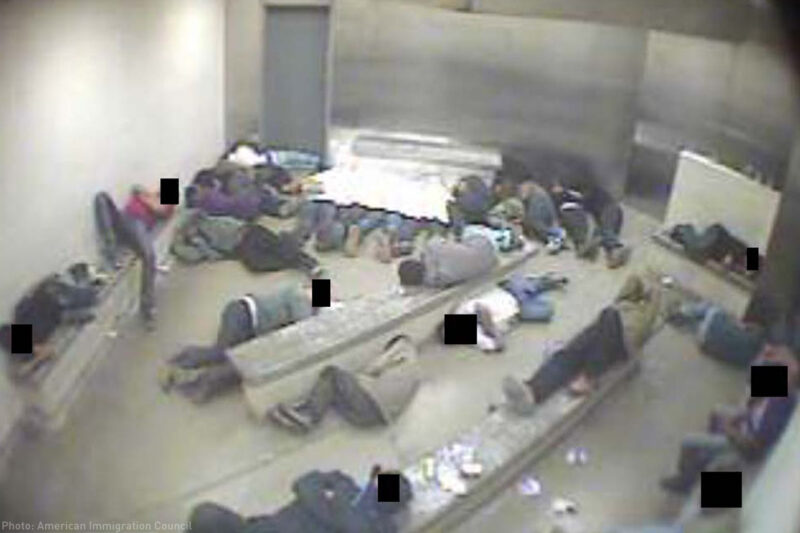 Last week, the ACLU’s Border Litigation Project and University of Chicago Law’s International Human Rights Clinic published a report detailing child abuse by U.S. Customs and Border Protection. The report, based on a portion of the more than 30,000 pages of government records we obtained through the Freedom of Information Act, identifies numerous cases of serious alleged misconduct by CBP officials between 2009 and 2014, focusing on the agency’s verbal, physical, sexual, and emotional abuse of migrant children.

CBP responded by calling our report “unfounded.” Here, we address the false statements CBP made in its response.

“CBP . . . is greatly disappointed that [the report] doesn’t acknowledge that the [Office of Inspector General] conducted an investigation in 2014 that determined that prior claims made by the ACLU were completely unfounded. The OIG conducted 57 unannounced visits to 41 different CBP facilities and “did not observe misconduct or inappropriate conduct by DHS employees during our unannounced visits.” The full report is available here.”

First, OIG conducted unannounced CBP site visits only after immigrants’ rights groups filed a complaint in June 2014 detailing 116 cases of child abuse or neglect. Second, the visits occurred in July and August 2014 — months after these abuses had been reported and after those children referenced in the complaint had been released. Third, in the fall of 2014, OIG announced that it would no longer conduct site inspections, without explaining why.

Perhaps most importantly, in June 2015 — almost a year after the visits touted in CBP’s response — a coalition of immigrants’ rights advocates filed a class action lawsuit challenging CBP detention conditions. The litigation, which continues today, documents former CBP detainees’ horrific experiences, including through photos showing just how bleak these facilities are. CBP fought to keep all of this information secret — and was sanctioned by a federal judge for willfully destroying video evidence about conditions in its detention facilities.

“The ‘report’ equates allegations with fact . . .”

To the contrary, our report notes that many of the complaints at issue never appear to have made it past the allegation stage — which is itself a problem. Because DHS “oversight” agencies routinely close investigations without rigorous, thorough review, all “allegations” inevitably remain “unfounded.”

Our report details how DHS’s two oversight agencies, the Office for Civil Rights and Civil Liberties and OIG, lack sufficient authority and routinely fail to undertake independent, timely, or robust investigations. Using CRCL’s own records, for example, we show how this agency prematurely closed investigations, allowed complaints to go uninvestigated for months or years, and declined to pursue investigations on certain issues when it had “too many” other complaints.

The records we have obtained reflect hundreds of cases in which minors report remarkably similar episodes of abuse or neglect over a multi-year period. These are reports made by children who were apprehended and detained hundreds of miles apart, from California to Texas, and who had no opportunity to consult one another.

“[The report] . . . flatly ignores a number of improvements made by U.S. Customs and Border Protection. . .”

Let’s assess each of these “improvements.”

CBP references its National Standards on Transport, Escort, Detention, and Search (TEDS), published in October 2015. According to the agency, these standards “have been implemented in all CBP facilities” and include “provisions related to sexual abuse and assault prevention and response.”

Rather than “flatly ignore” the TEDS standards, we discuss them in our report even though they had not been adopted at the time of the alleged abuses described. These basic requirements for humane detention conditions — including ensuring children’s access to clean bedding, edible food, and clean drinking water — should have been clear to CBP officials well before the TEDS standards were formally adopted. Yet there is evidence that CBP continues to fail to meet these basic standards — as an Arizona federal district court acknowledged as late as November 2016.

The other “improvement” is the agency’s implementation of the federal Prison Rape Elimination Act (PREA).

In actuality, CBP ignores key PREA requirements. CBP must conduct an annual review of sexual abuse data and prepare an annual report of its findings and corrective actions, and then make this report publicly available online.

Additionally, the PREA requires CBP officials to report alleged sexual abuse “under applicable mandatory reporting laws.” There is no indication, from the records we have obtained from the government or otherwise, that the agency does so.

“CBP’s Office of Professinal Responsibility investigates allegations of misconduct on the part of CBP employees when an NGO provides sufficient information necessary to conduct an appropriate inquiry.”

OPR’s investigations routinely conclude with no finding of policy or other violations by CBP. For example, since CBP’s National Use of Force Review Board was established in late 2014, OPR has never concluded that any CBP use-of-force has violated agency policy — including the brutal and unjustified tasing of U.S. citizen Jessica Cooke and the senseless tasing and beating of Anastasio Hernandez Rojas, which led to his death.

Additionally, even CBP employees who have been found to violate agency policy regularly evade discipline or any other meaningful form of accountability. Recall, for example, the case of Cruz Velazquez — a teenager who died after two CBP officers encouraged him to drink liquid methamphetamine. Despite video evidence of these officials’ egregious disregard for human life, and despite a “CBP investigation,” no disciplinary action was ever taken against either CBP officer.

“. . . the report contains a number of anecdotal assertions and does not provide specifics, preventing CBP from commencing reasonable steps to examine these assertions and addressing their concerns.”

Each and every “anecdote” referenced in our report is supported by one or more government document, all of which are cited in the endnotes and provided online for public review. At the end of June, we’ll publish the next set of records, which include audio files of CBP officials subjecting children to coercive and abusive interviews.

Our report speaks in the voices of defenseless children who were mistreated by federal agents acting on behalf of our government. The heavy burden is on the government — which today confines more than 10,000 immigrant children — to show that its standards can be independently verified to be in the best interests of these children.