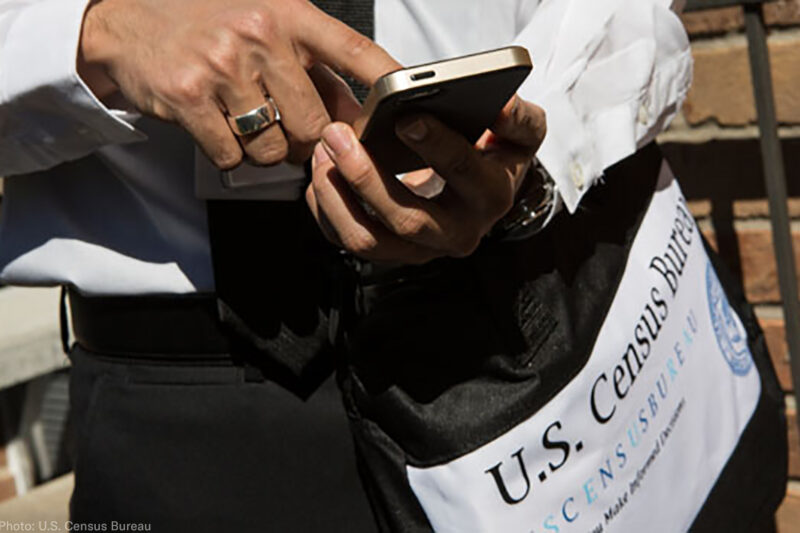 For the first time since 1950, the census will ask respondents whether or not they are U.S. citizens. It may seem innocuous, but the addition of the question — in essence, a door-to-door government inquiry as to the citizenship status of every member of every household in the United States — will have far reaching consequences. It will dramatically reduce participation by immigrant communities, stunting their growing political influence and depriving them of economic benefits.

This is not an unintended side effect. It’s the reason the Trump administration sought to add the question, rejecting the advice of Census Bureau’s professional staff, its scientific advisory committee, and five previous census directors from both Republican and Democratic administrations.

Manipulating the census to discriminate against and disadvantage certain groups violates both the Fifth Amendment right to equal protection and the constitutional obligation that the census counts every living person in the United States, not just every citizen. The Trump administration must not be permitted to use the census as a tool to carry out its discriminatory designs — which is why the ACLU and partners have filed a federal lawsuit to block the question’s inclusion before it’s too late.

The Trump administration has claimed that the Justice Department needs citizenship information in order to enforce the Voting Rights Act. Its pure pretext — the Voting Rights Act has been enforced by the government and private parties for over 50 years and during that time the Justice Department has never had access to individual level citizenship data. Attorney General Jeff Sessions has provided no explanation, let alone a detailed analysis, as to why gathering citizenship data through the census is suddenly necessary.

What the administration has done, however, is make its animus toward immigrant communities abundantly clear. Since taking office, President Trump has routinely denigrated immigrants — calling them “rapists,” “terrorists,” and asking “why are we having all these people from shithole countries come here,” and stating his preference for immigrants “from places like Norway.” His administration’s hostility is evident in a sweeping range of anti-immigrant policies, including the issuance of the Muslim ban, the rescission of DACA, the ending of temporary protected status for hundreds of thousands of immigrants who have resided in the United States for years, criminal prosecutions of asylum seekers, increased ICE raids and deportations, and the forced separation of immigrant children from their parents.

Like these policies, the citizenship question is specifically designed to harm immigrants and instill fear among their members. In fact, the Trump administration added the question with the full knowledge that Census Bureau personnel had recently issued specific warnings that Spanish-speakers, Arab-speakers, and Chinese-speakers, among others, were already expressing unprecedented levels of concern about participating in the census.

Lower response rates will be catastrophic for communities and states with large immigrant populations. As a result of an undercounting of their residents, states may lose seats in Congress and crucial federal funding that is tied to census results. The 2020 census data will also be used by states to draw congressional and state legislative districts. Depressing census response rates in already underrepresented communities will allow politicians to draw even more skewed legislative districts and further dilute the political power of these communities. That result plays directly into a longstanding Trump administration plan to exclude non-citizens when apportioning legislative districts as a way to further strip the political power of immigrant communities.

In fact, anti-immigrant crusader Kris Kobach, who publicly stated that he had proposed the idea of the citizenship question to Trump, made clear that the goal was “so Congress [can] consider excluding illegal aliens from the apportionment process.” This strategy has already proven successful. Following the addition of the citizenship question to the census, legislators in Missouri recently introduced a bill to amend its constitution to draw state legislative districts using only citizens, rather than total population. And the state of Alabama filed a lawsuit seeking to prevent counting undocumented immigrants when apportioning congressional seats.

If the citizenship question is permitted to stand, other states seeking to further this nativist agenda are likely to follow suit.