Chaos and Cruelty for Immigrants Held in Brownsville, Texas 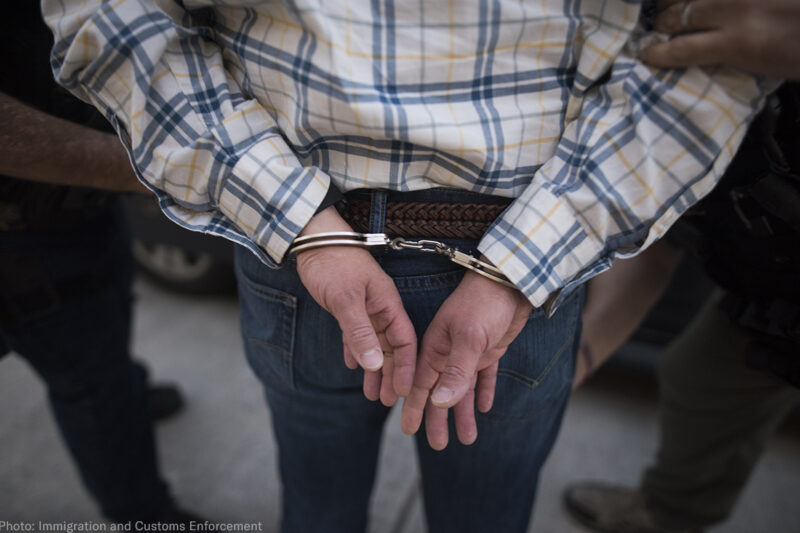 In the federal courthouse in Brownsville, in the space of 75 minutes, 63 people were read their charges, asked to plead guilty or not guilty, and sentenced. Handcuffed and chained at the waist, they had to stoop to raise their right hands.

All this for a misdemeanor: entry without inspection.

The 63 men and women shared the same lone public defender. When they spoke, they spoke in timid whispers, nearly inaudible except to the translators. Eleven said they would happily be deported if they could be reunited with their children. The judge said it is “U.S. policy that once you are finished here, you’ll be reunited with your children.”

Because there is no communication between the Customs and Border Protection agency, Immigration and Customs Enforcement, Homeland Security, and Health and Human Services, no one can tell me – nor the members of Congress who were with me –what the plan is for reuniting parents and children.

The visit to the courthouse on Monday was one stop among many for a congressional delegation that included six members of Congress from Texas, New Mexico, Florida, and Mississippi who had come to the Lower Rio Grande Valley to learn more about the impact of the Trump administration’s “zero tolerance” immigration policy and the willfully engineered humanitarian crisis it has wrought. I had been asked to join them by their host, Rep. Filemon Vela of Brownsville, Texas.

For their visit, the Congressional delegation toured a Border Patrol detention center and two non-profit shelters. It was clearly hard for them to recount what they had seen from the visit. Their words came in halting bursts. Rep. Ben Ray Lujan of New Mexico started to describe how he had to leave the shelter because it was too emotional for him. But he was unable to bring himself to finish.

Rep. Joaquin Castro of San Antonio and Rep. Sheila Jackson Lee of Houston told of two 17-year-olds who had given birth in the shelter. When these young mothers turn 18, they will be moved to the adult criminal authorities and their babies will remain in the shelter. Lee and Castro were moved to tears.

After I left them, I walked the bridges of Brownsville and saw the lines of desperate migrants subjecting themselves to the sorts of indignities and inhumanities you would only suffer if it meant you could keep your children safe.

I talked to two Border Patrol agents standing under a 10-foot awning, just feet from a Colombian woman named Claudia and her four-year-old son Nicholas who were fleeing domestic violence in their home country. Like every other asylum seeker, she had been told that she and Nicholas would not be separated if she entered “the legal way.” But the “legal way” was closed to them for now, the Border Patrol agents claimed, because the port of entry was “at capacity.” She had been there, sitting on the hard cement on the Mexican side of the border, for seven hours. Even with storm clouds looming overhead, she was determined to remain.

I talked to a Border Patrol supervisor in an empty processing room — the one allegedly at capacity — where Claudia and Nicholas could not be processed. He refused to answer any of my questions.

As I was lining up to board my flight home to Houston, I saw a grandfather, traveling with his two grandchildren, who was separated from them because their boarding numbers were not consecutive. A gate agent said he would pre-board them so they would be together. The woman behind me said, “wasn’t that nice. Families shouldn’t be separated.”

No, they shouldn’t. I’m relieved the pressure of a nation has convinced this administration to change the family separation policy. But entire families should not end up in lockups for a mere misdemeanor.