Congressional Action to End the Bans—Now and Into the Future 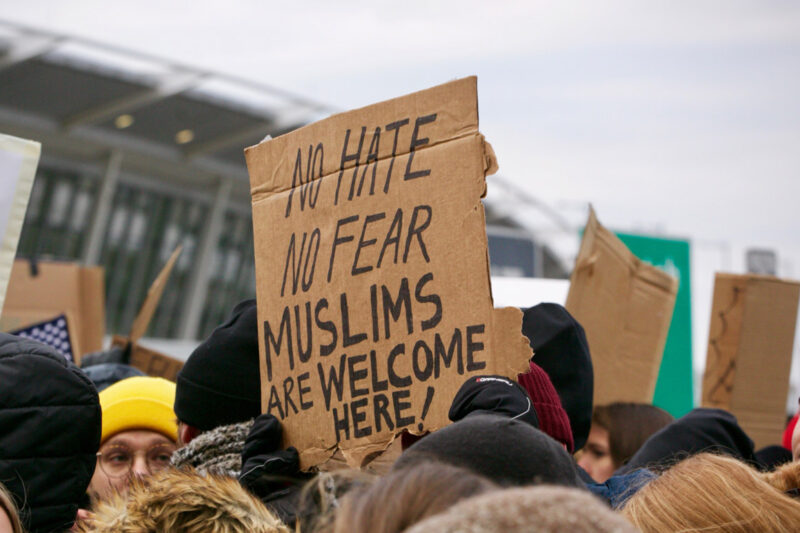 The long-awaited NO Ban Act, introduced by Senator Chris Coons (D-Del.) and Representative Judy Chu (D-Calif.), would immediately rescind the Muslim ban as well as President Trump’s asylum ban and refugee ban, definitively ending these discriminatory abuses of authority by the Trump administration. It would also change the standard by which presidents can invoke ban authority in the future.

Under current law, the executive branch can bar large groups of people from entry without effective accountability or regard for other parts of the Immigration and Nationality Act (INA). The text of the provision that President Trump has relied on in support of his bans says that the President may “suspend the entry” of groups of non-citizens based on a finding that such entry would be “detrimental to the interests of the United States.” And, in a historic failure, the Supreme Court relied on this statutory authority—and discounted the Constitution and other parts of the INA—when it allowed the Muslim ban to remain in effect.

So it’s this specific “entry suspension” provision that the NO BAN Act works to limit. The bill would curtail the broad and unspecific language in the current law and would instead require the government to meet a more stringent standard in suspending or restricting entry based on “credible facts” and connected to “specific acts” that have actually occurred. It would require that such a drastic measure be narrowly tailored to meet a compelling government interest using the least restrictive means in doing so. And it would also establish a system of checks and balances, such that Congress would be routinely notified and briefed on the status, implementation, and constitutional and legislative authority for the executive’s actions.

The NO Ban Act would also expand the non-discrimination provision of the INA to prohibit discrimination based on religion. If passed, presidents would be prohibited by statute from using rank prejudice against a religion in lieu of individualized consideration in the visa process—which would help prevent another Muslim ban from ever being instituted again.

The damage of the bans does not end with those directly impacted. Discriminatory government rhetoric and policies like the Muslim ban play a role in the escalation of bigotry, harassment, and attacks on community members and faith-based institutions. Beyond individuals from the listed countries, the Muslim ban has caused real pain in hearts, homes, and neighborhoods of the American people as well as those around the globe.

Of course, the proposed legislation is not perfect and there is still work to be done. Members should clarify that bars on entry should only be focused on those responsible for the “specific acts” that the ban seeks to address, as in many previous executive orders. And we still need legislation that explicitly protects all communities against discrimination in immigration.

Still, the NO BAN Act is a significant step forward for Muslim and immigrant communities that could be targeted discriminatorily. It is the first legislation in a long time to proactively create standards based upon facts rather than unchecked “suspicion” that can better protect Muslims, Arabs, Iranians, Middle Easterners, and South Asians from the discrimination they have long faced. By creating substantive standards and accountability, it greatly reduces the possibility of future bias-based bans for all communities.

With the NO Ban Act, Congress has the opportunity to correct a wrong perpetrated by the Trump administration and exacerbated by the Supreme Court. From airport protests to tragic stories of Muslim families separated, we have heard the outcry for far too long. The people do not want an America with a Muslim ban; we want an America free from discrimination on a road to equality. It is time for our elected officials to step up to the plate, and for those seeking office to make commitments. Who’s in?