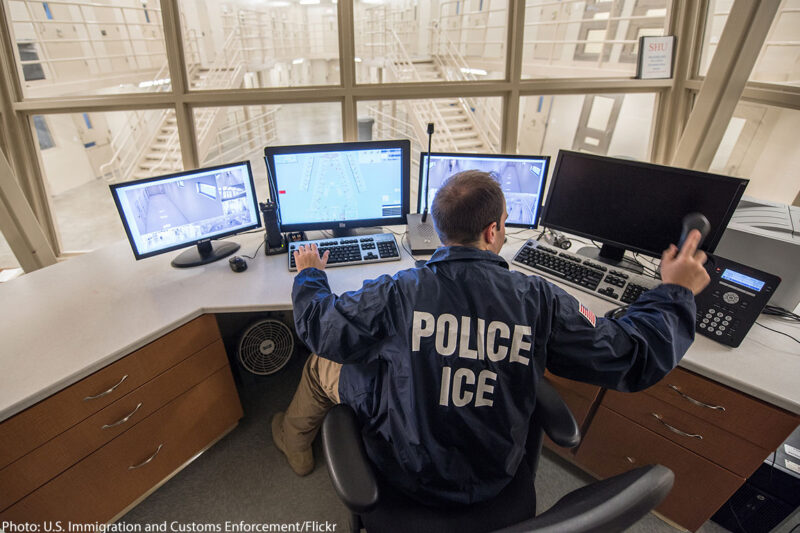 In response to its own nightmarish family separation and zero-tolerance policies, the Trump administration is claiming that in order to keep families together, it must jail them. This isn’t only untrue — it’s expanding a system that puts the health and welfare of immigrants at risk, according to an independent oversight agency.

A new report by the Department of Homeland Security’s Office of Inspector General confirms that Immigration and Customs Enforcement jails are profoundly dangerous places with few safeguards to protect the rights of those detained, much less children and families. The inspector general’s report details how ICE inspections and monitoring of immigrant detention facilities fail on multiple levels.

Rather than address these abject failures, the Trump administration is damningly taking the opposite tack. It now wants to detain tens of thousands of immigrant children and families in ad hoc family jails, including on military bases or in newly constructed facilities under Department of Homeland Security control.

Over the last week alone, DHS asked the Department of Defense to jail 12,000 immigrant children and parents on military bases and issued a request for information to detain an additional 15,000 people in family jails.

The Trump administration thinks it can get away with swiftly expanding detention by building family jails and contracting with the Bureau of Prisons because the existing patchwork of over 200 immigration detention facilities — including private prisons and county jails — operates with impunity. Oversight and accountability of these failed operations, reports the inspector general, is predictably scant.

Inspections of ICE jails are conducted by a private company, Nakamoto Group, as well as ICE’s own Office of Detention Oversight (ODO). Notably, neither entity will investigate all 211 ICE facilities in any given year. Nakamoto inspects an average of 100 facilities each year, and ODO has inspected an average of 28 facilities each year in the last three fiscal years. Finally, there is supposed to be a “continuous” monitoring program, which also does not occur at every facility. The bottom line is that the inspector general found that none of these inspections ensure compliance with detention standards.

The agency’s watchdog also highlights that inspections do not occur with enough frequency, do not meaningfully address facility conditions, and are limited to review of a narrow set of standards. Even worse, according to the report, when there are clear violations, ICE fails to “systematically hold facilities accountable” and “some deficiencies remain unaddressed for years.”

Some of the documented violations that were ignored for years are shocking, including strip searches with no reasonable suspicion and repeated failures by the facilities to notify ICE about sexual assaults, both in violation of detention standards and legal obligations. Furthermore, the report notes inspections are so incomplete that they are ineffective at providing the necessary level of oversight. One ICE official even suggested to the inspector general that the Nakamoto inspections are “useless.”

In one case, Nakamoto inspectors were required to conduct private and confidential interviews with detained immigrants. They failed to do so. Instead, they simply conducted brief group conversations, in English, with no translators present, and asked only very basic questions about food and recreation. In another case, two immigrants were held in “administrative segregation” or solitary confinement simply because there was no other space in which to detain them. The Nakamoto inspector didn’t even bother looking into whether policies on isolation were followed.

In one instance, Nakamoto reported that immigrants in detention “understood how to obtain assistance from ICE officers… [and had] positive comments regarding access to library services.” Yet the inspector general’s investigators did not witness a single Nakamoto inspector asking about the law library, and they even heard immigrants telling inspectors they didn’t know the identity of ICE officers, let alone how to contact them.

These inspections are a pantomime of federal responsibility at best. ICE has no real oversight and certainly no accountability. And now, ICE wants to expand its massive network to jail even more people, including thousands of children and families.

Today there are on average over 40,000 people locked up every day by immigration authorities, costing taxpayers over $2 billion per year. The treatment of immigrants in detention is nothing less than a human rights crisis, and one that needs immediate action.

The OIG’s report is damning, but it is not the first of its kind. It is the latest condemnation after years of reporting that has made it clear that the system of monitoring and inspections is woefully inadequate and fails to address even the most serious issues, including deaths.

In the whirlwind of announcements about the administration’s zero tolerance and family separation policies, CBP’s statement clarified the Trump administration’s intentions: “We’re suspending prosecutions of adults who are members of family units until ICE can accelerate resource capability to allow us to maintain custody.”

If the Trump administration succeeds in expanding the failing detention system it will accomplish two things: hurt immigrant families and line the pockets of private prison companies, like CoreCivic (formerly CCA) and GEO Group. Already, the nation’s two largest family jails, located in Dilley and Karnes City, Texas, are operated by these prison profiteers.

The jailing of immigrants is a cruel and harmful practice. We cannot allow this administration to lock up more immigrants in a system that is already so broken. We must demand Congress reduce the number of detention beds, cut funding for Trump’s massive deportation force, and reject all funding and proposals for any new plans to jail immigrants and families.

It’s up to us to demand how our taxpayer dollars are being spent, and we must collectively say: Not one more cent.