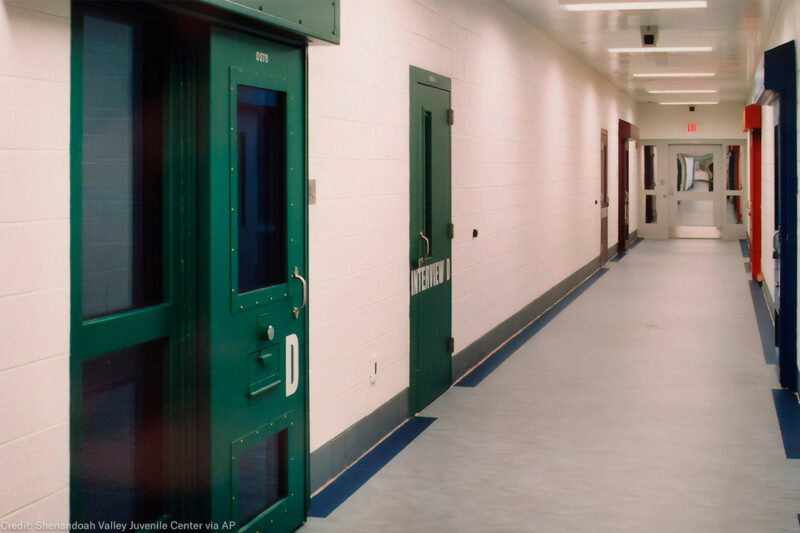 In 2012, I visited the federal supermax prison ADX Florence in Colorado and spoke with men living in solitary confinement. I listened closely to their stories of anguish, but I could not understand how they survived it. They told me of the horror of being trapped in a small room, without access to fresh air or sunlight, for at least 22 hours a day — alone, afraid, and not knowing when it would end. I learned that people in solitary confinement talk to the walls, to themselves, to no one — sometimes they stop talking altogether.

Those are the types of horrors we now know that Immigration and Customs Enforcement (ICE) is inflicting on immigrants, thanks to the courage of whistleblower Ellen Gallagher. This week, multiple news outlets reported government documents detailing 8,488 cases of solitary confinement. In half the cases, solitary lasted longer than 15 days — the point at which some of its psychological harms may become irreversible and it can amount to torture, as well as a violation of international standards outlined in the UN’s Nelson Mandela Rules.

The stories become even more harrowing when we learn why ICE allegedly imposed solitary. NBC news reported reasons including: wearing a hand cast, sharing a consensual kiss, or needing a wheelchair. ICE reportedly put LGBTQ individuals and people with mental illness in solitary as “protective custody,” citing their own safety.

The reports are replete with allegations that, if true, suggest that ICE repeatedly violated its own 2014 directive on solitary confinement.

At the time, the ACLU welcomed that directive as a much-needed step forward, as it required that solitary confinement occur “only when necessary.” Except in disciplinary cases, the directive requires that solitary be imposed “for the briefest term and under the least restrictive conditions practicable.” Individuals may not be placed in solitary based solely on their physical disability, sexual orientation, or gender identity (among other bases). And solitary can only be imposed as a form of discipline after a panel determines the detainee “committed serious misconduct” and “when alternative dispositions would inadequately regulate detainee behavior.” Instead of following its directive, however, ICE “uses isolation as a go-to tool, rather than a last resort,” The Intercept concluded.

If ICE has repeatedly flouted its own rules on solitary, it should come as no surprise. ICE and its peer agency, Customs and Border Protection (CBP), have egregious records of allowing officials to commit abuses and endanger lives, often with impunity.

This week 16-year-old Carlos Gregorio Hernandez Vazquez died in CBP custody in Texas one day after being diagnosed with influenza. He reportedly had traveled there to reunite with family and support his siblings, including his brother with special needs. Only three days prior to his death, the ACLU Border Rights Center and ACLU of Texas wrote a complaint to the DHS Inspector General describing shocking conditions in CBP detention: Children and their parents forced to sleep outdoors through extreme heat and rain, in puddles of water, given only paper-thin Mylar sheets to shield them from the elements; Border Patrol agents ignoring or denying requests for medical care, including for infants and kids.

And yet the immigration detention machine churns on. This week ICE detention numbers spiked at 52,398 people—an apparent all-time high, and far above the level of 45,000 that Congress authorized earlier this year.

The Trump administration has asked Congress for billions more in enforcement funds for CBP and ICE. At a hearing this week, Acting DHS Secretary Kevin McAleenan warned that without more funds, it would be difficult for DHS to prevent “the children being put at risk.” He also asked for new legal authorities to detain families for longer.

Providing an abusive agency more money and authority so that it will stop committing abuses makes no sense. It’s like donating to a corrupt politician, in the hope that it will stop her from yielding to the temptation to be corrupt.

Immigration detention is expensive, inhumane and unnecessary. Instead of being hostage to the Trump administration’s ever-increasing demands, Congress should press the administration to reduce detention and revive alternatives such as the Family Case Management Program, in partnership with community-based organizations, for individuals who need case management support.

Congress should also pass the Dignity For Detained Immigrants Act, a landmark detention reform bill. One key provision: It requires the DHS Office of Inspector General to carry out unannounced inspections of every DHS detention site, and forces DHS to promptly investigate detainee deaths.

Policymakers should be knocking on the doors of every detention site in the nation. We know horrific things have gone on there. Unless they are exposed, and ICE and its contractors held accountable, it’s all too likely the abuses will continue.