Family Separation in Court: What You Need to Know 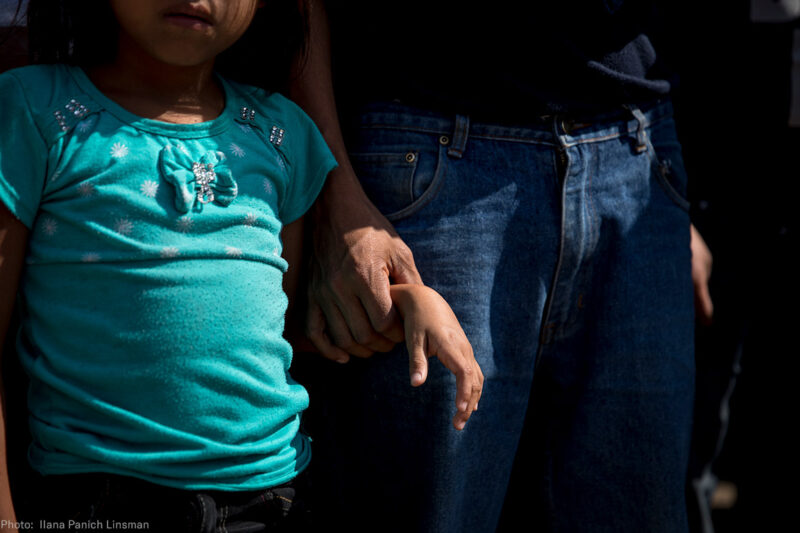 On June 26, a federal judge issued a national injunction in the ACLU’s class action lawsuit against the Trump administration’s policy of separating children and parents at the border. He ordered the government to reunite all children under five with their parents by Tuesday, July 10, and all remaining children by July 26.

Since then, the administration has been scrambling to create a plan and process to meet the court’s deadlines and reunite thousands of families.

Here are the four things you need to know about where the reunification process stands:

The judge did not extend deadlines for the government to reunite families, saying “These are firm deadlines. They’re not aspirational goals.”

Children who are successfully reunited by Tuesday will first be transferred from the Office of Refugee Resettlement into the custody of Immigration and Customs Enforcement, where their parents are being held. ICE will then release parent and child together. The families will not be held in detention together.

While the locations will not be publicly disclosed, the ACLU has asked the court to require the government to notify us, so that we can coordinate with local non-governmental organizations to ensure that they are onsite to meet families and assist with shelter, transportation, and other needs.

The government attempted to shirk responsibility for reuniting children with parents who had already been deported, but the court said no.

On July 6, in a brazen attempt to shrink the number of children the government is obligated to reunite, the Justice Department attorney argued that parents whose children had been taken away but who had already been deported should not fall into the class of people affected by the lawsuit.

Lee Gelernt, the ACLU attorney arguing the family separation class action, pushed back, pointing out that, “Those are the most acute situations, the most horrible situations, because then you have a parent far away wondering … what is happening to my child in a foreign country?”

The judge agreed, making it clear that deported parents are a part of the class and the government has the obligation to reunite them with their children.

However, the judge did stress that if the government does identify some children who technically fall outside the class, it should still “try to reunite, because that’s the spirit of the injunctive relief and what everyone is trying to do.”

The government’s attempt to abdicate responsibility for the reunion of toddler-age children with parents who they have deported to foreign countries remains deeply disturbing. In fact, it’s all the more troubling considering reports of a form that ICE is distributing that misleadingly presents parents with active asylum claims with two choices: Leave the country with their child, or leave the country without their child. It did not include the option of being reunited with their children and pursuing their asylum claims.

The government must post the notice in ICE detention facilities starting today.

The ACLU is actively working with the government to locate the parents who have already been deported — a problem the administration would never have required help with had they not ripped families apart in the first place.

The court said the government must use a streamlined process to reunite children.

While the government is now attempting to comply with the court orders, it’s failing because of real logistical problems, like missing records or parents whose locations it failed to track. But it is also stalling by insisting on sticking to status quo agency procedures in the face of extraordinarily unique circumstances.

Ordinarily, the Office of Refugee Resettlement would conduct a background check, perform a home visit, and fingerprint the people to whom it was releasing a child. That’s because the agency is dealing with kids who came to the United States unaccompanied by a parent. But these procedures are not necessary in cases where the government took a child from a parent, rendering them unaccompanied.

The government has also argued that it needs to administer DNA tests to every parent and child, which will cause unnecessary delays in reunification and raises serious privacy concerns.

The judge made clear on Tuesday that business as usual is not acceptable, that parents are not “applying” for permission to get their children, but rather that the government has an “affirmative obligation” to reunite. Unless the parent is unfit or presents a danger to the child, the child needs to be reunified with the parent.

We asked the court to restrict the government’s use of DNA testing to limited cases where parentage cannot be verified in another way, meaning that there is no other reliable documentary, testimonial, or other evidence of parentage.

It is inherently coercive for the government to require parents to submit to DNA testing to get back the children that were unlawfully taken from them. Parents should not have to sacrifice their privacy rights and face the risk of having their DNA information collected in a government database to be reunified with their children.

The judge agreed, finding that DNA tests should only be performed when there is a genuine reason to doubt parentage or when the government has a legitimate concern that it will not otherwise meet the deadline to reunify. Further, Judge Sabraw found that should DNA tests be necessary, the samples must be destroyed after being used to match up parents and children and can’t be put into a government database.

The government said that all children reunited with parents by the Tuesday deadline would be released from custody, but it raised the specter of family detention in the future.

At the close of the hearing, a Justice Department attorney asked Judge Sabraw to clarify whether the national injunction requires the release of parents from detention, or only the reunion of parent and child.

This question comes on the heels of a separate decision on July 9 from Judge Dolly M. Gee of the Federal District Court in Los Angeles, declining to amend a decades-old court agreement (known as the Flores settlement) which established protections for children to prevent their indefinite detention in unlicensed facilities.

Ending family separation doesn’t require family prisons, but this is not the first time the Trump administration has peddled the false equivalency. Alternatives to family detention not only exist, they are more humane and far less costly.