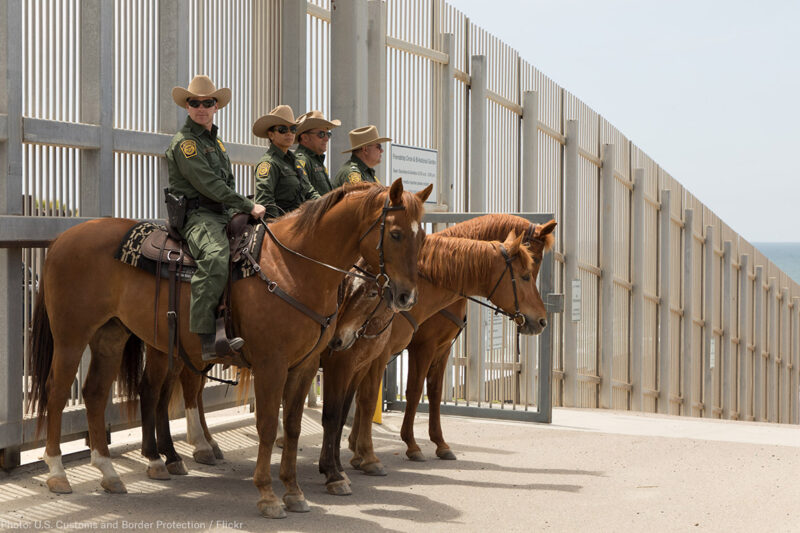 On Oct. 10, 2012, José Antonio Elena Rodriguez, a 16-year-old boy, was shot and killed on Calle Internacional, a street in his hometown of Nogales, Sonora, Mexico by a U.S. Border Patrol Agent.

The agent, Lonnie Swartz, fired his gun through the U.S.-Mexico border fence, striking José Antonio approximately 10 times, with virtually all of the bullets entering from his back.

The unjustified death devastated the Rodriguez family, and raised serious legal questions: If a U.S. Border Patrol agent uses excessive and unnecessary force to kill a noncitizen in a foreign country, are there consequences under the U.S. Constitution?

On Wednesday, almost six years after José Antonio was killed, the Ninth Circuit Court of Appeals held that his mother can sue Swartz for damages. The Ninth Circuit’s decision involves several constitutional doctrines, but as the court recognized, at its core is a simple principle: “It is inconceivable that any reasonable officer could have thought that he or she could kill [José Antonio Elena Rodriguez] for no reason.”

The opinion is not only a milestone in the fight for justice for José Antonio’s family, it is the first time that a court of appeals has confirmed that the Constitution, and in particular the Fourth Amendment, applies in the context of a cross-border shooting. Indeed, this marks the first appellate case ever to apply the Fourth Amendment internationally. The ruling sets a critical precedent that Border Patrol agents cannot kill without constitutional repercussions just because the victim was across the border in Canada or Mexico.

Swartz — and the federal government, which took his side in this case at the same time as it is separately prosecuting him for the killing — asked for the case to be dismissed, arguing that José Antonio was not deprived of any constitutional rights because as a Mexican national killed in Mexico, he doesn’t have any. In July 2015, the U.S. District Court of Arizona denied that request, finding that José Antonio “was entitled to protection pursuant to the Fourth Amendment.”

Swartz then chose to appeal, doubling down on the arguments that the Constitution stops at the border, that he is immune from suit, and that José Antonio’s mother should not be able to sue him for damages, even if her son’s shooting did violate the Constitution.

It’s that last argument — that the court should not allow a constitutional suit against a federal officer for damages, also called a Bivens suit — that became one of the critical issues in the case. Bivens suits got their name from a 1971 case called Bivens v. Six Unknown Named Agents of the Federal Bureau of Narcotics, where the plaintiff sued federal officers for violating the Fourth Amendment in searching and arresting him. The Supreme Court held that the Constitution allows plaintiffs to seek damages from federal officers for unlawful searches and seizures.

That’s exactly what José Antonio’s mother is doing in this case: She is suing Agent Swartz for violating the Fourth Amendment by killing her son. The Ninth Circuit recognized that. It also rightly rejected the government’s arguments that Araceli should not be able to seek damages because “the cross-border nature of the shooting implicates foreign policy.”

The court noted that the government had not explained how any policy would actually be implicated by allowing the suit to go forward, saying “just as national security cannot be used as a talisman to ward off inconvenient claims, neither does the ‘mere incantation’ of the magic words ‘foreign policy’ cause a Bivens remedy to disappear.”

Those words are especially important now at a moment when the Trump administration is doing all it can to militarize the border. The Ninth Circuit got it right: CBP officers are not above the law, even when they claim that national security is implicated and even when their victim is on the other side of the border.