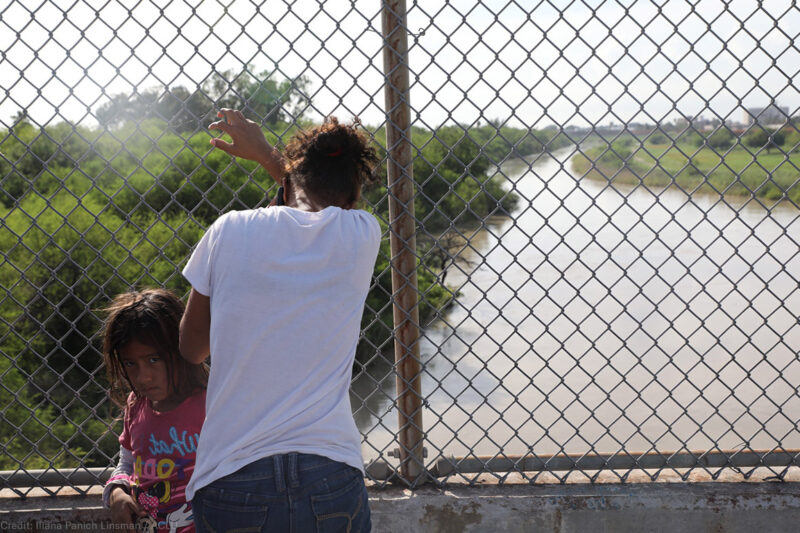 UPDATE, Nov. 20, 2018: Late Monday night, a federal judge issued a temporary restraining order blocking President Trump’s asylum ban while the suit moves forward. The order will be in effect until Dec. 19 at least, when there will be another hearing on the ban. In his order, Judge Jon S. Tigar of the U.S. District Court in San Francisco wrote, “The rule barring asylum for immigrants who enter the country outside a port of entry irreconcilably conflicts with the INA [Immigration and Naturalization Act] and the expressed intent of Congress. Whatever the scope of the President’s authority, he may not rewrite the immigration laws to impose a condition that Congress has expressly forbidden.”

Claiming that the illegal entry of immigrants across the southern border of the United States is a national crisis, President Trump on Friday issued a proclamation purporting to bar the entry of all persons entering the United States at any place other than an official port of entry.

The Trump administration’s action is contrary to the founding values of the country — welcoming homeless refugees to our shores. It also violates U.S. law, so we, along with the Center for Constitutional Rights and the Southern Poverty Law Center, filed suit against the administration on behalf of several nonprofit organizations that provide assistance to refugees and asylum seekers. The plaintiffs include the East Bay Sanctuary Covenant, Al Otro Lado, Innovation Law Lab, and the Central American Resource Center.

This right is particularly important because U.S. government officials are routinely denying entry to asylum seekers at official ports of entry. We and our partners have documented numerous instances of Border Patrol agents arbitrarily and unreasonably delaying access to the asylum process by threatening, intimidating, providing misinformation, and using physical force to turn away people seeking asylum.

The administration claims that the southern border is overwhelmed with migrants and that it does not have the capacity to process the huge number of asylum applications. But in fact, migration at the southern border is far lower now than it has been in recent years. The number of migrants apprehended by Border Patrol officials at the U.S.-Mexico border in 2017 is the lowest annual number since 1972.

This so-called crisis at the border has been manufactured by the Trump administration to justify its anti-immigrant and anti-refugee agenda. In fiscal year 2018, Customs and Border Protection processed 1.25 million fewer people arriving at the southern border than in fiscal year 2000, despite having a budget and staff that has doubled since then. Despite this, asylum seekers who wish to present at the San Ysidro Port of Entry are currently waiting an average of four to six weeks in Tijuana due to an alleged lack of CBP capacity.

Earlier this summer, only six asylum seekers were processed each day at the port of entry in Nogales, despite a backlog of more than 100 people waiting in Mexico to apply. The port is capable of holding 47 people at a time.

These asylum seekers are fleeing some of the most dangerous countries in the world. Many come from El Salvador, Guatemala, and Honduras, and they are running from life-or-death situations, leaving everything behind to make a dangerous journey. In particular, violence against women by criminal armed groups has escalated dramatically in Central America, and home governments have been unable or unwilling to provide effective protection from persecution.

Upon being turned away from ports of entry, some have been raped, beaten, and kidnapped and held for ransom by cartel members waiting outside. Even shelters outside ports of entry are not always safe, as cartels often infiltrate them. Because they need to reach safety as quickly as possible, and because of CBP’s seemingly deliberate efforts to stop asylum seekers from entering, many feel compelled to enter the United States along the border, outside of a port of entry, in order to escape their persecutors and the violence on Mexico’s side of the border.

According to the United Nations High Commissioner for Refugees, in fiscal year 2015, 82 percent of the women from El Salvador, Guatemala, Honduras, and Mexico who were subject to a credible fear screening by an asylum officer were found to have a significant possibility of establishing eligibility for asylum or protection under the Convention Against Torture. Between fiscal years 2014 and 2016, 12,350 people from El Salvador, Guatemala, and Honduras were granted asylum.

President Trump has claimed that migrants are abusing our system by requesting political asylum and then disappearing into the country and never showing up for their immigration hearings. In fact, once asylum seekers pass their initial screenings — known as credible fear interviews — and are released into the United States, they overwhelmingly show up for their immigration hearings. According to data from the Department of Justice, in fiscal year 2017, 89 percent of asylum seekers appeared for their hearings.

We intend to make sure this continues to be the case and look forward to seeing the administration in court.