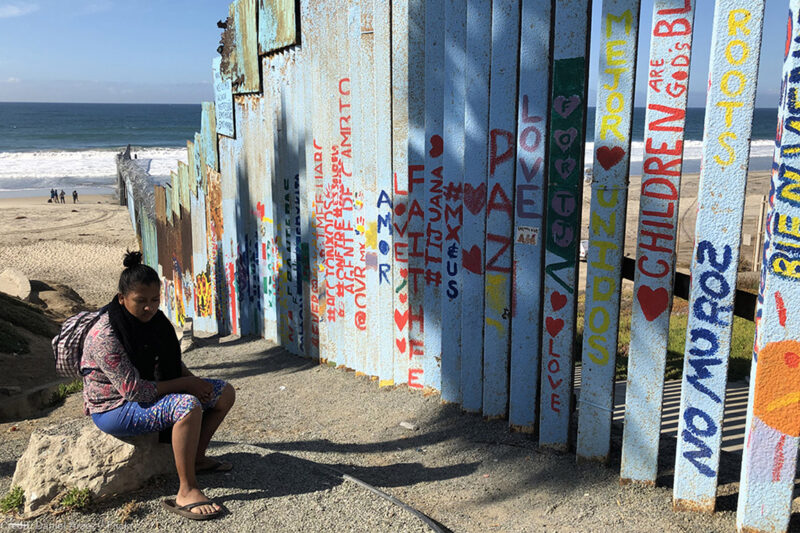 A federal judge in Washington, D.C., permanently blocked a June 2018 “expedited removal” policy that gutted asylum protections for immigrants fleeing domestic violence and gang brutality. Holding that “there is no legal basis for an effective categorical ban on domestic violence and gang-related claims,” Judge Emmet Sullivan struck down the policy for being contrary to the Immigration and Nationality Act, the Refugee Act, and the Administrative Procedure Act. As part of the injunction, the court ordered the government to bring our plaintiffs who were wrongfully removed under this policy back to the United States so that they can pursue their asylum claims. Under the court’s order, each of our plaintiffs will receive a new credible fear interview and their expedited removal orders will be canceled.

The ACLU and the University of California’s Hastings Center for Gender and Refugee Studies brought the lawsuit on Aug. 9 on behalf of 12 adults and children who all had their asylum claims wrongfully rejected at the “credible fear” screening stage based on the unlawful policy.

Our clients, predominantly women from Central America, endured extensive sexual and physical violence in their countries of origin. Fearing they would be killed, along with their young children, they sought refuge in the U.S. Grace* fled Guatemala after being raped, beaten, and threatened for over 20 years by her abusive partner, who frequently disparaged her indigenous heritage. She sought help from local authorities, only to have them assist her persecutor in forcibly evicting her from her home. Mina* escaped her country after a gang murdered her father-in-law and local police did nothing to help. Gang members broke down her door and beat her so badly that she was unable to walk the next day. They told her that they would rape her and mutilate her body unless she left town.

Because our clients were placed in a summary deportation process known as “expedited removal,” they were required to pass a threshold “credible fear” screening with an asylum officer before they could get a full hearing on their asylum claims. But under the Trump administration’s new policy, the asylum officers concluded that our clients did not have a “credible fear of persecution” and ordered them deported without a hearing.

That’s not because the asylum officers didn’t find their accounts credible — they did — it’s because the Trump administration had illegally changed the rules.

In June, former Attorney General Jeff Sessions chose to intervene in an individual asylum case, Matter of A-B–, where he reversed the grant of asylum to a Salvadoran woman who fled horrific sexual and domestic violence at the hands of her then-husband. Sessions used that ruling to issue a broad, and deeply flawed, legal decision that sought to disqualify whole categories of claims as legitimate grounds for asylum in the United States.

“Generally,” Sessions asserted, “claims by aliens pertaining to domestic violence or gang violence perpetrated by non-governmental actors will not qualify for asylum.” He followed this up with a footnote stating, “Accordingly, few such claims would satisfy the legal standard to determine whether an alien has a credible fear of persecution.”

In order to support this claim, Sessions argued that the plight of domestic and gang violence survivors is “merely personal” and not indicative of membership in a “particular social group” — one of the five protected grounds for asylum. But his conclusion ignored decades of settled law that individuals fleeing gender-based violence can satisfy the asylum standards.

That’s not how the credible fear process was supposed to work. When Congress established expedited removal in 1996, it deliberately established a low threshold screening standard so that no one with a potentially meritorious asylum claim would be sent back to danger. Credible fear interviews are meant to determine whether there is a “significant possibility” that an immigrant could show they are eligible for asylum in a full deportation hearing with evidence, witnesses, and appeals. If so, they get that chance; if not, they are quickly removed from the United States.

By ratcheting up the credible fear standard, the Trump administration put thousands of immigrants at risk of being removed to places where they fear for their lives.

The court found key aspects of Sessions’ decision in Matter of A-B-, and related policy guidance with respect to expedited removal proceedings, unlawful. For example, the court invalidated Session’s requirement that people fleeing persecution by nongovernmental actors need to show that their home country government either “condoned” the persecution or is “completely helpless” to prevent it. The court also struck down the government’s new rule that asylum officers can just ignore court of appeals precedents that are inconsistent with Matter of A-B-. As a result, the administration is now permanently blocked from applying these unlawful policies to credible fear proceedings going forward.

In the court’s own words: “[B]ecause it is the will of Congress — not the whims of the Executive — that determines the standard for expedited removal, the Court finds that those policies are unlawful.”