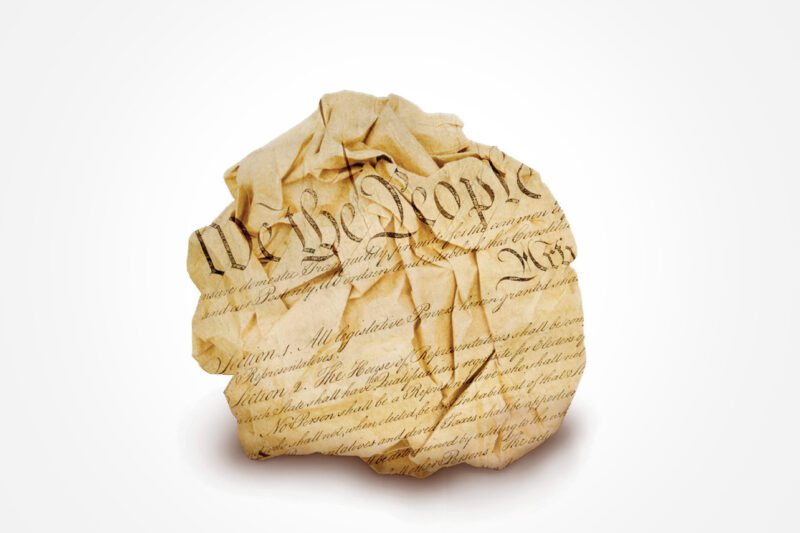 In response to the horrific events in Paris, 31 governors have announced that they oppose — and in some cases will refuse — the resettlement of Syrian refugees to their states.

Many have commented on the misguided nature of this knee-jerk reaction: Refugees are more thoroughly vetted than any other group of people who come to the United States, undergoing rigorous security screenings prior to their arrival. These statements are also completely at odds with the fundamental American value of protecting those seeking safety from war and persecution, scapegoating refugees for the terror they are fleeing. But beyond the fear mongering and the rejection of core American values, these governors’ proposed policies can’t stand as a matter of the law: They are patently unconstitutional.

1. The federal government decides who is admitted to this country, not the states.

For more than 75 years, the Supreme Court has made it clear that the federal government has fundamental control over establishing our national immigration policy and states cannot create a patchwork of different policies. Through the Refugee Act of 1980 — a law passed with wide bipartisan support — Congress reiterated that the federal government has the ultimate authority to handle refugees protected within our borders. Attempts by states in the past to regulate the entrance or residence of immigrants into their state have been struck down by the Supreme Court. States simply do not have veto power over the federal government’s admission and resettlement of Syrian refugees.

2. All legally admitted noncitizens are free to live in any state so long as they comply with any federal requirements.

In decisions stretching back 100 years, the Supreme Court has been clear: Once the federal government decides to admit an individual to the country, that person is free to live in any state in the union — without needing that state’s approval – so long as they comply with any federal immigration requirements. States cannot restrict the movement of Syrian refugees through the nation.

3. Discrimination on the basis of national origin or other protected characteristics is unconstitutional.

Under the Equal Protection Clause of the Fourteenth Amendment, states generally cannot discriminate based on protected characteristics, such as race, ethnicity, religion, national origin, or alienage. “These factors [such as race, alienage, or national origin] are so seldom relevant to the achievement of any legitimate state interest that laws grounded in such considerations are deemed to reflect prejudice and antipathy,” the Supreme Court has explained, “a view that those in the burdened class are not as worthy or deserving as others.” Also, in the context of anti-Japanese sentiment during World War II, the Supreme Court rejected California’s attempts to discriminate in the granting of fishing licenses to certain immigrants, largely of Japanese descent. Therefore, states cannot decide to single out refugees on the basis of their nationality for exclusion or denial of particular benefits.

Likewise, any attempt by state or local law enforcement agencies to profile, stop, or arrest individuals simply on the basis that they could be Syrian refugees would also violate the Constitution’s Equal Protection Clause, as would any attempts to deny them housing. The Fair Housing Act, which was passed as part of the Civil Rights Act of 1968, prohibits making housing unavailable based on national origin and would therefore bar such invidious discrimination against Syrian refugees.

As Justice Kennedy wrote in the Supreme Court decision striking down Arizona’s attempt to create its own ill-advised immigration policy:

The history of the United States is in part made of the stories, talents, and lasting contributions of those who crossed oceans and deserts to come here …. [T]he sound exercise of national power over immigration depends on the Nation’s meeting its responsibility to base its laws on a political will informed by searching, thoughtful, rational civic discourse.

Let’s hope that thoughtfulness, and adherence to constitutional values that unite us, overcomes this fear mongering.