How to Fund the Government Without Paying for Trump's Border Wall 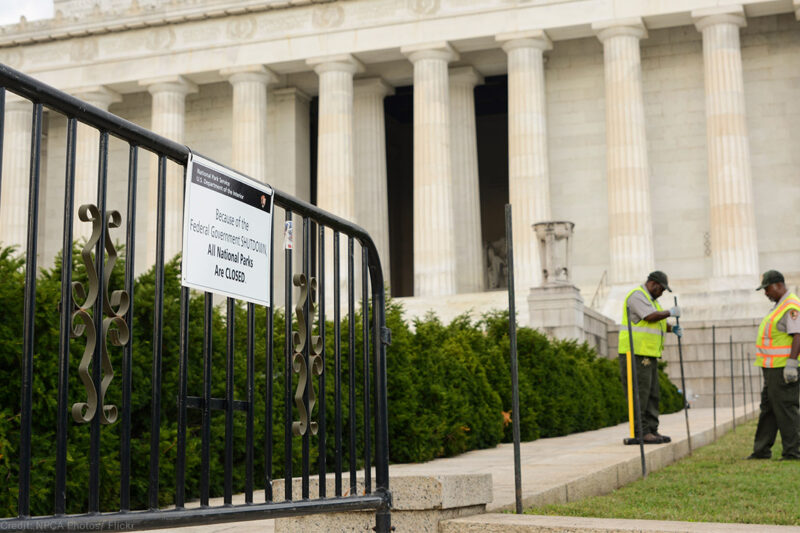 President Trump has followed through on his threat to shut down the government in order to feed his border wall obsession. In fact, he’s gone further, stating that he’ll loot his cabinet departments, including the military, if necessary.

After Trump refused to sign a bipartisan bill passed by the Senate, which would have kept the government open through February 8, 2019, White House Press Secretary Sarah Sanders suggested that the administration will somehow find money to pay for a border wall by raiding “every agency” for dollars. “We’re looking at every avenue available to us,” Sanders said. “The president asked every one of his cabinet secretaries to look for funding that can be used” to build the wall.

Unfortunately there are bad precedents in the Trump administration for this sort of sham accounting: At the beginning of hurricane season, for example, the Department of Homeland Security (DHS) shifted nearly $10 million in disaster relief funds from the Federal Emergency Management Agency (FEMA) to use for ICE detentions.

We have since seen a number of proposals from both the Trump administration and Congress to pay for Trump’s wall fetish. One was to provide $1.6 billion for his border wall along with a whopping $1 billion of “reprogrammed funds” for Trump to use on “immigration-related issues.” House Democratic Leader Nancy Pelosi accurately described this a “slush fund.”

There has also been discussion of different types of long-term funding bills that would last until the end of the fiscal year, in September 2019. This could be a trap that gives Trump much of what he wants on the wall: Although a year-long funding bill would reopen the government and avoid more negotiations over DHS funding, it would also present a serious danger of providing Trump with massive resources to build additional border barriers.

This is because such a bill — called a “continuing resolution” — replicates funding from the previous fiscal year. The 2018 spending bill for DHS, passed by Congress in March, included $1.375 billion in funding for border barriers — the same level of funding that, without explicit changes from Congress, would be included in a full-year continuing resolution for the 2019 fiscal year.

Because the 2018 border funding prohibited the use of Trump’s wall prototypes and specified projects for “fencing,” “replacement walls” or “levee walls,” some incorrectly assume that the bill did not include wall funding. But as the president himself has recently recognized, there is little meaningful difference between a border wall and border fencing. Border communities know that they both lead to government seizures of private property, irreparable damage to wildlife and the environment, and more migrant deaths.

Congress has a way out, and it doesn’t involve rewarding the Trump administration for its attacks on immigrants: A continuing resolution could be amended to explicitly divert border wall funds so they don’t fuel Trump’s cruel border policies. After the tragic deaths of two young children in CBP custody, even the agency’s Commissioner Kevin McAleenan has indirectly suggested how funds could be better used. He has testified that Congress could appropriate $4 billion to cover the “deficit at ports of entry” — which is presently invoked to justify the refusal to allow asylum-seekers to exercise their legal right to ask for refuge — and a “budget for medical care and mental health care for children” in new facilities to replace clearly inadequate and dangerous Border Patrol jails.

If Congress needs more time to debate these amendments, it should take up the stopgap bill that the Senate passed last week to fund the government until February. Federal workers and contractors should not bear the brunt of Trump’s shutdown.

Given that even CBP is talking about funding priorities other than border barriers, there is no reason for the new Congress to give in to Trump. Congress also needs to limit Trump’s ability to raid other budgets, including the military’s, for wall money.

The administration is already moving money around to fulfill Trump’s anti-immigrant agenda: In November, The Daily Beast reported that DHS “quietly moved nearly $100 million dollars out of other areas of its budget” — including the FEMA transfer to ICE before hurricane season — to support its detention and deportation dragnet. Members of Congress have objected to the administration’s desire to divert $450 million in Department of Defense funding toward wall construction in Arizona.

Immigration and Customs Enforcement needed the additional funds to finance its detention of a record number of people — there are nearly 45,000 people in ICE detention on average per day, significantly higher than the previous record of 40,520 funded by Congress for 2018. In other words, even after Congress funded ICE detention at unprecedented levels, the agency ignored its budget and outspent its account. And now it’s asking Congress not only to bail it out but also to give DHS — the department of family separations, the tear gassing of families, and the fatal neglect of children — a raise.

Lawmakers who oppose any border wall spending should know that they have the public on their side: Over 60 percent of Americans oppose Trump’s border wall, and nearly 70 percent think it should not be a congressional priority. Polls have also found that residents of border states are strongly opposed to the wall. Just 35 percent of those surveyed most recently about the shutdown said they backed including money for the wall in a congressional spending bill. And only 25 percent said they supported Trump shutting down the government over the matter.

Members of Congress should hold fast in their refusal to fund Trump’s obsession with achieving his monument to brutality at the border.