How to Co-opt a Pandemic to Ban Asylum 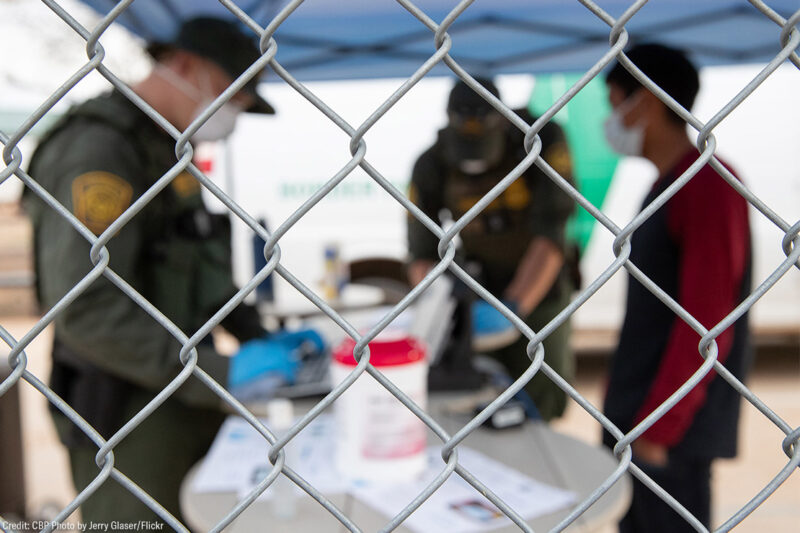 Are you fleeing violence? Yes.

Did you tell Border Patrol? Of course!

What did they say? That there is no more asylum.

Despite her pleas for protection, a 19-year old Salvadoran woman was summarily deported by Customs and Border Protection (CBP) to Ciudad Juarez, Mexico, according to a local advocate who interviewed her immediately afterward. The U.S. has a legal obligation not to return migrants to danger. CBP, instead, placed her directly in harm’s way again.

Yesterday, the Trump administration issued an indefinite extension of the order enabling that deportation, and more than 20,000 others, including more than 900 children, in the past two months. Under the order, agents quickly deport all migrants at the border who do not have prior permission to enter the United States, without allowing them the opportunity to seek protection from persecution that U.S. law guarantees.

The original 30-day order was issued by the Centers for Disease Control and Prevention (CDC) on March 20 and extended on April 20. The latest order functionally ends asylum at the border.

According to leaked internal CBP guidance, only those who “make an affirmative, spontaneous, and reasonably believable claim that they fear being tortured in the country they are being sent back to” will be screened for eligibility for protection in the United States. So far, only two asylum seekers have been allowed to claim protection under this procedure. CBP has prevented the remaining 99.99 percent of migrants from even applying for asylum or other forms of humanitarian protection.

The impact of the CDC order is devastating. The agency is not only placing adults and families in immediate harm, either in Mexico or in the very country from which they fled, but is doing the same thing to hundreds of unaccompanied children.

Co-opting the COVID-19 pandemic to end asylum at the border is the culmination of Trump’s sustained war against those fleeing persecution. Over the past three years, the administration has employed various cruel schemes to dismantle protections, and to unilaterally abandon the welcoming tradition upon which they were built. The United States has historically promoted its global leadership on the protection of migrants and refugees and its robust laws to protect the persecuted. But the arch of U.S. efforts to protect those in need, which began with its key role in negotiating post-World War II international law and norms, has been twisted into the downward spiral of this government’s direct abuse of the most vulnerable.

The New York Times reported that Stephen Miller, the president’s chief advisor on immigration, has tried to use the threat of “disease” as an excuse to close the border since at least 2018. With this latest order, he put that plan into practice. But nobody is fooled by this transparent attempt to use a public health crisis as cover.

Public health experts have objected — strongly. Forty leading epidemiologists, public health experts, and former CDC officials wrote to HHS Secretary Azar and CDC Director Redfield criticizing the order’s “specious public health rationale” and calling for an end to the policy. The letter states that “the current administration is using the imprimatur of the Centers for Disease Control and Prevention (CDC) to circumvent laws and treaty protections designed to save lives and enable the mass expulsion of asylum seekers and unaccompanied children.”

Congress is also taking note of the administration’s power grab under the guise of public health. The chairmen of three important House committees and members of the Senate Judiciary Committee demanded justifications for the suspension of protections for asylum seekers and unaccompanied children that are mandated by U.S. and international law. The House chairmen and Senator Menendez, ranking member of the Senate Foreign Relations Committee, publicly rejected the Department of State’s legal opinion, which they called “deeply flawed.”

Trump officials may pretend otherwise, but it is absolutely possible to protect public health and preserve access to asylum and other humanitarian protection for people fleeing persecution or danger at the same time. Experts have developed recommendations to safely process asylum seekers, children, and other migrants at the border to help ensure that people in desperate need of protection can get it.

Our country is undoubtedly facing a grave public health crisis. We reject the administration’s attempt to take advantage of the crisis to advance its anti-immigrant agenda and discard our legal obligations. The government must reverse the assault on asylum and rebuild a system that fairly and safely restores our proud tradition of protecting people fleeing persecution — if not under this president, then certainly under the next.