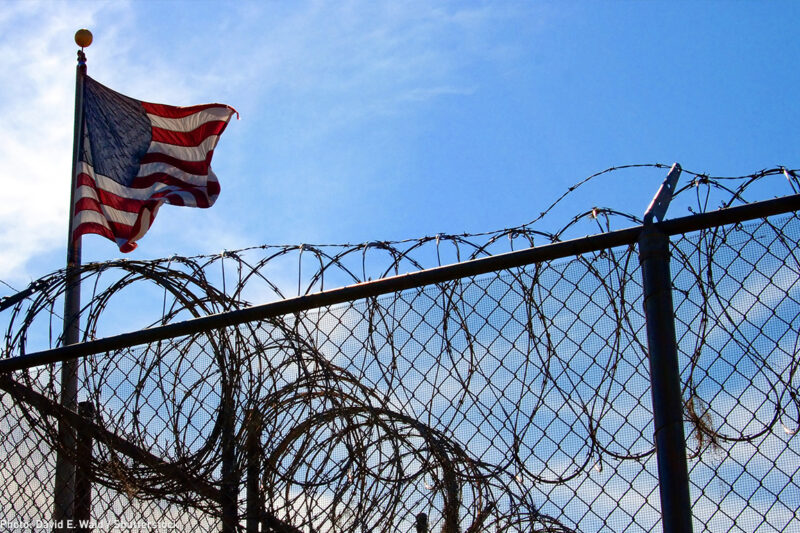 It was an evening in late July when an ICE guard told France Anwar Elias and several other Iraqi men in immigration custody in Arizona that they were going to be released. France described the feeling as, “going from death back again to life.” The men broke out in tears and embraced one another. Many of them had been in immigration custody for months, unsure of the future and frightened for what could happen if they were deported to Iraq, where they face near-certain persecution, torture, or death.

Hours later and only after the men shed their uniforms and changed into regular clothes, the guards broke the news that they were actually just being transferred to yet another immigration detention facility. Kamran Malik said that the news felt like “a knife through the heart.” He had already called his family to tell them that he was coming home, and they were waiting to celebrate.

France distinctly remembers a guard saying, with a smirk, “Sorry for the misunderstanding.”

This was not a misunderstanding.

It was one cruel moment in a series of abuses that the ACLU’s clients have suffered since they entered ICE’s custody in May. They had been transferred by ICE in July to GEO, a privately owned 1,500 bed immigration detention center in Aurora, Colorado.

The ACLU is deeply concerned about reports of abuse and retaliation by ICE against our clients because of their participation in a nationwide class action suit which seeks to stop the immediate deportation of any Iraqi national in the United States. As members of the ACLU of Colorado’s legal team, we traveled to GEO to meet with the men and document their experiences.

GEO, the second largest immigration detention facility in the country, is a tightly regulated, colorless institution with bare cement walls, large metal doors that lock at every threshold and scores of prisoners in scrubs. Each of the detainees we interviewed provided accounts of mistreatment. These accounts were consistent, as was their palpable fear of death if ultimately deported to Iraq.

ICE appears to be targeting Iraqi nationals, because these men are fighting President Trump in court. In March, Trump struck a deal with the Iraqi government: If that government accepted individuals deported from the United States, he would omit Iraq from the list of six Muslim-majority countries banned from traveling to the U.S. In May, ICE began making mass arrests of Iraqis with open removal orders with the intent to deport them immediately.

Among those arrested were Christians, Kurds, and Muslims. They had been living in the United States for varying lengths of time, many for decades. Many who were swept up are Chaldean Christians, members of a religious and ethnic minority that faces violent persecution in Iraq. Fears of violence have been exacerbated by the rise of ISIS, which has also targeted Sunni and Kurdish Muslims. All of these men have reason to believe that living in America will mark them as targets for persecution by ISIS or other groups should they return to Iraq.

Deporting people to a country where they are likely to face violent persecution is not only immoral; it is against American and international law. That’s why the ACLU is fighting in court to allow these individuals time to reopen their cases and prove the danger which awaits them in Iraq. In late July, a federal district judge blocked the federal government from immediately deporting anyone and extended our class action to include Iraqis with final orders of removal nationwide. But the fight is not over to ensure that everyone gets a chance to make their case before an Immigration judge.

Since the court’s ruling, ICE appears to have ramped up its efforts to make the lives of Iraqis in custody so unbearable that they will “voluntarily” sign away their rights to reopen their immigration cases or pursue asylum. The Iraqis have been singled out and denied food, water, and access to the restroom.

One man, who came to the United States as a refugee in 1976, reflected that if he goes back to Iraq, he will be tortured and killed. Still, he feels that his experiences at the hands of ICE are “a different way of torture.” He has told his wife that he is considering just signing the form and going back to Iraq.

In Arizona and Colorado, and on the plane traveling between the two locations, ICE guards referred to the Iraqis as “camel jockey,” “rag head,” and “terrorist.” Guards at GEO referred to one of our clients as ‘Al Qaeda’ and told him, “You Iraqis are the worst people in here. We can’t stand you Iraqis.” When he tried to say that he has rights, he was told that he doesn’t have any rights because he was “an alien.”

ICE guards in Arizona and Colorado have openly pressured Iraqi nationals to sign away their right to fight their immigration cases. Some guards told the detainees that their situations were hopeless and urged them to sign forms agreeing to voluntary deportation, without counsel present. Some Iraqis apparently succumbed to the pressure. The brave men we spoke to have decided to stay and fight.

The ICE guards have no idea whether the detainees have a valid basis to fight their removal. Some detainees said the guards mocked the lawsuit, saying that it would fail. This psychological manipulation is clearly being done to cause distress in those choosing to participate in the legal action.

It is tragic that these individuals, who fear persecution in Iraq because of their religion and connection to America, are now being persecuted by agents of the United States government.