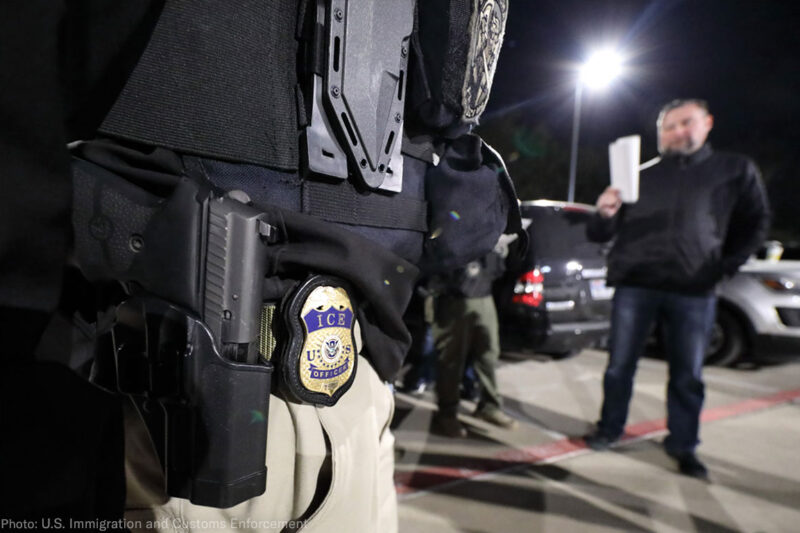 In an act of senseless cruelty, U.S. immigration authorities separated a Congolese mother and six-year-old daughter who had come to the United States last November seeking asylum. But this isn’t an isolated incident.

The mother, Ms. L, has said that after four days in detention, authorities came and took her daughter away with no explanation and flew the child 2,000 miles away to a shelter for “unaccompanied” minors in Chicago. Ms. L could hear her screaming from the other room.

The daughter, S.S., has been in a government-contracted shelter for the past four months. She turned seven scared and alone and has been able to talk to her mother only a handful of times.

On Wednesday, in response to pressure from an ACLU lawsuit, Immigration and Customs Enforcement abruptly released Ms. L, giving her only a few hours notice before sending her into the detention center parking lot with a plastic bag containing her few belongings and nowhere to go.

Efforts are currently underway to have Ms. L’s daughter released from custody in Chicago so the two can be reunited. In media reports, the Department of Homeland Security claimed their separation was a “mistake.” It was no mistake.

In December, the Trump administration announced that it was considering a plan to separate parents from their children when families came here seeking asylum or other relief. In fact, ICE had already begun doing so.

The ACLU has learned that there are many more parents and children who have been separated by ICE. On Friday, the ACLU filed a nationwide class-action lawsuit on behalf of the estimated hundreds of other families that have been torn apart by ICE.

While ICE has said it does not have a formal “policy” of separating parents from their children, it is doing it as a matter of practice. The agency has not said how many children it has separated from parents, but according to Michelle Brane, director of the Migrants Rights and Justice Program at the Women’s Refugee Commission, which monitors U.S. immigration detention facilities, there are at least 429 cases. Asylum lawyers who represent people in immigration detention as well as groups that contract with the government to provide services have also reported numerous cases of children being separated from their parents.

In addition to Ms. L. and S.S. — Catholics who fled the Democratic Republic of Congo with help from a church — the suit includes Ms. C., a Brazilian and her 14-year-old son, J. They entered the United States in Texas last August. Although Ms. C told border guards that she was seeking asylum, she was convicted of a misdemeanor for entering the country illegally and put into jail. Her son was transferred to custody of the Office of Refugee Services, which is charged with caring for “unaccompanied” immigrant minors, and like S.S., was flown across the country to Chicago.

After serving 25 days for her misdemeanor, Ms. C was transferred to immigration detention in El Paso, and then to the West Texas Detention Facility. Yet after being placed into immigration detention, she was not reunited with her son. That was late September. Since then, she has only spoken to him a handful of times.

Both mothers say that on the few occasions that they have been able to speak to their children, it is clear to them that the children are having a very difficult time.

“I worry about J constantly and I don’t know when I will see him,” Ms. C. said in an affidavit to the court. “We have talked on the phone only five or six times since he was taken away from me. I know that J. is having a very hard time detained all by himself. He is only a 14-year-old boy in a strange country and needs his parent.”

In neither case did the government allege that there was abuse or neglect or that the mothers were unfit. Nor did it provide hearings of any kind or any rationale for separating these children from their parents. Instead the government has acted with gratuitous cruelty by separating parents from their children without a reasonable justification. The result has only been to severely traumatize parents and their children who have already suffered the terrifying ordeal of fleeing persecution in their home countries — all in the hope of finding shelter on American shores.