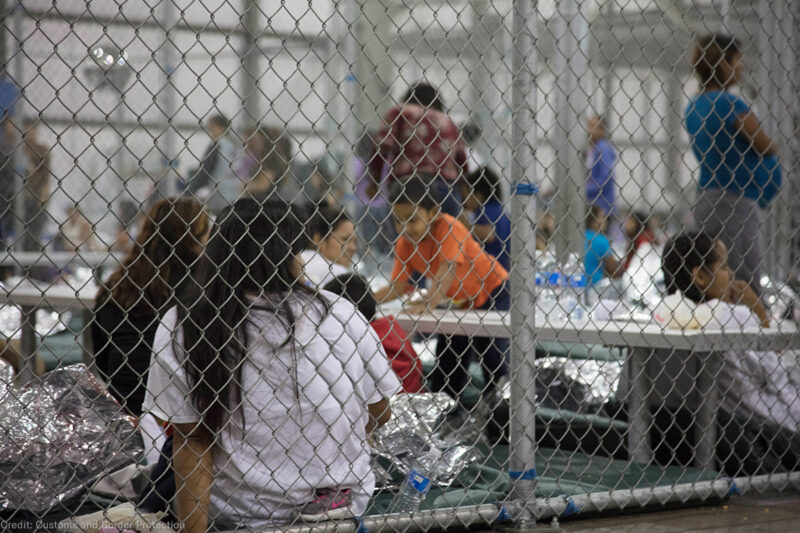 All 50 states, the District of Columbia, and the federal government impose criminal liability on correctional facility staff who have sexual contact with people in their custody. These laws recognize that any sexual activity between detainees and detention facility staff, with or without the use of force, is unlawful because of the inherent power imbalance when people are in custody. Yet, one immigration detention center is trying to avoid responsibility for sexual violence within its walls by arguing that the detainee “consented” to sexual abuse.

E.D., an asylum-seeker and domestic violence survivor from Honduras, was sexually assaulted by an employee while she was detained with her 3-year-old child at the Berks Family Residential Center in Pennsylvania. At the time of the assault, E.D. was 19 years old.

She filed suit against the detention center and its staff for their failure to protect her from sexual violence, even though they were aware of the risk. The record in the case, E.D. v. Sharkey, shows that her assailant coerced and threatened her, including with possible deportation, while the defendants stood by and made jokes.

Although the employee pled guilty to criminal institutional sexual assault under Pennsylvania law, the defendants contend that they should not be liable for any constitutional violations. Their argument rests in part on their assessment that the sexual abuse was “consensual” and that they should be held to a different standard because the Berks Family Residential Center is an immigration detention facility rather than a jail or prison.

The ACLU, ACLU of Pennsylvania, and partner organizations filed an amicus brief this week supporting E.D., explaining that officials wield such tremendous control over the lives of those in their custody, including through coercion and exploitation, that consent to sexual contact cannot be freely given in these circumstances. We also discuss how sexual violence in custodial settings is a serious and pervasive issue, including in immigration detention. For many years, the ACLU, various advocacy groups, and immigrants themselves have reported on the unsafe conditions in immigration detention, including sexual violence and the retaliation that detained immigrants face when they decide to come forward with these violations.

Other reports include a 2014 complaint documenting widespread allegations of sexual harassment at the Karnes County Residential Center, where more than 500 women were detained with their children. In 2017, advocates filed a complaint on behalf of eight immigrants who recounted their experiences of sexual violence while detained in various ICE detention facilities across the country.

The Government Accountability Office reported in 2013 that officials at immigration prisons and jails failed to report 40 percent of sexual abuse allegations to the ICE headquarters. After looking at 10 different detention centers and analyzing over 70 cases of sexual abuse, researchers found that only 7 percent of 215 allegations of sexual assault in immigration detention facilities from 2009 to 2013 were substantiated, calling into question the thoroughness of investigations as well as reporting and oversight mechanisms.

Sexual violence impacts immigrants across federal agencies that are charged with immigrant detention. Most recently in Arizona, the state’s Department of Health Services, which licenses facilities that are used by the U.S. Department of Health and Human Service’s Office of Refugee Resettlement to detain migrant children, moved to revoke the license of Southwest Key, a nonprofit contractor that rakes in about a half a billion dollars to detain migrant children in facilities across the country. The state moved to revoke the group’s license because Southwest Key failed to comply with required employee background checks. At least three former employees have been arrested for sexually abusing migrant children. One was convicted, and one of the facilities was closed down following allegations of staff abusing children.

These are not isolated cases. They clearly show that officials are not doing enough to detect and respond to incidents of sexual abuse in immigration detention. The result is that immigrants are put at serious risk for sexual violence while they are detained.

The Prison Rape Elimination Act was passed by Congress in 2003 to protect against sexual assault in prisons and jails across the country. It took the Department of Homeland Security until 2014 to finalize regulations implementing PREA. Even with those regulations in place, DHS PREA standards do not protect immigrants in all detention facilities because the agency has taken the position that those requirements can only apply when the agency enters into new contracts or renews or modifies old ones.