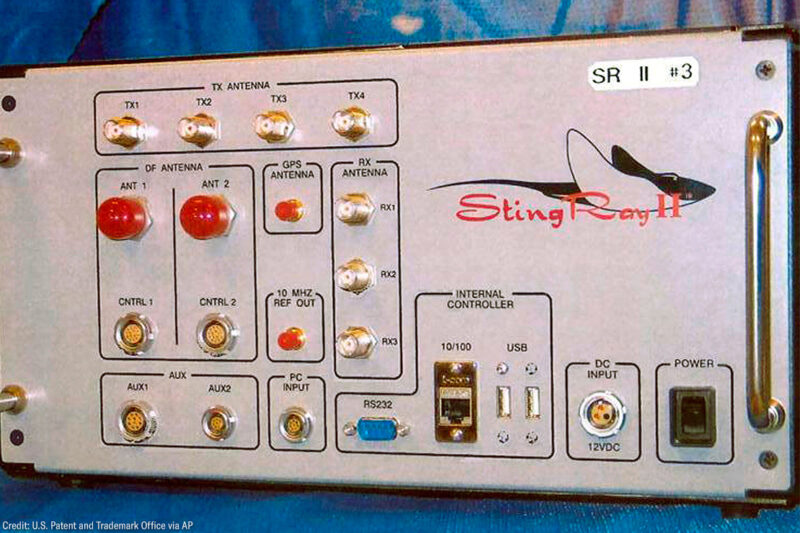 Over a thousand pages of records begin to explain how ICE and CBP are using cell-site simulators. We’re suing to find out more.

For years, immigration enforcement agencies have been using invasive cell phone surveillance technology known as Stingrays in near-total secrecy. To find out more, the ACLU and New York Civil Liberties Union filed a lawsuit under the Freedom of Information Act, and now we’ve forced the agencies to turn over documents revealing new details about the agencies’ practices. Today, we are publishing more than a thousand pages of record we’ve received from U.S. Immigration and Customs Enforcement (ICE) about their purchase and use of Stingray technology. The documents reveal some significant gaps in public knowledge about the agency’s practices and raise significant privacy concerns.

Stingrays, also known as cell site simulators or IMSI catchers, track and locate cell phones. The devices mimic cell phone towers by sending out signals that trick cell phones in the area into transmitting their unique identifying information, ensnaring not only a target’s cell phone but also those of nearby bystanders. Using those transmissions, government agents can precisely locate phones, and can learn the identities of all phones in a particular area.

We initially submitted a FOIA request to ICE and Customs and Border Protection (CBP) in 2017, after the Detroit News reported on a case where ICE used a cell site simulator to locate and arrest an individual on immigration-related charges. That request was met with two years of near silence from the agencies, so last December we filed a lawsuit asking a federal court to order ICE and CBP to produce a range of records about their use, purchase, and oversight of the technology. ICE has since handed over more than a thousand pages of documents. CBP, on the other hand, maintains that it can’t find a single page dealing with cell site simulators, despite public evidence that the agency has spent millions on them. On Friday, we filed a motion asking the court to compel CBP to live up to its legal obligations regarding transparency under the FOIA.

There’s good reason to demand transparency from these agencies. Through the documents we received from ICE alone, here’s what we’ve learned:

There can’t be accountability without transparency. The release of these records — albeit with redactions — provides some helpful insights into what was previously an extremely secretive surveillance practice. For example, the documents provide multiple assertions that ICE and CBP are not using cell site simulators in civil immigration investigations.

That’s good news, but concerns remain. We know that despite claiming not to use Stingrays for civil immigration enforcement, ICE does use the technology in its ever-expanding category of “criminal” immigration investigations, including arrests for the crimes of illegal entry and reentry. And although the requirement to get a warrant is positive, we still don’t know what the agency believes qualifies as an “exigent” or “exceptional” circumstance that lets agents avoid the warrant requirement. Those are just a few of the outstanding questions.

We also continue to know virtually nothing about CBP’s use of this technology. CBP has stated that it searched for records three times in response to our FOIA request and has not identified a single responsive record. But the agency’s no-records response is impossible to square with publicly available information as well as the documents we received from ICE. A 2016 Congressional Report reveals that as of four years ago, CBP had spent $2.5 million to purchase 33 cell site simulator devices. And, in 2017 letters to Sens. Ron Wyden and Al Franken (redacted versions of which were provided to us for the first time in this case), DHS stated that CBP has used cell site simulators and was in the process of drafting a policy to govern their use.

We’re demanding the court order CBP to explain how it conducted its prior searches for records responsive to our FOIA request and to conduct a new search for responsive records.

The use of powerful, surreptitious surveillance equipment is concerning in any context. But when agencies such as ICE and CBP, with a long history of abusive practices, evade requests for information and then obfuscate provided information, we should all be concerned.