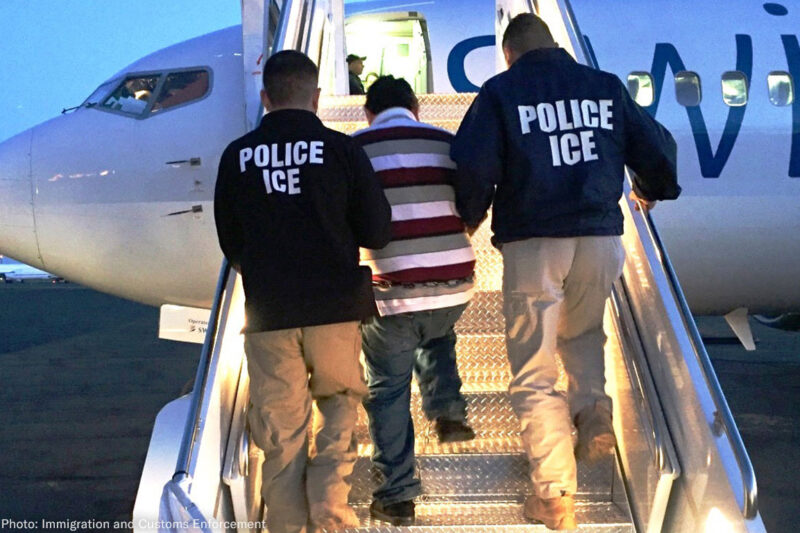 In 2009, the Boston Immigration and Customs Enforcement field office initiated a program called “Operation Indonesian Surrender,” which it characterized as “a humanitarian effort” meant to “bring folks out of the shadows” and send the message to Indonesian Christian community members that “we will work with you.” Eight years later, ICE is trying to deport all the participants.

The American Civil Liberties Union has joined a lawsuit to halt the deportation of more than 50 Indonesians, including 17 married couples with children who are U.S. citizens or have DACA (Deferred Action for Childhood Arrivals) status, some of whom have serious medical conditions. All of the families have lived in the United States for years and were known to ICE because of their participation in the program.

Working with a network of local churches, ICE sought out “upstanding members” of the local Indonesian Christian community in Strafford County, New Hampshire, who were residing in the United States under a final order of removal and had no criminal history. In exchange for identifying themselves, turning over their passports, and regularly checking in with immigration, these families were able to legally remain and work in the United States.

For the past seven years, Freddy and Poppy Sombah have participated in the program without incident. They both work at the same local manufacturing plant. Their son, Timmy, lives nearby, working as a fiber designer, as well as leading worship services in two churches. He recalls that his parents used to check in with ICE sporadically, sometimes as infrequently as six months or a year. But after President Trump took office, they had to report every month.

It’s been a difficult summer for the Sombahs. In August, without explanation, ICE ordered Freddy and Poppy to report to the Manchester, New Hampshire ICE office with two one-way tickets to Indonesia, departing the United States no later than Oct. 1. As a second blow, in September, the Trump administration ended the DACA program, under which Timmy currently has legal status.

It fell on Timmy to search for plane tickets for his parents, an experience that he says “totally broke my heart.” 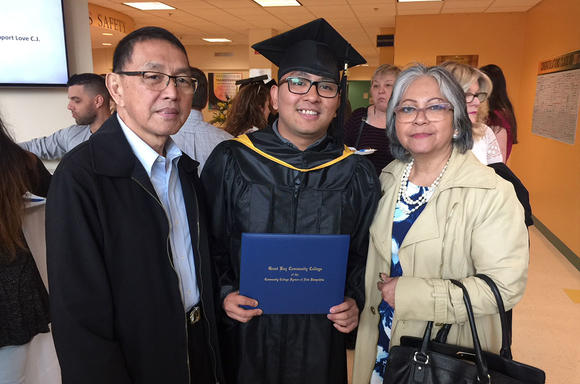 The Immigration and Nationality Act prohibits the government from removing a noncitizen to a country where that person’s life or freedom would be in danger because of race, religion, nationality, membership in a particular social group, or political opinion. Current conditions in Indonesia make it very dangerous for these individuals to return. ICE could easily allow the families sufficient time to find lawyers to seek to reopen cases based on the current conditions in Indonesia, ensuring that those who fear danger have the opportunity to go before a judge and make their case.

In its 2017 report, the U.S. Commission on International Religious Freedom ranked Indonesia as a “Tier 2” list of countries of concern, a group which includes Iraq, a nation to which deportations of Christians has been halted by another federal court.

In its haste, ICE is violating the due process rights of the Sombahs and many other families by attempting to remove them before they are able to seek the immigration relief to which they are legally entitled. A federal judge has temporarily halted any immediate deportations for participants in the “Operation Indonesian Surrender” program, while she weighs the full case.

Timmy can’t imagine his parents having to leave the United States — the country they’ve built a life in. When the Sombah’s took up ICE’s offer, they trusted it. No one could imagine that the program would end so abruptly, with no chance for families to seek relief.

“If I could be a citizen yesterday, I would have done it yesterday,” Timmy said. “People seem to think citizenship is like going to the grocery store — grab it, pay them, and you’re out. That’s just not the case.”