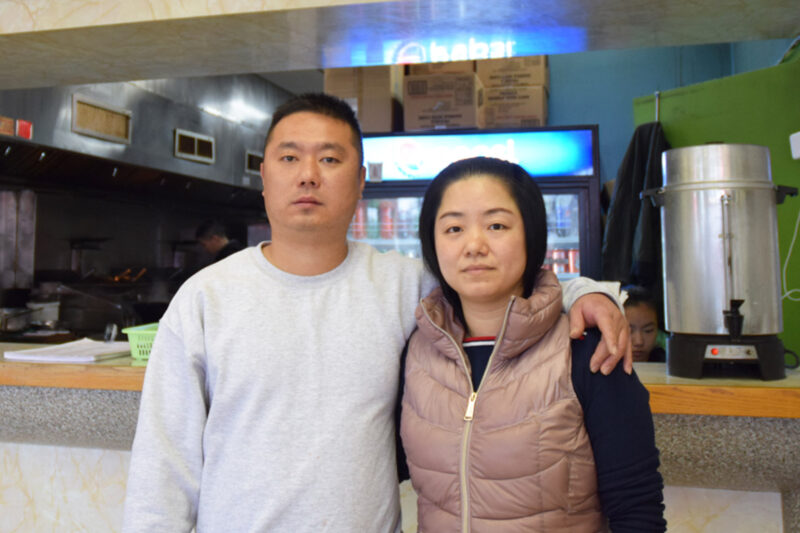 On Nov. 20, 2018, Wanrong Lin was stranded at an airport in Shanghai, China, almost 7,000 miles away from his wife, kids, and home in St. Mary’s County, Maryland. He found himself wandering China — with no money, no cell phone, and no goodbyes exchanged — after Immigration and Customs Enforcement illegally arrested and deported him when he and his wife showed up for his “marriage interview.” Alone back at home for weeks, Lin’s wife, Hui Fang Dong, tended to their three children, while running their Chinese restaurant alone.

The Lins are victims of ICE’s “bait and switch” practice, in which the agency separates immigrant couples who are applying for legal status in the U.S. based on their marriage after they show up for their required interviews with U.S. Citizenship and Immigration Services. This deportation strategy has occurred across the country with reported cases in Florida, Massachusetts, New York, and New Jersey, leaving families like Mr. Lin’s fighting to stay together in their homes for merely following government protocol.

But their separation — and this practice — is unlawful and unconstitutional, which is why the Lins are challenging it with the help of the ACLU.

On Friday, Maryland federal district judge, Judge George J. Hazel, will hear arguments seeking to prevent the government from attempting to deport Mr. Lin again during the pendency of the case. Ultimately, the ACLU is aiming to prevent Mr. Lin’s deportation while he works through the process to obtain a green card. The government is primarily arguing that federal district courts are barred from hearing Mr. Lin’s case. But that’s wrong: Any jurisdictional bar in this case would pose serious constitutional problems.

The Lins also argue that the government’s bait and switch practice is a violation of immigration rules and regulations, the Administrative Procedures Act, and the Due Process Clause of the Constitution. Injunctions have already been obtained in similar cases in New Jersey and New York stopping ICE from engaging in this unlawful and unconstitutional bait and switch practice.

Hui Fang is a naturalized U.S. citizen from China, and Wanrong is an undocumented immigrant from China who has lived peacefully in the U.S. for nearly 20 years. After an extended courtship and marriage in 2004, they had three children together and opened up a Chinese restaurant in the small Maryland town of California where they live. As an undocumented immigrant married to a U.S. citizen, Wanrong is legally allowed to apply for his green card. And in December of 2016, he chose to do just that.

Acquiring a green card begins with a petition to the USCIS and a “marriage interview,” where an immigration officer assesses whether the marriage is legitimate. When Wanrong and Hui Fang went into the Baltimore USCIS office and completed their interview, their petition was approved: Wanrong was authorized to move forward with the process.

But he never got the chance.

Shortly after the interview, Wanrong was brought into a separate room, handcuffed, and then thrown into immigration jail. He was denied the ability to say goodbye to his wife or children, who were just in the waiting room.

Wanrong was then detained for nearly three months until the ACLU of Maryland found out about his case and went to visit him. But that same night, at 1 a.m., ICE transported him from Maryland to New Jersey and put him on a plane to China. Just minutes before Wanrong was put on a plane, lawyers from the ACLU and Venable LLP learned of his imminent deportation and immediately filed a lawsuit, asking for an emergency order to prevent Wanrong from being deported.

But the plane took off anyway.

As the plane made its way toward Shanghai, Judge George Hazel of the U.S. District Court for the District of Maryland considered the arguments of ICE and the ACLU. In a dramatic ruling, shortly before the plane landed in China, Judge Hazel granted the ACLU’s motion for a temporary restraining order, ordering ICE to return Wanrong home and temporarily blocking ICE from removing him again.

“DHS and USCIS have promulgated rules for the express purpose of encouraging otherwise ‘reluctant’ undocumented spouses of U.S. citizens to seek immigrant visas,” wrote Hazel. “To allow ICE—a federal agency under the jurisdiction of DHS—to arrest and deport those who seek this legal protection would be to allow DHS to nullify its own rule without explanation.”

Although this ruling issued before the plane touched down in Shanghai, ICE agents nevertheless left Mr. Lin alone at the airport there, in a country where he had not lived for two decades. As the court pressed for answers back home, it took weeks for ICE to arrange for Wanrong’s flight back to the U.S.

Wanrong was eventually reunited with his family in Maryland for the winter holidays. But he still has to return for check-ins at the ICE office every six months. Although there’s currently a stay against his deportation, his immigration battle isn’t over yet.

Wanrong’s story epitomizes all that’s wrong and illegal with this “bait and switch” practice. It separates families without warning and leads to extreme emotional and financial hardship. As a result, this practice unconstitutionally shuts the door to families who are eligible for green cards through the process — part and parcel of the Trump administration’s cruel effort to traumatize immigrant families.