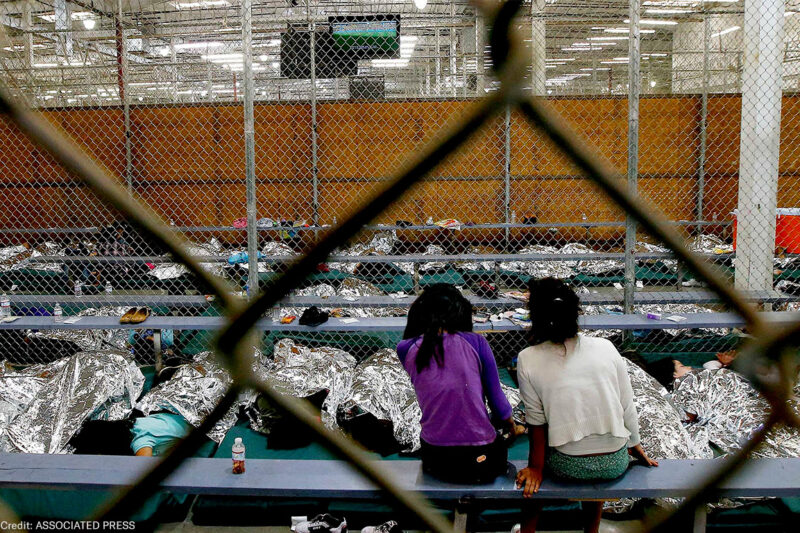 In recent months, at least seven children have either died in custody or after being detained by federal immigration agencies at the border. These children came to the United States desperate for shelter and safety, but found inhumanity and suffering, under our government’s care, instead.

Their deaths reveal just how dire the conditions are under which U.S. Customs and Border Protection (CBP) are holding hundreds of children. Detention facilities are dangerously overcrowded, where migrants are forced to wear soiled clothes for days at a time. To make matters worse, CBP also appears to be holding children for extended periods of time in direct conflict with the Flores agreement, a set of legal guidelines that provide humane conditions for immigrant children in detention — guidelines the Trump administration is now attempting to dismantle, arguing in court that it doesn’t require CBP to provide basic toiletries to keep children clean.

The government may argue that their hands are tied by a lack of resources, but the truth is that these horrors are simply the latest attempt to dehumanize asylum-seekers and migrants, including children, and deny them basic care and dignity.

U.S. Border Patrol, the law enforcement arm of CBP, has more than doubled in staff and funding since 2003. CBP has dealt with even higher levels of border crossers in the past and has 17 times the budget it did in 1990.

And yet, the department continues to have a heinous track record of rampant reported abuses in detention facilities, with adults dying on their watch as well as children, all with almost no accountability standards. There have been 97 fatalities at the hands of CBP agents since 2004, including the murder of Claudia Gómez González, an unarmed, indigenous 20-year-old woman who was shot and killed by a Border Patrol agent in May 2018.

The department has had ample time and resources to figure out their processes and be more forthcoming with a plan to address influxes of asylum seekers, particularly families, at the U.S.-Mexico border. Yet, they continue to be opaque in their answers to members of Congress and push misleading data about border crossings.

DHS’ campaign of deflecting and wearing down the American people’s standards for humane treatment of immigrants must stop now. It is unconscionable for our society to continue in this direction with the memory of preventable deaths now forever emblazoned on our history.

We cannot continue believing the falsehoods of the Department of Homeland Security and its agencies. Congress must demand transparency from DHS, so that real solutions to prevent these deaths can be enacted. Appropriators are currently deciding the next budget for DHS, including ICE and CBP, and they should ensure the agencies are not granted any more funding while children and adults continue to be abused and die while in custody.

The ACLU will continue its fight to ensure that immigrants are treated with justice and humanity. Our lawsuit to reunite families — which includes some of the children enduring these horrific CBP conditions — is ongoing. At the Border Rights Center, we are monitoring CBP to ensure that their actions no longer go unnoticed. And in Washington, we will fight to ensure that these agencies’ budgets do not increase, so that our taxpayer dollars do not fund the abuse of human beings.

The United States must provide dignified shelter and care to all people, including those accessing their legal right to seek asylum and refuge — period. We cannot afford any more lives lost.