Immigrants Shouldn’t Be Locked Up for Being Poor 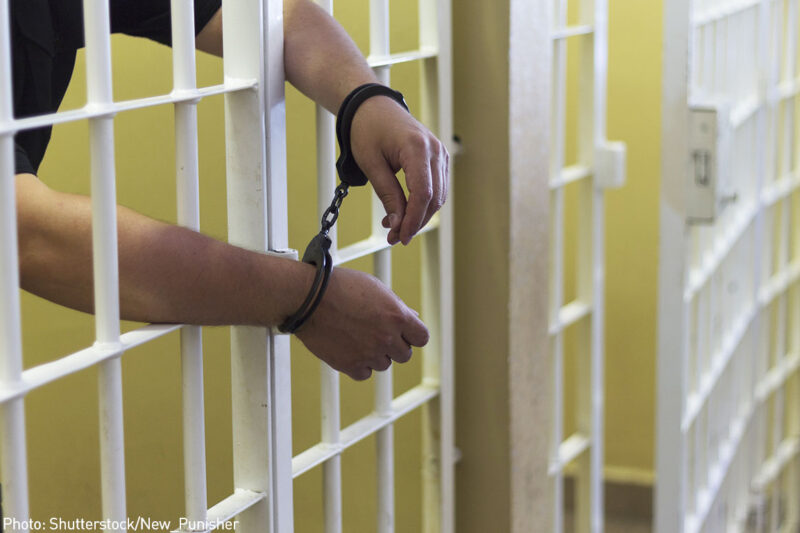 In the federal criminal bail system, judges are required to consider someone’s financial ability to pay a bond and determine if alternative conditions of supervision — check-ins, travel restrictions — are enough to get the person to show up for court.

But such protections don’t apply to immigrants locked up in detention centers. The result is that people like Cesar Matias, a gay man from Honduras, end up jailed simply because they’re poor.

Matias fled to the United States more than a decade ago to escape the persecution he suffered because of his sexuality. He worked as a hair stylist and in a clothing factory in Los Angeles, renting a small, one-bedroom apartment.

He never made enough money to save any because he had to spend all his earnings on rent, groceries, clothing, and other necessities.

Immigration authorities arrested Matias in March 2012 and locked him up in the city jail in Santa Ana, California, while his application for asylum under the United Nations Convention against Torture was being decided.

Eight months later an immigration judge found that he posed no threat to the community and no significant flight risk and ordered him released on a $3,000 bond.

Yet nearly four years later, Matias is still locked up simply because he can’t afford to make bail.

Today the ACLU filed a class-action suit in Los Angeles to end the federal government’s detention of immigrants like Cesar simply because they’re too poor to pay their bond. At least about 100 immigrants — and likely many more — are detained in the Los Angeles area on bonds they can’t afford, even though a judge has found they don’t need to be locked up.

Imprisoning people because they’re poor — whether citizens or immigrants — violates our fundamental commitments to due process and equal protection.

Imprisoning people because they’re poor — whether citizens or immigrants — violates our fundamental commitments to due process and equal protection. Indeed, the Department of Justice has argued that locking up criminal defendants “because of their inability to pay for their release” is unconstitutional.

A growing consensus of federal courts has come to the same conclusion. Yet, the federal government engages in this very practice when it comes to immigrant detainees.

Not only is this practice unfair and discriminatory — it also makes no sense. There’s no reason to keep people like Cesar locked up — at a rate of $159 a day — just because they don’t have bond money. And it really defies reason to continue to jail them when judges have already said that they can be released.

Indeed, there are compelling arguments that we should not rely on money bond at all to guarantee a person shows up in court since doing so discriminates against the poor without making our communities any safer. But where we use bond, we at least need to have basic protections in place to make sure that people aren’t locked up solely because of their poverty.