Inside the Family Separation Legal Drama 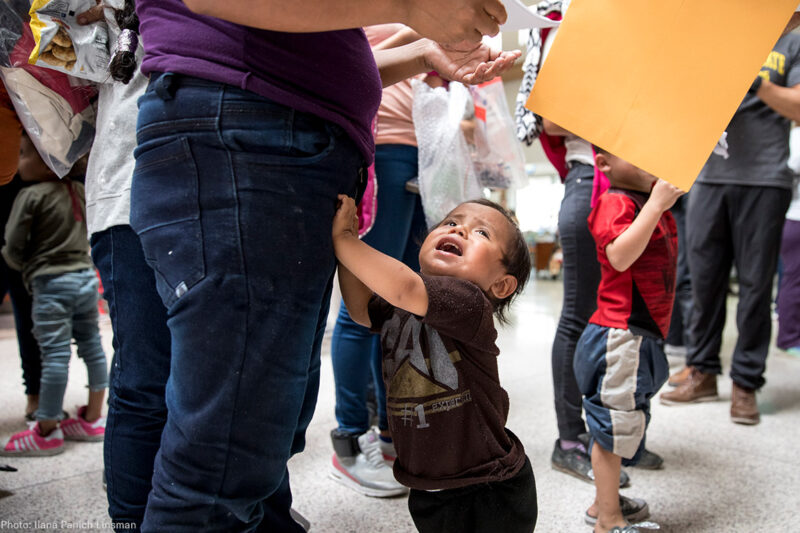 The federal judge who ordered the Trump administration to reunite the nearly 3,000 children it separated from their parents has temporarily blocked the government from deporting any of the families it reunites until at least July 23.

The ACLU had requested the temporary restraining order due to concerns that families may have been coerced into agreeing to voluntarily return to countries where they may be in danger because they believed that was the only way they could get their children back. We wanted to make sure that parents would have time to consider their options and be fully informed of their rights before making their decision.

The ruling came after a rollercoaster few days in which Judge Dana Sabraw both praised the administration for its good faith and compliance with court orders, then lambasted it for fundamentally misunderstanding what it was being asked to do.

On Friday, July 13, when Judge Dana Sabraw held a status conference on the government’s efforts to reunite the children by the July 26 deadline, he seemed pleased with the progress.

“There is substantial compliance,” Judge Sabraw said. “There is good faith being demonstrated, in no uncertain terms and measures, by the government. There is a collaborative process that is well underway.”

But when the hearing ended, and the government submitted its written brief on progress, Judge Sabraw was furious. He said the government appeared to have a “fundamental miscomprehension” of what it was being asked to do and demanded that an official with “decision making authority” from the Department of Health and Human Services appear in his courtroom on Monday morning.

The government brief included a declaration by Christopher Meekins, deputy assistant secretary for preparedness and response at the HHS, which argued that by ordering the agency to adopt a streamlined process for verifying parentage, the court was endangering children.

“While I am fully committed to complying with this Court’s order, I do not believe that the placing of children into such situations is consistent with the mission of HHS or my core values,” Meekin said.

At issue is this: The Office of Refugee Resettlement, the agency that has custody of the children separated from their parents, normally has custody of children who crossed the border without their parents. Those children are held in ORR custody until that agency finds a suitable sponsor for them in the United States. Sometimes that sponsor is a parent, who is already in the U.S., or another relative or a friend.

In those circumstances, ORR conducts time-consuming vetting processes that include criminal background checks of the sponsor and every other adult living in the household as well as finger printing, possible DNA tests, and home visits.

Judge Sabraw made it clear to the agency that this process was created for sponsors who were applying to get custody of an unaccompanied minor, but that a more streamlined process was required for children who were forcibly taken away from their parents. The government simply needed to determine if the parent was really the parent, and whether or not the parent had a criminal history or something else that might jeopardize the child’s welfare. He said that where there any doubts as to parentage, the government should conduct DNA tests.

But in his declaration, Meekins alleged that by streamlining the process, the court was forcing the government to relinquish important security procedures that could result in a child being put into a dangerous situation. He also indicated that the agency was no longer doing DNA tests and was being forced to reunify children with parents before parentage could be confirmed.

“It is clear from Mr. Meekins’s Declaration that HHS either does not understand the Court’s orders or is acting in defiance of them,” Judge Sabraw said. He added that Meekins appeared to be providing cover for the government’s “lack of foresight and infrastructure necessary to remedy the harms” caused by separating families and that HHS appeared to be “operating in a vacuum, entirely divorced from the undisputed circumstances of this case.” Judge Sabraw then ordered the government to submit its plan for reunifying the children with their parents, which the government did on Sunday.

When court resumed on Monday morning, Jonathan White, the deputy director for HHS’s Office of Human Services Emergency Preparedness and Response, was in the California courtroom to answer questions.

By then, the government had submitted a plan for family reunification to the court, which addressed many of Judge Sabraw’s concerns.

Judge Sabraw said he was pleased with the plan, which he said, “does all of the things that I thought the court had made clear from day one.” White assured the court that reunifications were already under way, stressing that the government was working to reunify all of the children quickly and safely.

After providing considerable detail on the numbers of children and their parents, and assuring the court that that the government would work to provide as much notice as possible before reunification so that non-governmental organizations could be present to provide for the families’ needs, Judge Sabraw appeared to wind up exactly where he started on Friday morning — satisfied that the parties were working together to reunite as many children with their parents as quickly as possible.

The next status conference is scheduled for July 20. Strap in.