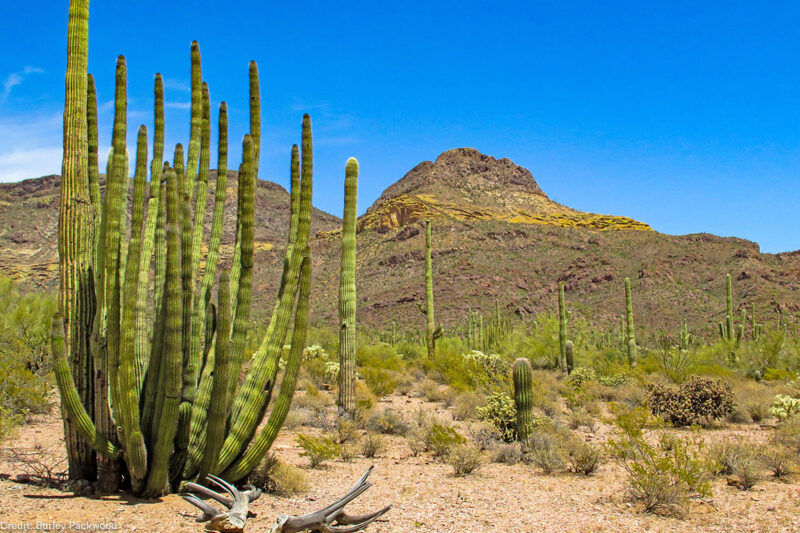 The ecological destruction of Arizona, New Mexico, and California hangs in the balance as courts decide whether to block President Trump’s abuse of emergency powers to secure funds for a border wall Congress denied.

On Feb. 15, 2019, President Trump declared a national emergency so that he could raid the military budget for billions of dollars for border wall construction. The declaration came after the president put the country through the longest government shutdown in U.S. history over Congress’s refusal to fund his border wall. It also came after Congress allocated a small portion of the money that Trump demanded and imposed restrictions on where and how quickly any border barriers could be built.

We at the Sierra Club, along with the Southern Border Communities Coalition and American Civil Liberties Union, sued immediately. Allowing the president to illegally divert military funds for a border wall that Congress denied places millions of borderland residents at exponentially heightened risk of environmental and societal catastrophe. It also violates the clearly defined separation of powers inscribed in the Constitution.

At risk are public lands like the Organ Pipe Cactus National Monument, the San Pedro River, San Bernardino National Wildlife Refuge, and the Cabeza Prieta National Wildlife Refuge, which is home to the endangered Sonoran pronghorn. These pearls of nature host endangered wildlife and could be decimated by border wall construction. The construction would undermine years of cooperative conservation efforts by the U.S. and Mexico, jeopardize wildlife, and destroy this country’s national heritage. If President Trump can get away with this, what’s then stopping him, or a future administration, from doing the same along the Lower Rio Grande Valley National Wildlife Corridor and the Rio Grande itself?

Those of us fighting the border wall in South Texas are defending the little-remaining biodiversity along the Lower Rio Grande delta, which to us is a community and a national treasure. Since 1979, the Friends of the Lower Rio Grande Valley Wildlife Corridor have worked to maintain this stretch of native habitat, which spans from Falcon Dam to the Gulf of Mexico. It’s critical for a rich variety of resident and migrating wildlife species, and the region itself hosts 17 species that are federally listed as endangered or threatened. The corridor is also essential for residents’ aesthetic and recreational rights, which our lawsuit defends. We must do all we can do to protect our environment. Our communities along the border feel the same way.

The government has argued in court that border wall construction is needed to prevent illegal drugs from entering the country. But according to Customs and Border Protection’s own figures, the vast majority of heroin, cocaine, methamphetamine, and fentanyl was seized at legal crossing points during the first 11 months of the 2018 fiscal year. Additionally, the U.S. government has never demonstrated that border barriers prevent or decrease the amount of illicit drugs entering the country. Far from “securing” already safe communities, border militarization would only criminalize and punish innocent residents living by the border, while giving powerful government agencies the impunity to do it.

Erecting a 30-foot bollard wall in the middle of picturesque natural lands will only accomplish further militarization of the southern U.S. border and the rupturing of local communities. Rather than being known for rich biodiversity, habitat, and communal solidarity, border walls would bring misery to the lives of people living on both sides of the border, stigmatize our neighborhoods and homes as “drug corridors,” and cause irreparable harm to our aesthetic and recreational pursuits. These effects will be real and felt for generations. As Roy Armenta said in a declaration as part of our lawsuit, “A wall will make us feel like we’re in a prison, incarcerated in our own lands.”

The constitutional and civil rights of border residents have been chipped away systematically for the sake of border wall construction over the past three decades. Instead of following the legal process to carry out this construction, the Department of Homeland Security chooses to waive dozens of bedrock environmental laws that protect wildlife and communities.

As California District Judge Haywood Gilliam wrote: “The position that when Congress declines the Executive’s request to appropriate funds, the Executive nonetheless may simply find a way to spend those funds ‘without Congress’ does not square with fundamental separation of powers principles dating back to the earliest days of our Republic.”

To allow the federal government to use military funds for such disastrous projects would worsen an already grave situation and create a dangerous precedent that will be further used to target communities of color, border communities, and immigrant communities. Courts should defend the many millions of people whose rights this country’s judicial system is entrusted to uphold when making its decision on the president’s abuse of emergency powers.

Jonathan Salinas is a community organizer and writer in South Texas. He sits on the Executive Committee of the Lower Rio Grande Valley Sierra Club.