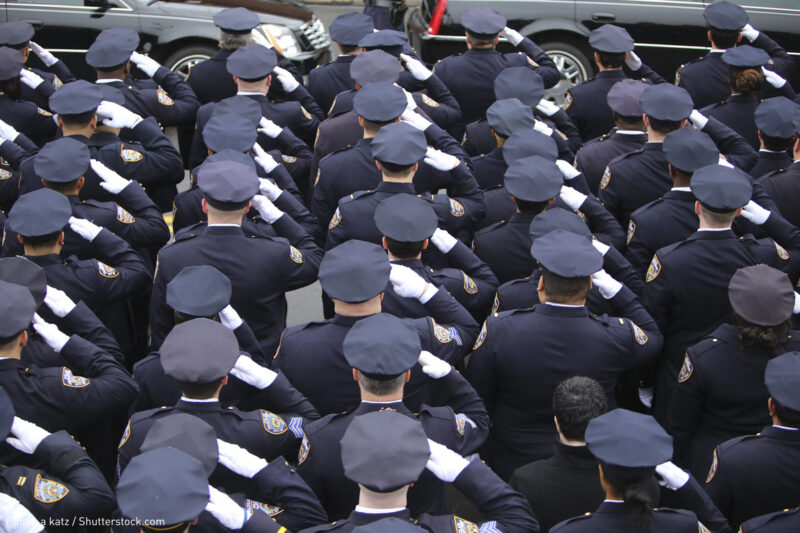 One of the worst federal immigration enforcement programs is being resurrected by the Trump administration.

The Department of Homeland Security’s 287(g) agreements that deputize state and local police with immigration enforcement powers are back from the dead. Because of egregious violations under this program by tyrants like Sheriff Joe Arpaio in Maricopa County, Arizona, Immigration and Customs Enforcement had reduced the number of agreements to about three dozen by the end of 2016. Importantly, the remaining participating jurisdictions are limited to jails, rather than applying to police officers who work in the field, so the notorious 287(g) “task forces” that facilitated Arpaio’s racial profiling and discriminatory raids on immigrant communities were eliminated.

Although jail agreements are less visible than the task force model Arpaio and others exploited, they create similar confusion in communities. Residents ask: Is my local law enforcement agency there to serve and protect me, or could they deport me and my family? If I call them for help, will they act like ICE agents, even if I’m a victim of or witness to crime?

Trump’s executive orders promise to bring back Arpaio-like task forces and greatly expand the number of 287(g) jails to interview arrested people about their immigration status, decide whether to start deportation proceedings, and detain them for immigration purposes. In fact, just this week ICE is considering 18 new jail applications in Texas, Florida, South Carolina, Tennessee, and Virginia to become part of the 287(g) program. This includes Knox County, Tennessee, a location rejected by the Obama administration. Its sheriff has spoken in dehumanizing fashion about wanting to “stack [immigration] violators like cordwood” in his jail.

Knoxville’s police chief and mayor, however, have very different views: “The police department’s longstanding policy is that when responding to a call, they do not ask about immigration status or citizenship status, it’s not their job,” the mayor said. “We want people to feel comfortable calling the police department if they need help.”

Not surprisingly, many applicants who want to become part of Trump’s deportation force have troubling civil rights records, a sample of which we recently submitted to DHS. At Knox County’s deplorable jail, one of the many reported abuse cases involved an individual with mental health needs and cerebral palsy who was tackled, had his head slammed against the concrete floor, and was viciously assaulted by detention facility staff. He was then placed in a “restraint chair” as punishment, preventing his legs, arms, and torso from moving. Cordwood indeed.

On top of all of the civil rights and civil liberties concerns, 287(g) is also a bad deal for local jurisdictions because it will cost them money that should be used for other priorities. Harris County in Houston, Texas, rescinded its 287(g) agreement earlier this year, after the sheriff decided, in part, that he could better spend $675,000 every year. The American Immigration Council’s excellent analysis of the program’s history makes clear that “state and local governments have to pay the majority of [287(g)] costs . . . including travel, housing, and per diem for officers during training; salaries; overtime; other personnel costs; and administrative supplies.”

In the short time since the ACLU and allies began to raise the alarm over the 287(g) expansion last month, local communities have expressed concern about the back-room nature of program applications, which are not made public. Montgomery County in Texas even denied that it had applied, and the sheriff in Fauquier County, Virginia, near Washington, D.C., tried to downplay his application with several misleading statements about the program, which the ACLU of Virginia quickly called out.

The bottom line is this: No jurisdiction should enlist in Trump’s deportation force by applying for or signing a 287(g) agreement. Community trust is the key to public safety, and leading law enforcement groups such as the Major Cities Chiefs Association say that entangling federal immigration enforcement with state and local policing, as 287(g) does, is mistaken and harmful. DHS should also never partner with jurisdictions that have records of abuse and anti-immigrant animus.

Tell your sheriff and police chief to say no to Trump’s deportation obsession and boost community policing by rejecting the failed 287(g) program.