Locked Up as Punishment for Seeking Safety 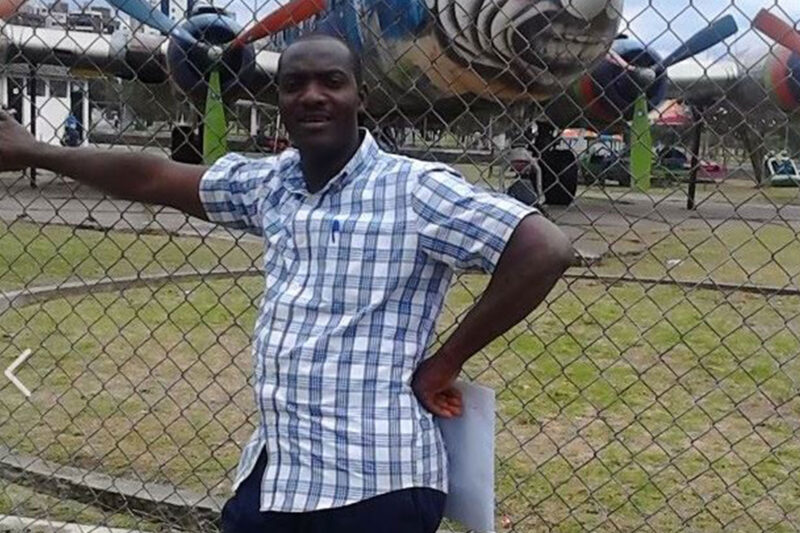 Ansly Damus fled Haiti under fears of persecution and is currently imprisoned while awaiting asylum.

Editor’s Note: Mr. Damus shared his story about his imprisonment from his jail in Chardon, Ohio. It was translated from Haitian Creole.

In another life, I was a teacher. I stood in front of young people, delivering lessons on ethics and morality, as well as math and physics. Now, I am a prisoner. For the past 16 months, I have been locked inside the Geauga County Safety Center in Chardon, Ohio.

“Safety Center” is a strange name for a jail with no outdoor space, where immigrant detainees are kept in windowless rooms. I have not felt fresh air in my lungs or the sun on my face for more than a year. I have not felt safe for years.

My troubles began on Sept. 15, 2014. I was leading a youth seminar in my hometown of Grand-Riviere-du-Nord, Haiti. I was mid-discussion on the problem of corruption in Haitian politics when I named a local government official — Benjamin Ocenjac — as an example of someone who works with gangs to terrorize the population.

That very day, I was attacked by members of “La Meezorequin,” the Shark Bones Army, a well-armed gang that supports Mr. Ocenjac. Men dragged me off my motorcycle and savagely beat me — leaving me with scars which I bear to this day. They set my motorcycle on fire and threatened to kill me.

Fearing for my life, I fled Haiti 10 days later, leaving behind my wife, two young children, parents, and siblings. I was in Brazil for 18 months, living first at a refugee camp, and later in a shared, rented room. I found work in construction but faced discrimination. I was told I was an animal, that people like me were flooding the country to steal jobs. There was no life for me there, but I was afraid to go back to Haiti.

In October 2016, I arrived at the California border to seek asylum. I was interviewed by an officer who found that I had a credible fear of persecution. In April 2017, an immigration judge granted my asylum application, giving me the opportunity to start a new life in the United States. However, the government appealed the decision and the Board of Immigration Appeals called for more proceedings to determine if my time in Brazil had rendered me ineligible for asylum, as the government claimed. I had a second hearing and, in January 2018, the judge once again granted my asylum. She found that I was eligible for asylum in the U.S. and that I would continue to face threats from La Meezorequin, who had since been harassing my wife, should I return to Haiti.

The government appealed again, sending my case into further proceedings.

All the while, I have been imprisoned. Some would call it detention, a euphemism. But I am a human being trapped behind metal bars and walls, with no access to the outdoors, the internet, or email. For the past 11 months, there have been no other French speakers at Geauga whom I can talk to. I spend my days in near total isolation, finding comfort only when I’m reading my Bible.

My teacher’s mind struggles to find a lesson in my experience, but I can’t make sense of this. The United States has allowed people fleeing persecution to apply for asylum for decades, both as part of its laws and culture. When I feared for my life and arrived at the border, it felt like the U.S. had extended an open hand to me. Yet in accepting it, I have been condemned to indefinite imprisonment, even though I have committed no crime.

I know that I am not the only one in this situation, and this isn’t the way that it should be in the United States. Growing up, I always heard talk about America and its promise. In previous years, those who sought asylum were released on humanitarian parole while their cases were decided, but now the government has simply stopped letting people out.

At Geauga, I have seen other asylum-seekers give up and return to countries where they fled danger because the price of seeking safety — imprisonment for months or years on end — was just too high. I am still fighting. The ACLU and partners filed a class action lawsuit on my behalf as well as for more than a thousand other asylum seekers who are currently locked up across the United States. We are suing the Department of Homeland Security for depriving us of due process.

In telling my story and fighting for basic rights, I’m hoping that America will prove to be better than this.

Correction: An earlier version of this article incorrectly said that Ansly had broken bones following the gang’s attack on him in Haiti. He did not.