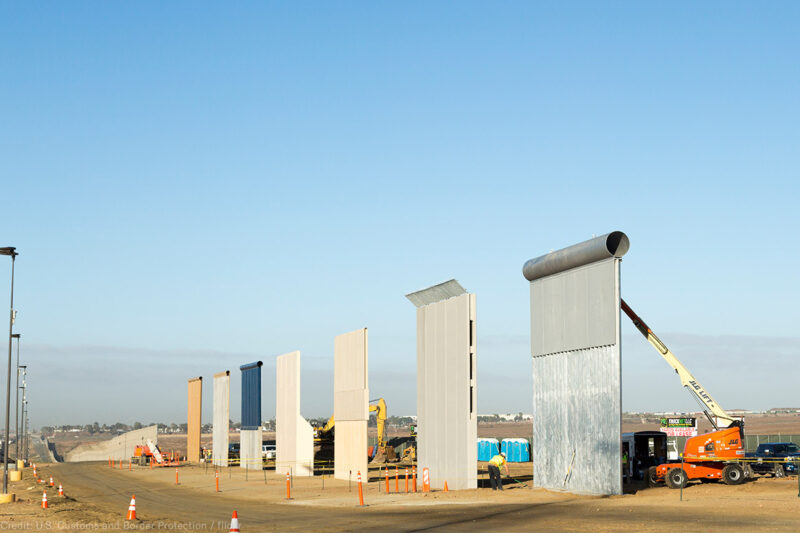 On Tuesday night, President Trump will address the nation in a primetime speech in which he’ll make his case for a 1,000-mile border wall, followed by a trip to South Texas’ Rio Grande Valley on Thursday.

But Trump’s characterization of the situation on the southwest border is driven not by facts but by his own nativist agenda and political obsession with building a wall. In advance of the speech, here are some things you might hear, fact-checked.

Lie 1: Border crossings are at or near an all-time high.

Border crossings are at some of the lowest levels in decades. Trump and his aides fabricate facts and spread misinformation in order to justify many of the president’s false claims about the border, even though the Department of Homeland Security itself reports differently. The Border Patrol’s own statistics show that the number of migrants apprehended at the border last year was the fifth lowest total since 1973.

While the Trump administration has repeatedly cited increased migration from Central America as a national security-based justification for the wall, a majority of these migrants are families and unaccompanied children who voluntarily present themselves to immigration authorities. Indeed, the average Border Patrol agent is apprehending fewer than two people per month, and about 60 percent of these migrants are families and children.

Lie 2: Terrorists are entering the country through the southern border, creating a national security crisis.

Many of the migrants at our southern border are refugees from violence with a right to apply for asylum in the United States. Many are families with young children or children alone. There is no evidence that any terrorist group is sending people through Central America.

White House Press Secretary Sarah Sanders was recently called out for making false claims about thousands of supposed terrorists attempting to enter the country through the U.S.-Mexico border. The Justice Department confirmed to NBC News that “no immigrant has been arrested at the southwest border on terrorism charges in recent years.”

The Trump administration has claimed that a wall is needed in order to stop gang members from coming into the U.S., but many of these migrants are in fact fleeing gang violence and recruitment in their home countries. We have also seen a pattern where government officials have wrongly labeled young migrants as gang members with false and unsubstantiated claims, hyping the threat of groups like MS-13 and threatening the rights of innocent young people.

Trump is raising the spectre of gangs to spread harmful stereotypes about immigrants, distort and invent numbers of alleged gang members apprehended at the border, and punish the very people who are most affected by gang violence.

Lie 4: The wall would stop drugs from pouring in through the border.

The president likes to suggest that construction of a border wall will help bring an end to drug addiction problems in America.

However, the clear majority of illegal drugs, including opioids, enter through legal ports of entry, and a wall would have no impact on the use of passenger vehicles, boats, planes, and tractor trailers that are primarily used to smuggle drugs.

There are over 650 miles of existing border barriers. A report by the Government Accountability Office found that Trump’s ill-conceived wall plan would waste billions of dollars and might “cost more than projected, take longer than planned, or not fully perform as expected.”

It is also unlikely that new barriers will reduce migration, the project’s purported aim: A recent study by Stanford and Dartmouth economists found that the addition of hundreds of miles of border barriers as a result of the 2006 Secure Fence Act barely had any effect on migration. Our recent report, “Death, Damage, and Failure,” details the harms resulting from border walls. The name sums up how destructive and unnecessary Trump’s wall is: We can’t let him and his administration lie and extort their way to building any of it.

Members of Congress know that neither the facts nor the public are on his side. A majority of Americans are opposed to Trump’s border wall follies, including his disgraceful and futile push to use a government shutdown to force Congress into giving him billions of dollars in new wall funding.

Congress should continue to reject demands for wasteful border wall funds and instead vote on pending bipartisan measures to reopen the government.