Many Deported as "Recent Border Crossers" Are Neither Recent Nor Anywhere Near the Border, Nor Crossing It 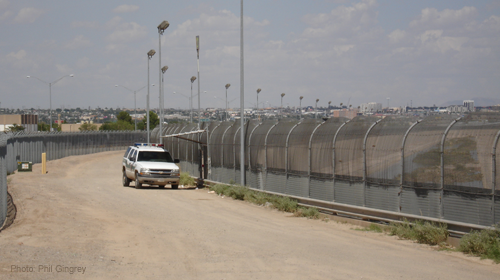 This piece originally ran on MSNBC.com.

In an attempt to convince the public that its enforcement of immigration laws is fair and compassionate, the Department of Homeland Security emphasizes its supposedly careful targeting of “recent border crossers.” This spin on “border removals” conjures up individuals apprehended in the act of crossing an actual border or shortly thereafter.

But those deported as recent border crossers, by DHS’s own admission, don’t have to be either recent crossers or near a border. So what gives?

Last June, the head of ICE’s removal operations explained to Congress that so-called border removals occur whenever ICE deports an individual within three years of entry – regardless of whether the initial entry was authorized – or whenever an individual is apprehended by Customs and Border Protection. That means anyone apprehended by CBP counts as a border removal – regardless of how long they’ve lived in the United States. Because CBP refuses to screen the individuals it apprehends for their ties to the U.S., and DHS overuses procedures that bypass deportation hearings before a judge, many “border removals” are never fully assessed to determine whether they have a legal right to stay.

Don’t be fooled by the word “border” in CBP’s name. The agency operates in a vast zone stretching 100 miles from any land or sea border. This includes entire states like Florida and Maine as well as almost all of the country’s top metropolitan areas. CBP’s unnecessary, and massive, militarization of the border region has produced rampant abuses ranging from racial profiling to excessive force. CBP uses interior checkpoints and roving patrols located far from the border to apprehend individuals who are not recent border crossers by any stretch of the imagination. Data from 2011, the most recent publicly available, show that a quarter of CBP apprehensions took place more than 20 miles from a border.

That matters to families like Alfredo’s. In February, Alfredo was referred to the Border Patrol after Ohio police stopped a car he was riding in. There’s one obvious problem with this: Ohio’s only border is in the middle of Lake Erie. Alfredo’s case, recently brought to light by America’s Voice, would count as a border removal. He’s lived in the U.S. for 24 years, since he was 16, but he was deported 14 years ago. His U.S. citizen spouse at the time – nine months pregnant with their first child – urged him to return. Since then, Alfredo has taken care of his family, with no arrests or other problems.

Is this the profile of a recent border crosser?

DHS claims that its border removals do not target recent entrants with deep family ties to the United States. A recently published report from the ACLU of New Mexico, “Torn Apart: How U.S. Immigration Policy Fragments New Mexican Families,” shows how untrue that is.

Here’s one example: After 8 years living in New Mexico, 16-year-old Sergio was picked up by Border Patrol on his way to harvest lettuce, 70 miles from the border. That morning his widowed mom, Esperanza, sent him out the door with a lunch. The next time she spoke with Sergio, he was more than a thousand miles away in Central Mexico, a country he knows little about. Sergio’s deportation hit his two younger brothers hard, especially six-year-old Israel. When he sees one of Sergio’s belongings around the house, he picks it up and asks Esperanza when she’ll bring Sergio back.

Stories like Sergio’s show that deporting people without considering their individual circumstances is callous and inhumane. It is damagingly inaccurate for DHS to assert that everyone caught within 100 miles of a border lacks ties to the United States. Indeed, the Migration Policy Institute recently reported that “a high proportion of … border crossers are likely to be long-time non-citizens who are returning to the United States … because they have homes and families here.”

DHS must stop misleading the press and public about recent border crossers and border removals. A person’s unique situation and ties to the United States should matter more than which agency apprehended her and where it occurred. The government should always take into consideration how a person’s deportation will affect their family members and the communities they contribute to daily. It benefits no one to deport productive members of the community.

DHS is currently conducting a review of its enforcement practices. The stated goal was to make the process more humane. President Obama has unfortunately delayed any action on this review until the end of the summer. This delay gives him more time to consider the cruelty and absurdity of our current approach to the tens of thousands of “recent border crossers” we deport every year despite longstanding ties to the United States.